This species has previously been known only from the type locality in Germany. Type specimens, both males and females, were described as brachypterous, an observation leading the describing authors to place the species in a genus of its own, Microcordylomyia ( Mamaev & Mohrig 1975)  . Jaschhof (1998), arguing that brachyptery should not serve as a criterion for defining a genus, reclassified the species in Neurolyga  . Swedish specimens of N. degenerans  , all males, have wings of normal length and with fully developed veins, but without setae on the membrane and without the costal break. Other characters are in accordance with that described by Mamaev & Mohrig (1975) and Jaschhof (1998). Male genitalia are here illustrated in detail for the first time ( Fig. 8View FIGURE 8 B). The three Swedish sites where N. degenerans  was found include grassland on calcareous ground, the same as at the type locality, so this habitat appears to be specific to this micromyine and might explain its rareness. 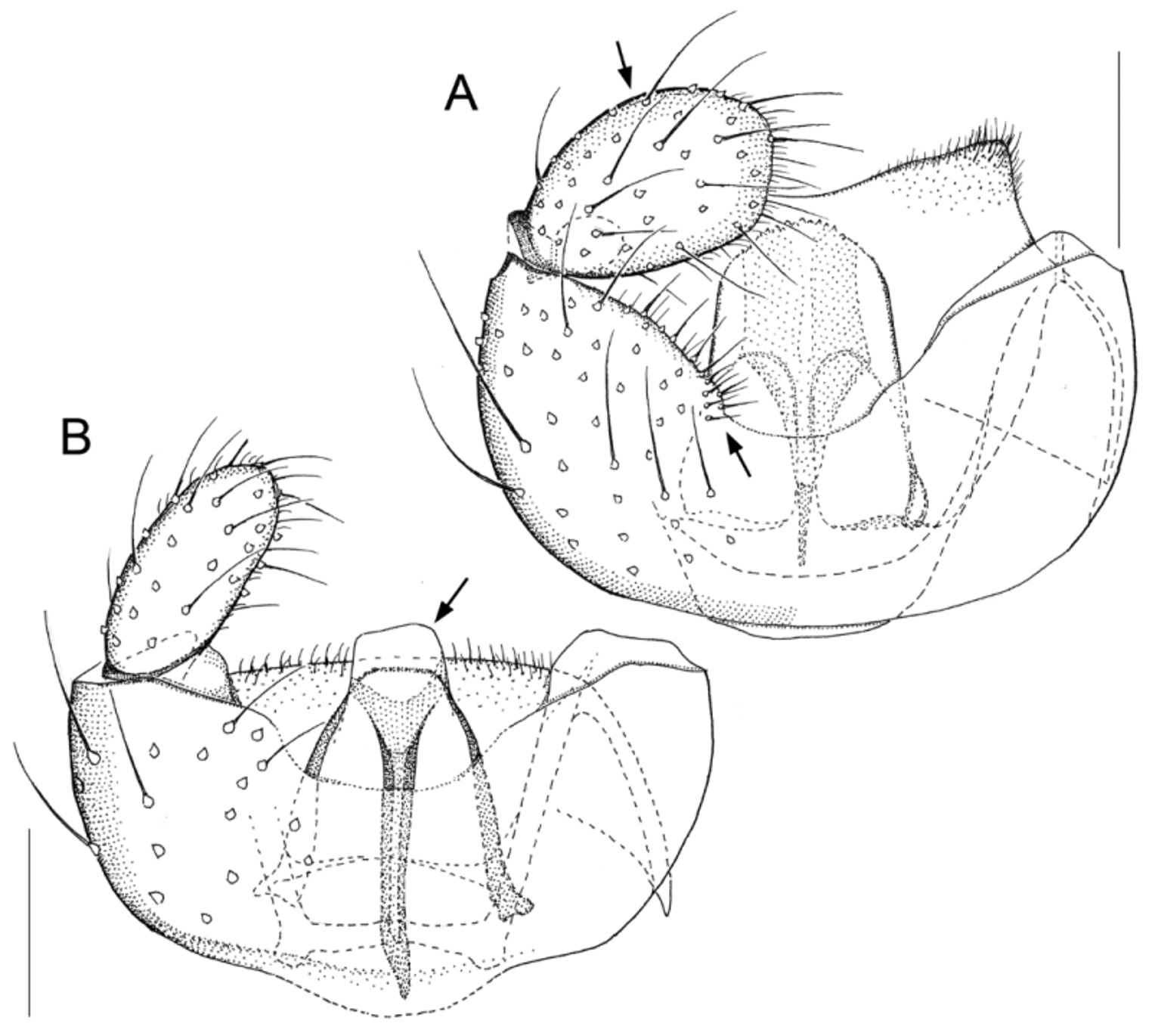