Aprionus latens  has so far been known only from the type locality in Ukraine ( Mamaev & Berest 1990). Our two male specimens from central Sweden fit the redescription of this species by Jaschhof (1998), except that the tegmen has membranous folds subapically (presumably indicating the presence of cavities within a threedimensional structure). Also, the subanal plate, albeit weak, is present (↓) (previously described to be absent) ( Fig. 3View FIGURE 3 B). The presence of a fingernail-like tooth on the gonostylus apex, as presumed by Jaschhof (1998), is herewith confirmed. 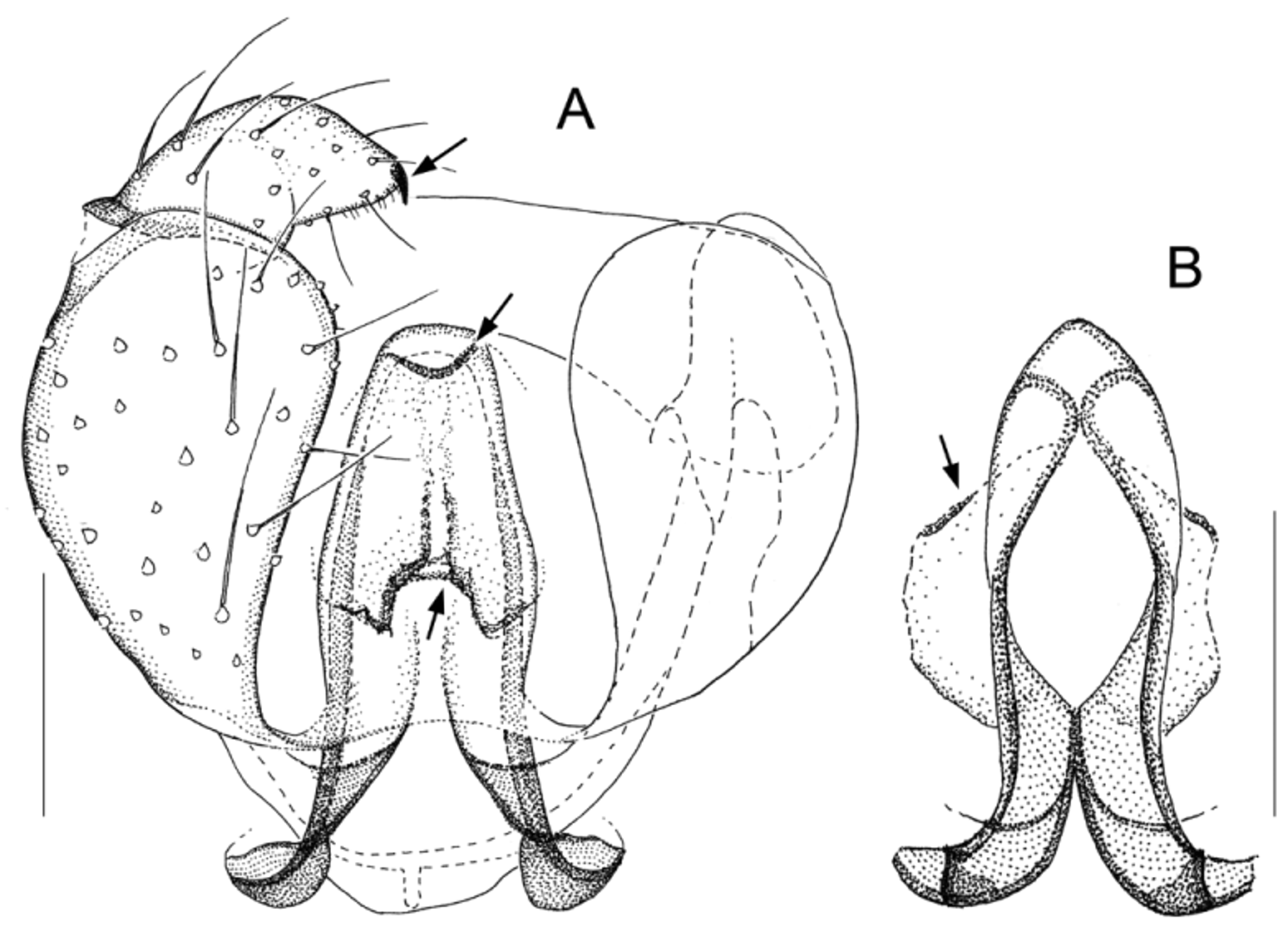