Diagnosis. Asynapta suzzae  is a large and strongly pigmented species of Asynapta  . Male genital characters specific to this species are as follows. The gonostylus has a strong swelling ventrosubapically that bears 2 long bristles (Fig. D, ↓) (each 1 additional bristle is inserted dorsally and on the outer margin of gonostylus). There is the general tendency in Asynapta  that gonostyli are swollen ventrosubapically, but in A. suzzae  this feature is very obvious. Furthermore, the medial gonocoxal bridge bears a pointed, glabrous protuberance (Fig. D, ↓). These two characters in combination are absolutely diagnostic.

Etymology. This species is named after Suzanne („Suzza“) Petersson, Färjestaden, Öland. Ms Petersson emerged the winner of a public panel game addressing entomology, which was arranged by Station Linné on September 26, 2014. The win enabled her to propose a new species name of her choice. 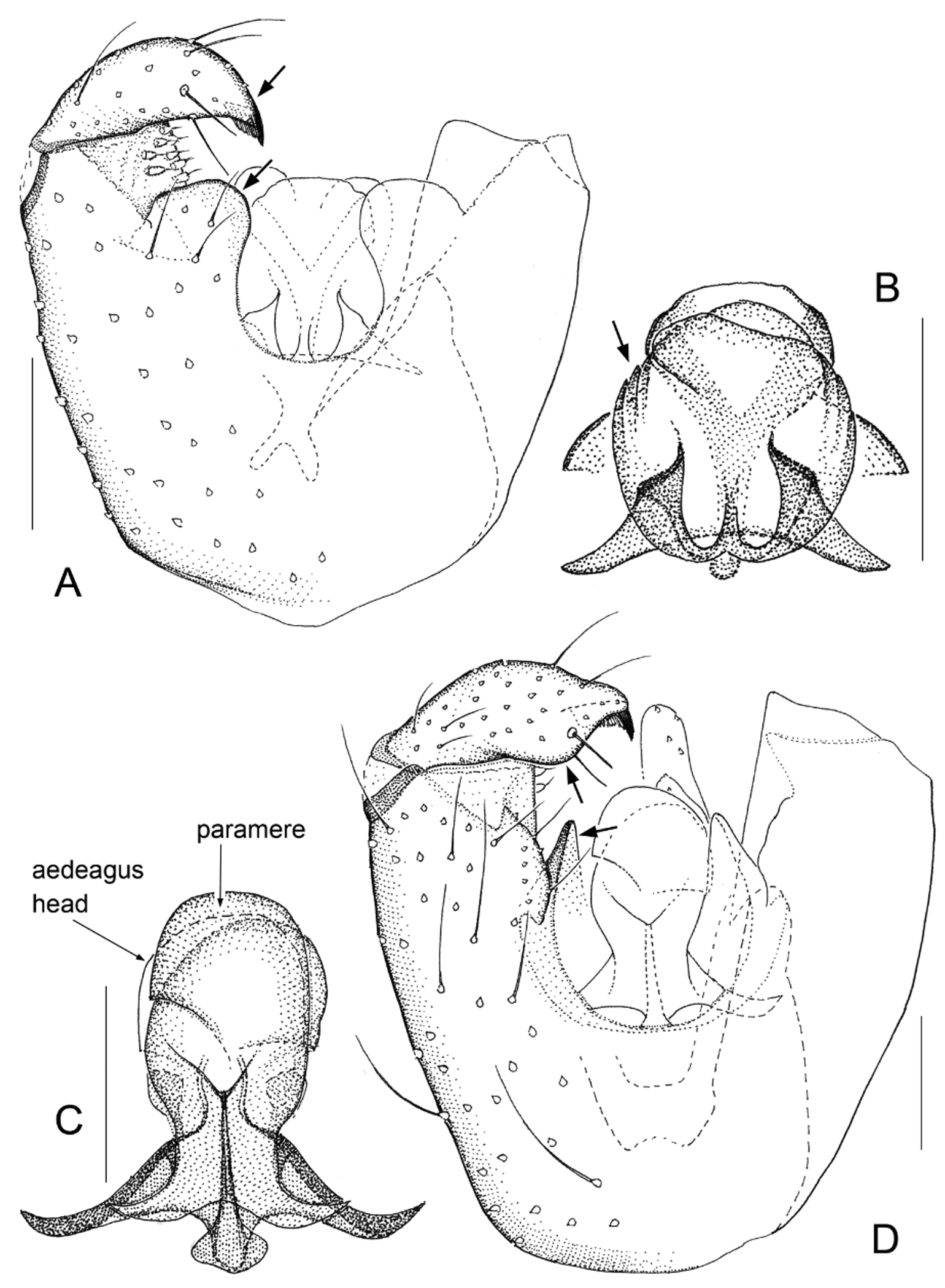