Remark. This new species has long been known to the senior author from specimens collected in Germany, none of which is in a condition adequate for description.

Diagnosis. Aprionus lindgrenae  is another new species belonging to the smirnovi  group. The spineless gonostyli are typically directed dorsally, with their apical portions tapered and densely covered with long microtrichia (↓). The tegmen is fingerless as is characteristic in the smirnovi  group; its apical portion is slightly bent dorsally and sculpted with folds (↓). As an unusual feature in Aprionus  , the subanal plate of A. lindgrenae  bears 1–2 pairs of setae (↓).

Etymology. This species is named after the recently deceased Erika Lindgren, Vassmolösa, Småland. With Erika gone, all of us have lost a pleasant person and SMTP has lost a knowledgable, dedicated associate. 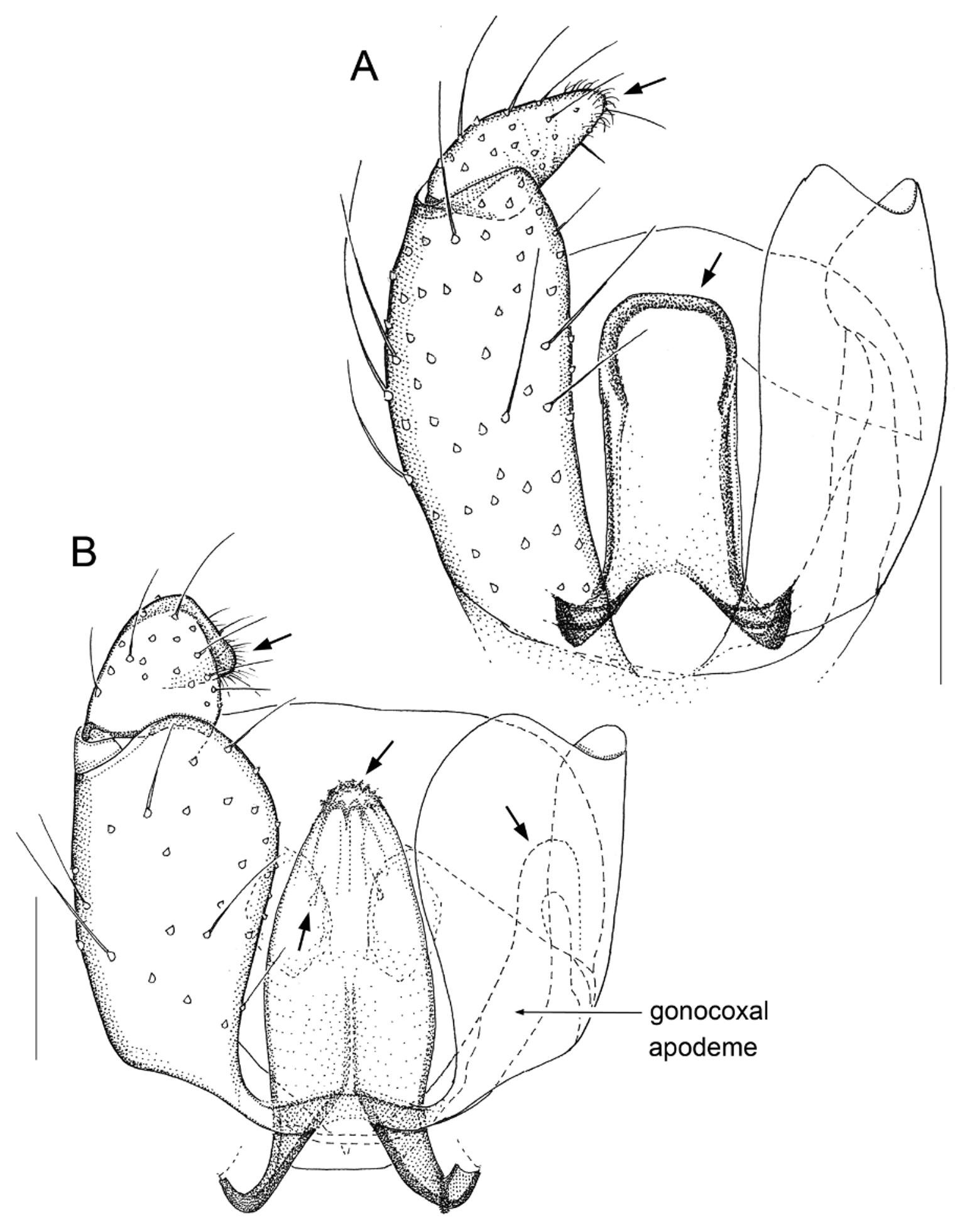