Coelogyne victoria-reginae  is closely related to C. prolifera  by having the elliptic mid-lobe with two lamellae terminating at 2/3 on to mid-lobe, ovate or oblong lateral lobes. However, the new species can be distinguished from the latter by the ovoid pseudobulb and 1.1-1.4 cm apart on rhizome, flower brownish-red, lateral sepals (10-11 ×5.5– 6.0 mm) significantly larger than dorsal sepal (7.0-8.0 × 4.5-5.0 mm).

The new species is named after Victoria Mountain region, NatmaTaung National Park, Chin State, South-western Myanmar, where it was discovered in a vast area of mountain forest.

Flowering occurs in April and May.

Coelogyne victoria-reginae  is only known from the type locality. It grows as an epiphyte on tree trunks in subtropical evergreen broad-leaved forest, which is dominated by Lithocarpus xylocarpus  (Kurz) Markg. ( Fagaceae  ).

Coelogyne victoria-reginae was collected  in the Victoria Mountain, Natma Taung National Park, Chin State, South-western Myanmar. However, only one population, consisting of approximately100 individuals, has been discovered so far in the National Park. Although other populations may be found with further investigation because the area is legally protected under the management of the Myanmar Forest Department, the number of mature individuals of the subpopulation may be less than 250 on account of similar habitat. Thus, the species is here assigned a preliminary status of EN C2a  [i]according to the guidelines for using the IUCN Red List Categories and Criteria ( IUCN Standards and Petitions Subcommittee 2017). 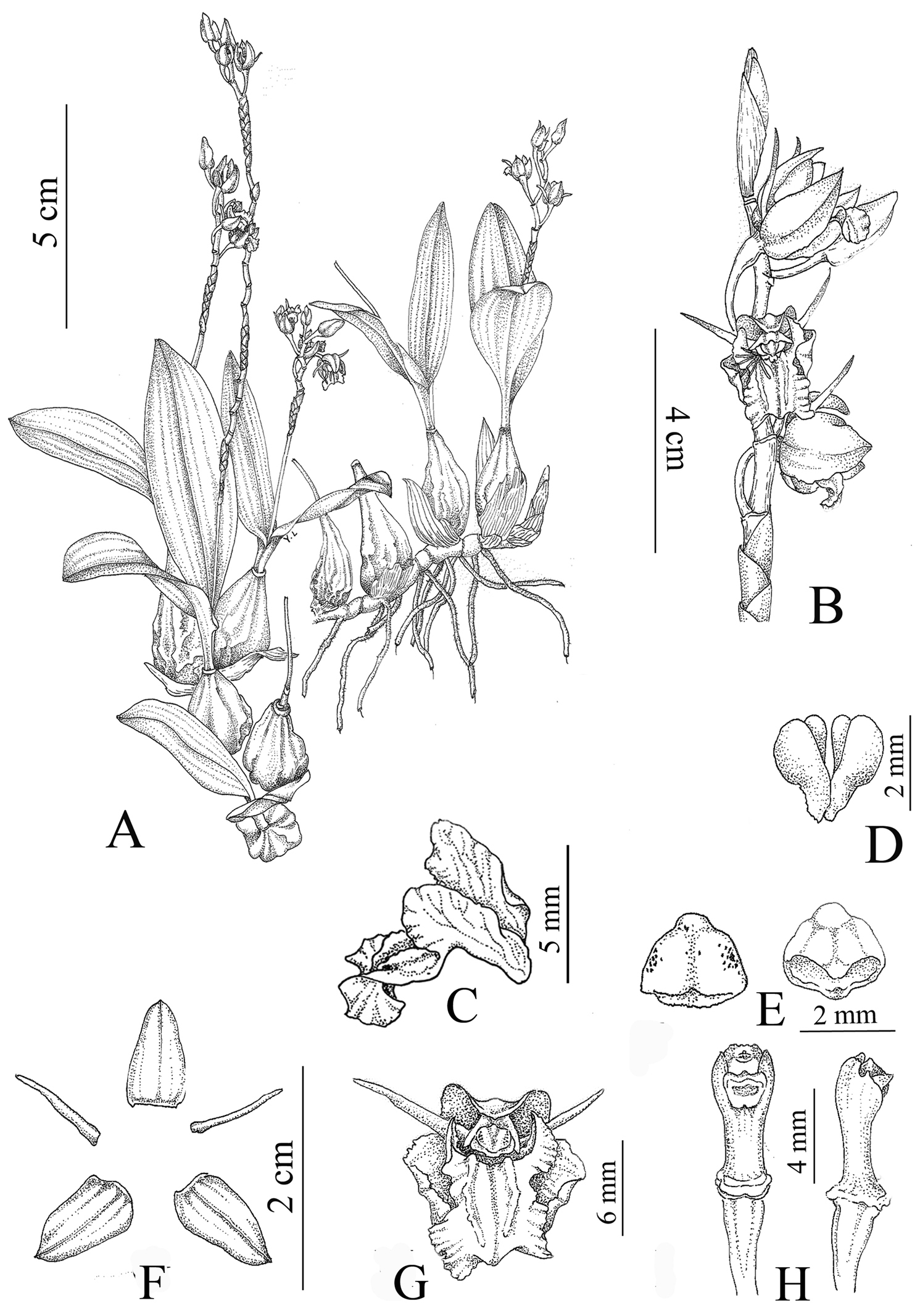 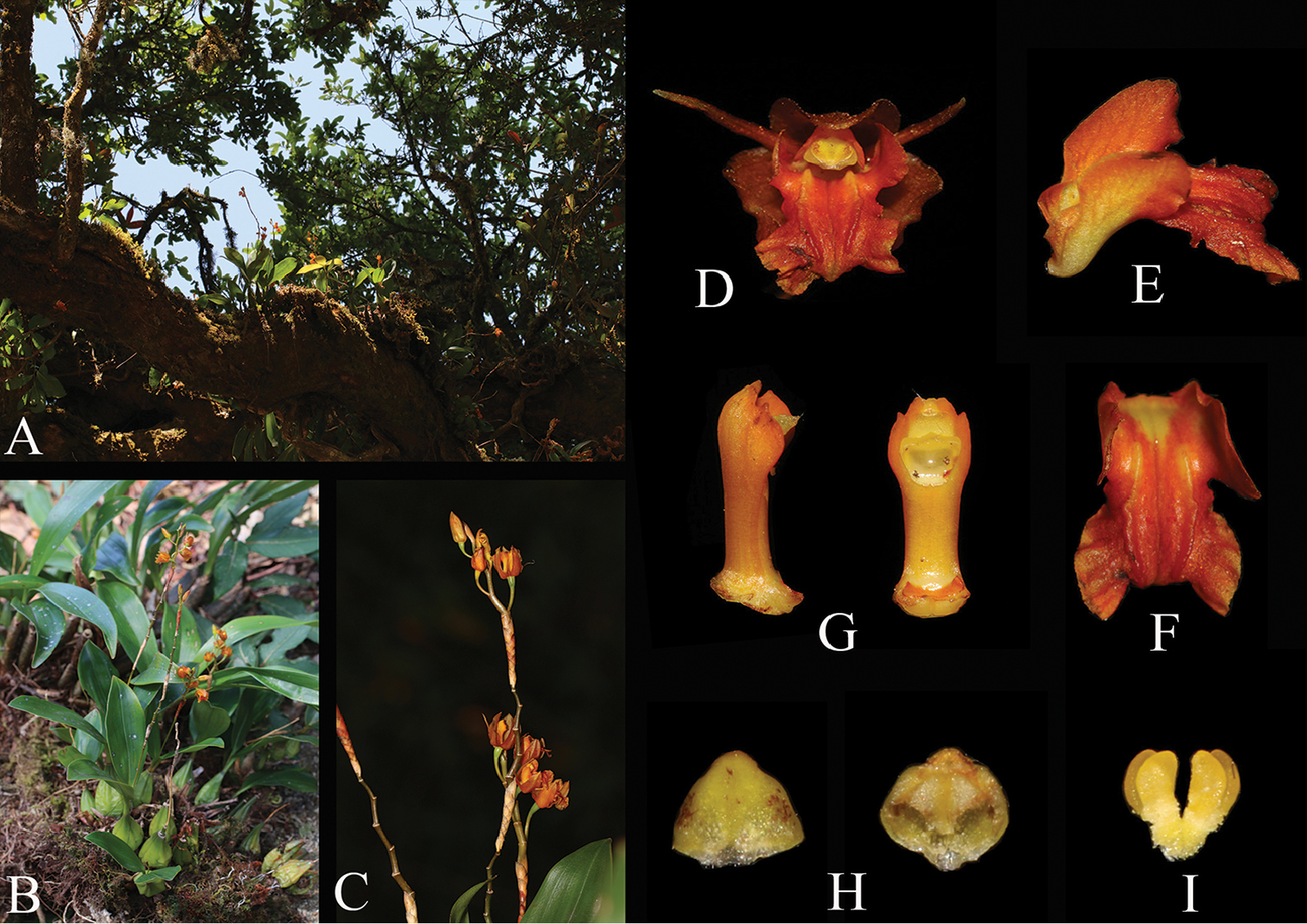