The species group can be defined by the combination of two characters. The first is inflated metazona especially in males. In lateral view dorsal margin of pronotum is almost straight in prozona, starting raising after the mid sulcus up to 2/3 of metazona and later curve downward constituting a blister-like inflation ( Figures 3 View FIGURE 3 , 4 View FIGURE 4 , 7 View FIGURE 7 , 8 View FIGURE 8 ). The caudal margin of metazona is convex or produced backward. Due to elevation of the metazona the caudal margin of the paranota is oblique or slightly S-shaped constituting distinct shoulders. In parallel with extending of pronotum, male tegmina are fully or almost fully concealed by pronotum. The above described characters are typical for four species; P. inflatus   , P. martinae   , P. cretensis   and Pa. antalyaensis   . The inflation of pronotum is indistinct, caudal margin of metazona is almost truncate or indistinctly convex and tegmina are slightly visible in P. bilgeri   and P. isopterus   sp. n. However, the caudal margin of metazona is more or less down curved and shoulders are distinguishable in these two species as in other members of the group. The second character, unique to the group but not shared by all species, is the male cerci black in their apical one-third to half in most of the species (black only along denticles in P. bilgeri   , P. antalyaensis antalyaensis   and P. cretensis   ). Further, the male cerci are slightly curved and mostly with a few small denticles ( Figure 9 View FIGURE 9 ). Although P. bilgeri   and P. isopterus   sp. n. seem to be aberrant to others DNA data (Çıplak et al.; unpublished data) support monophyly of the group. Thus, both inflated metazona and male cerci black in apical half are the characters defining the P. inflatus   group. Besides these two characters the fastigium less than one-third of scapus and the first tergum without a tubercle are further characters to distinguish the group from other members of Poecilimon   .

Examination of new material belonging to Poecilimon antalyaensis   revealed three forms diverging in morphology and song. With this decision we are defining two new subspecies in the species. A similar case is also observed for P. inflatus   . The population of this species ranging from Kemer to Demre exhibits morphological differences from the remaining part and this distinctness is well supported by genetic data (Çıplak et al.; unpublished data). Thus, we split this species into two subspecies. Under the above given statements the Poecilimon (P.) inflatus   species group consists of the following species and subspecies. 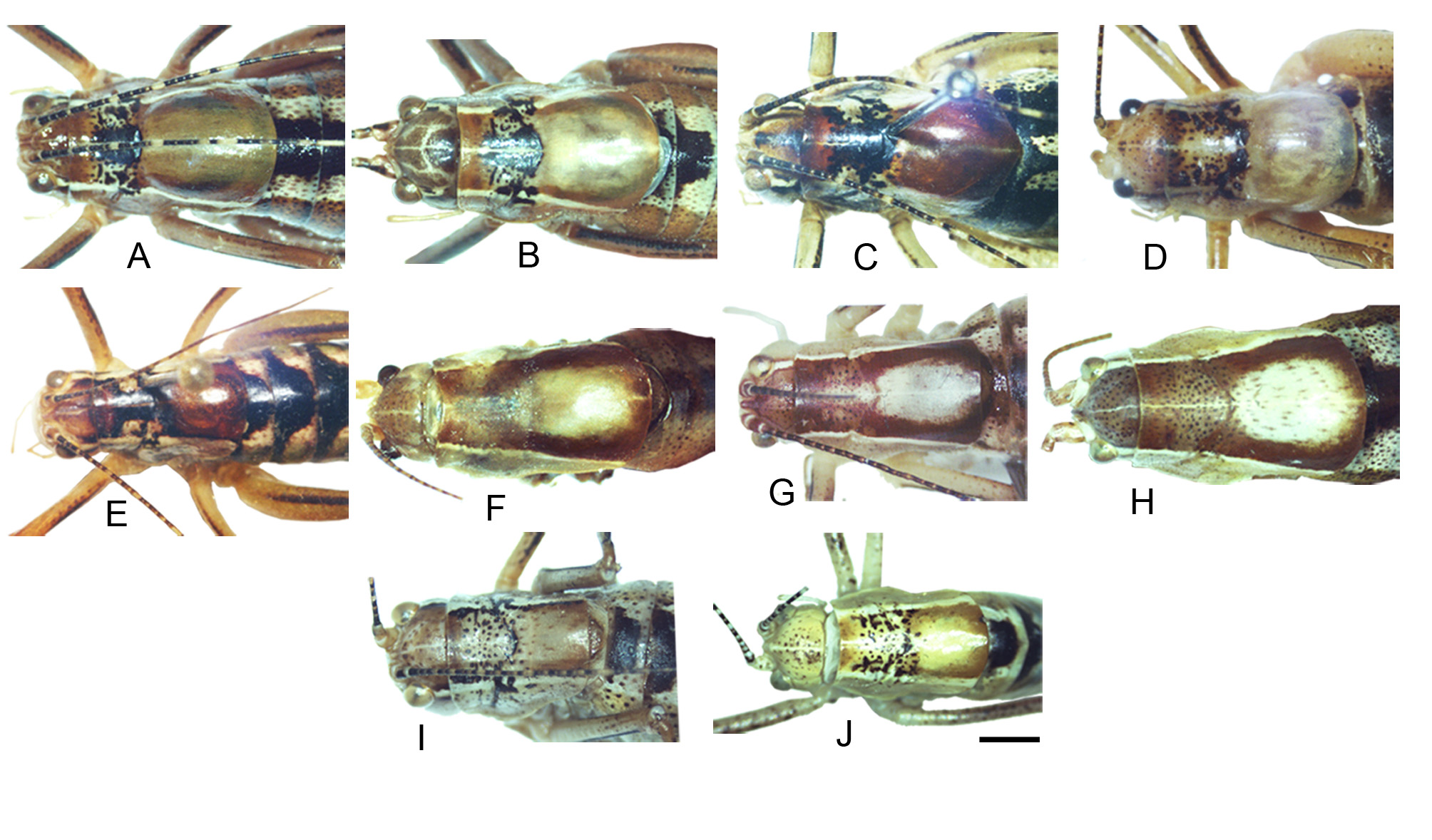 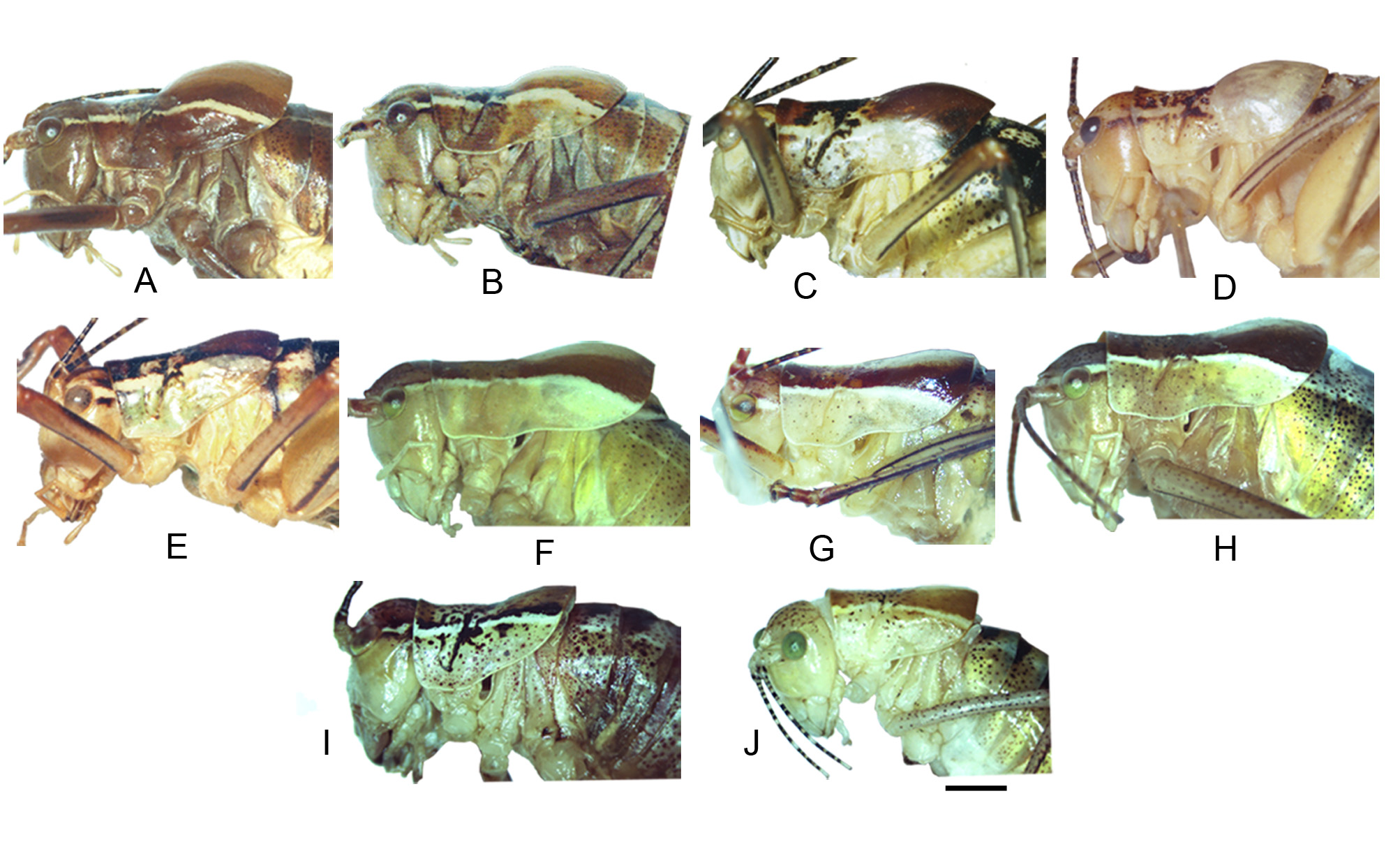