Nymphs. As in A. montium   from the Mt Kilimanjaro area and A. usambaricus   from the West Usambara Mountains. Nymphs of A. inopinatus   n. sp. have two black to light grey (sometimes obsolete) stripes on the face.

Diagnosis. Morphologically closely related to A. montium   from the Mts Meru and Kilimanjaro area and A. usambaricus   restricted to the West Usambara Mountains. All three species share a similar colour pattern with a brown patch on the metazona of the pronotum bordered by white to cream fasciae and have also quite similar songs (see Hemp et al. 2015). The abdomen may be uniformly bright green to whitish-light brown or green with some dark mottles in A. usambaricus   . Males of all three species have an elongated 10 th abdominal tergite, broad and dark coloured at its anterior part, then narrowing with a black fascia along its lateral edges, medially of green colour and at their tips divided into two lobes ( Fig. 8 View FIGURE 8 A–C). Also the cerci are similar consisting of a curved stout main branch ending in two short processes ( Fig. 8 View FIGURE 8 A–C). Differences are found in the stoutness of the 10 th abdominal tergites (compare 8 A–C) and slight differences in the shape of the male cerci (compare Fig. 8 View FIGURE 8 A–C). All three species are restricted to forests of the respective areas. Females are morphologically also very similar with a similar colour pattern as the males but with the pronotal brown patch not as large and conspicuous. Clear differences are found when comparing the subgenital plates of the females. A. inopinatus   n. sp. has a deeply u-shaped incised subgenital plate while in A. usambaricus   only a small u-shaped incision is typical. In A. montium   the subgenital plate is v-shaped incised medially (compare Fig. 9 B, D, F View FIGURE 9 ). Only in nymphs of these three species parallel dark fasciae are present on the face also supporting a close relationship.

Distribution. Restricted to submontane and montane forests of the South Pare Mountains.

Etymology. From Latin:— inopinatus   , unexpected since it was a surprise to find yet another Afroanthracites   species in the Eastern Arc Mountains morphologically related to A. montium   and A. usambaricus   . 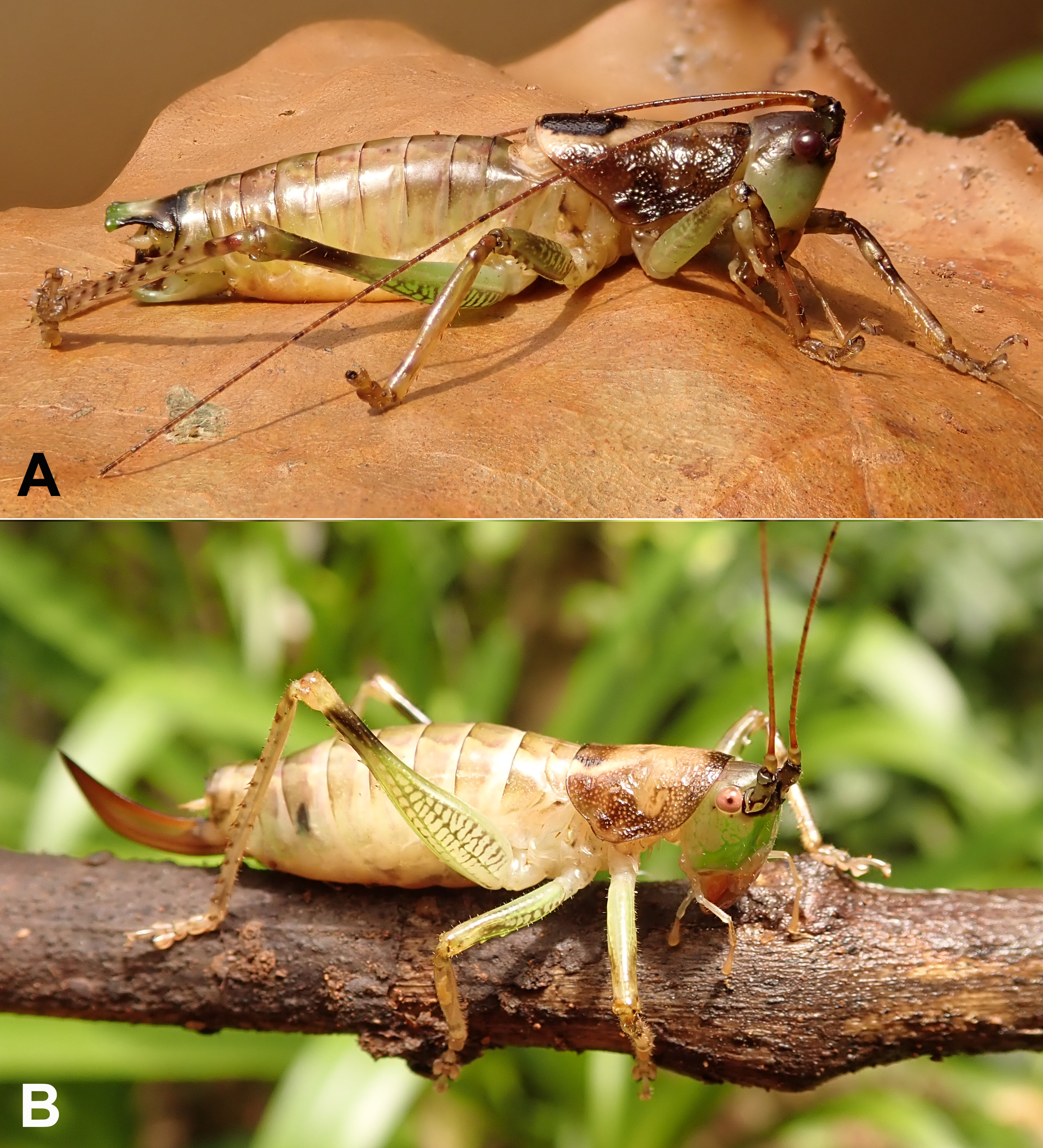 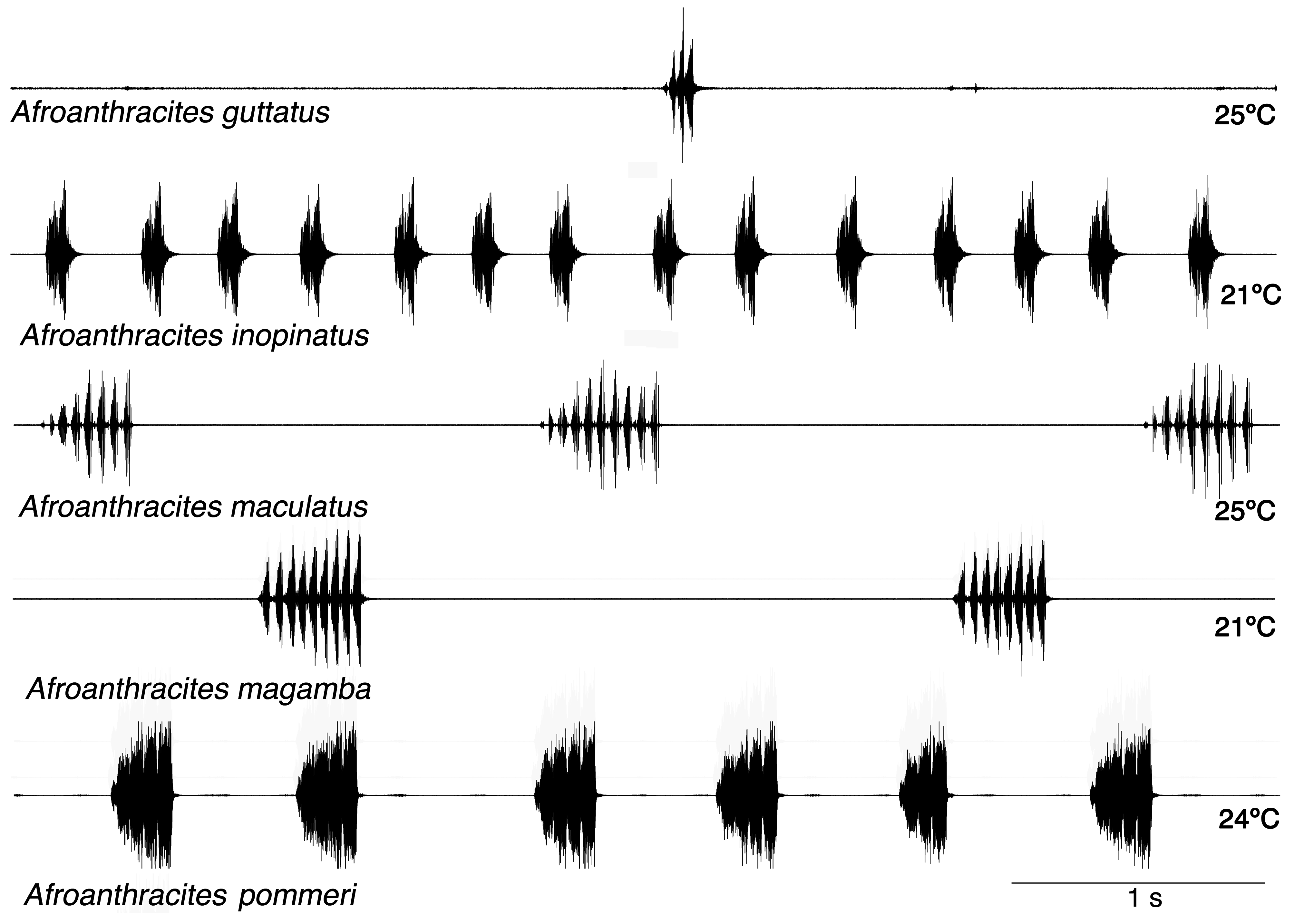