(Figure 32 View Figure 32 ) Solanum nigrum   is native to Eurasia and has been sporadically introduced and locally naturalised in temperate North America. It is possible that populations from eastern and western areas have different origins (see below).

The species is found in disturbed areas between 0-2,200 m elevation in its native range, but around cities and cultivated fields from sea level to 700 m in North America.

None recorded for the region (see Särkinen et al. 2018 for uses in its native range).

Solanum nigrum   is probably introduced in temperate North America; populations on the eastern seaboard best match European populations in overall morphology. Populations from the western coast (e.g., British Colombia) are morphologically more similar to Eurasian plants and it is possible that they are the result either of introductions from that region over the Pacific or are relictual native plants that came across the Bering Straits during warm periods in the Quaternary (e.g., DeChaine 2008; Ickert-Bond et al. 2009). Molecular population genetic analysis of these populations has not been done but should shed some light on the status of S. nigrum   in North America.

Solanum nigrum   can be distinguished from other North American species (e.g., S. americanum   , S. douglasii   , S. emulans   , S. interius   , S. nigrescens   ) in the character combination of thicker peduncles and pedicels, larger seeds and fruits lacking stone cells. It has longer anthers (2.5-3 mm) than S. emulans   and S. americanum   , both of which have tiny anthers ca. 1.5 mm long. Like S. nigrescens   , it has inflorescences with the flowers spaced along the rhachis, but S. nigrescens   has prominent stone cells in the berries and smaller seeds. Solanum interius   has similarly large seeds but has fewer flowers per inflorescence and distinctive basal flower pedicel position (articulation above the join with the rhachis).

Michael Nee (pers. comm.) has observed its spread and increase in the New York City area over the last decade; it is possible that more collections will be made throughout North America in the coming years.

For typification details of the many synonyms of S. nigrum   see Särkinen et al. (2018). 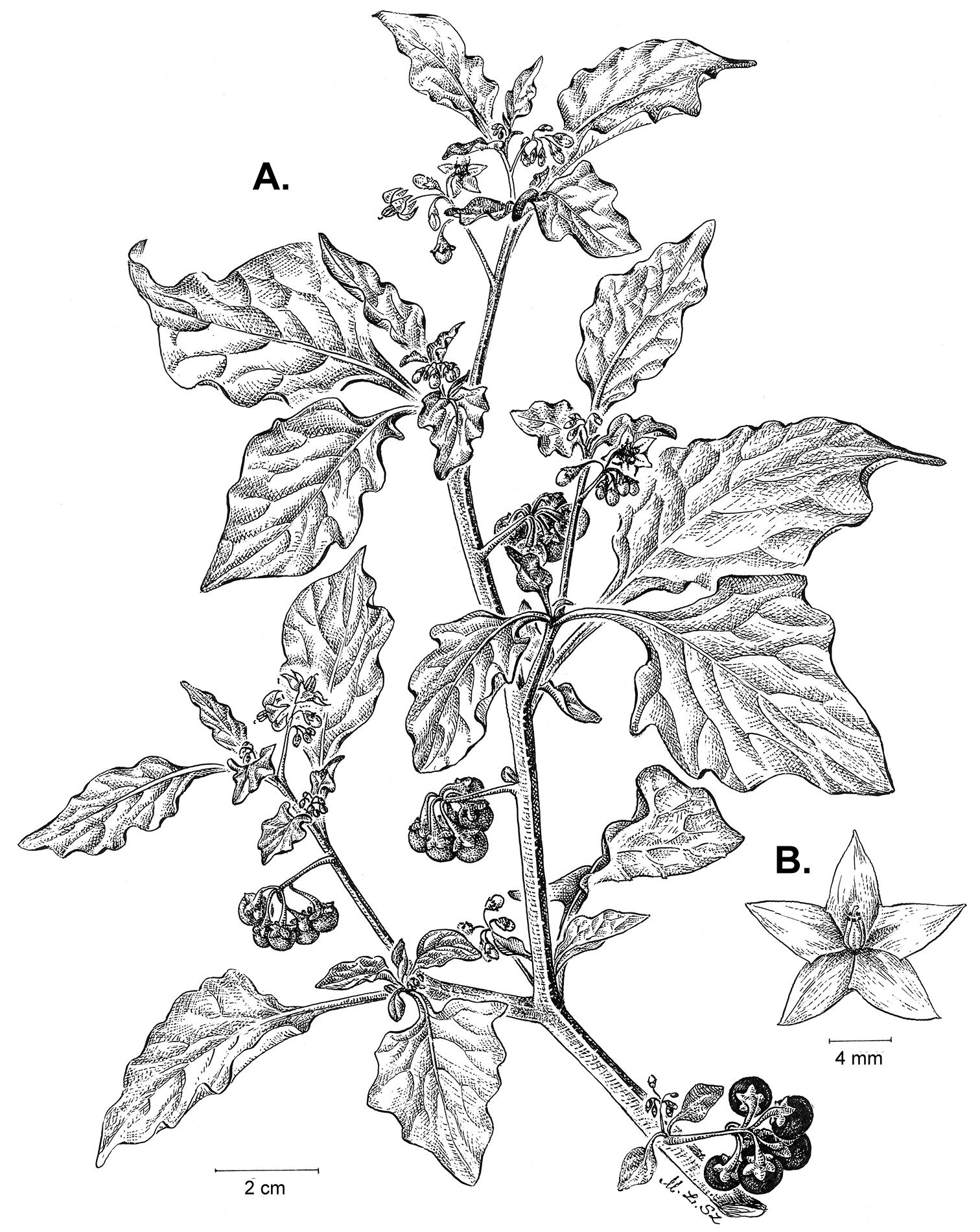 Figure 30. Solanum nigrum L. A Habit B flower (A, B Symon 5449 [ADW 35964]). Drawing by M. L. Szent-Ivany, first published in Symon (1981), courtesy of the Board of the Botanic Gardens and State Herbarium (Adelaide, South Australia), reproduced with permission (previously also published in " PhytoKeys 106 "). 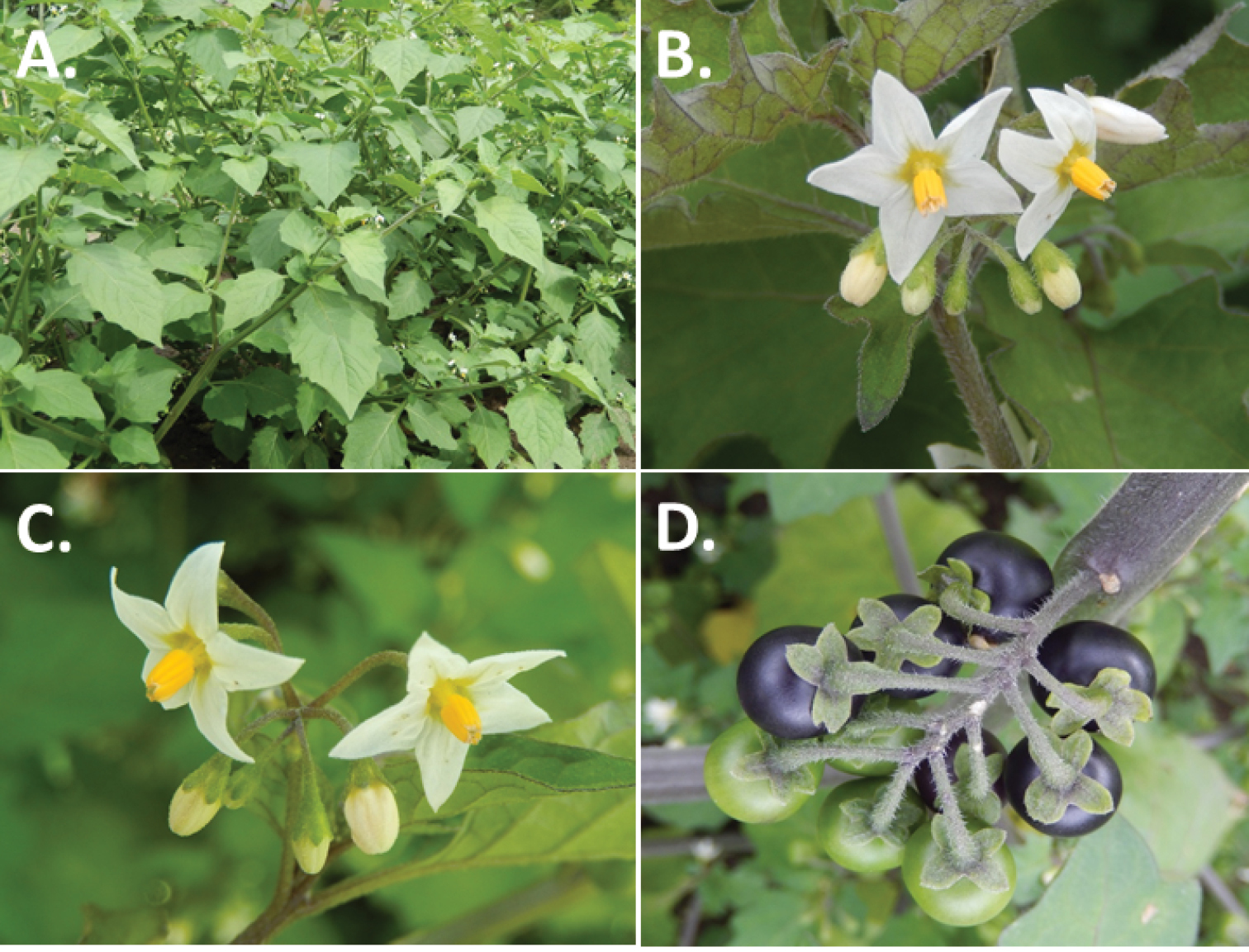 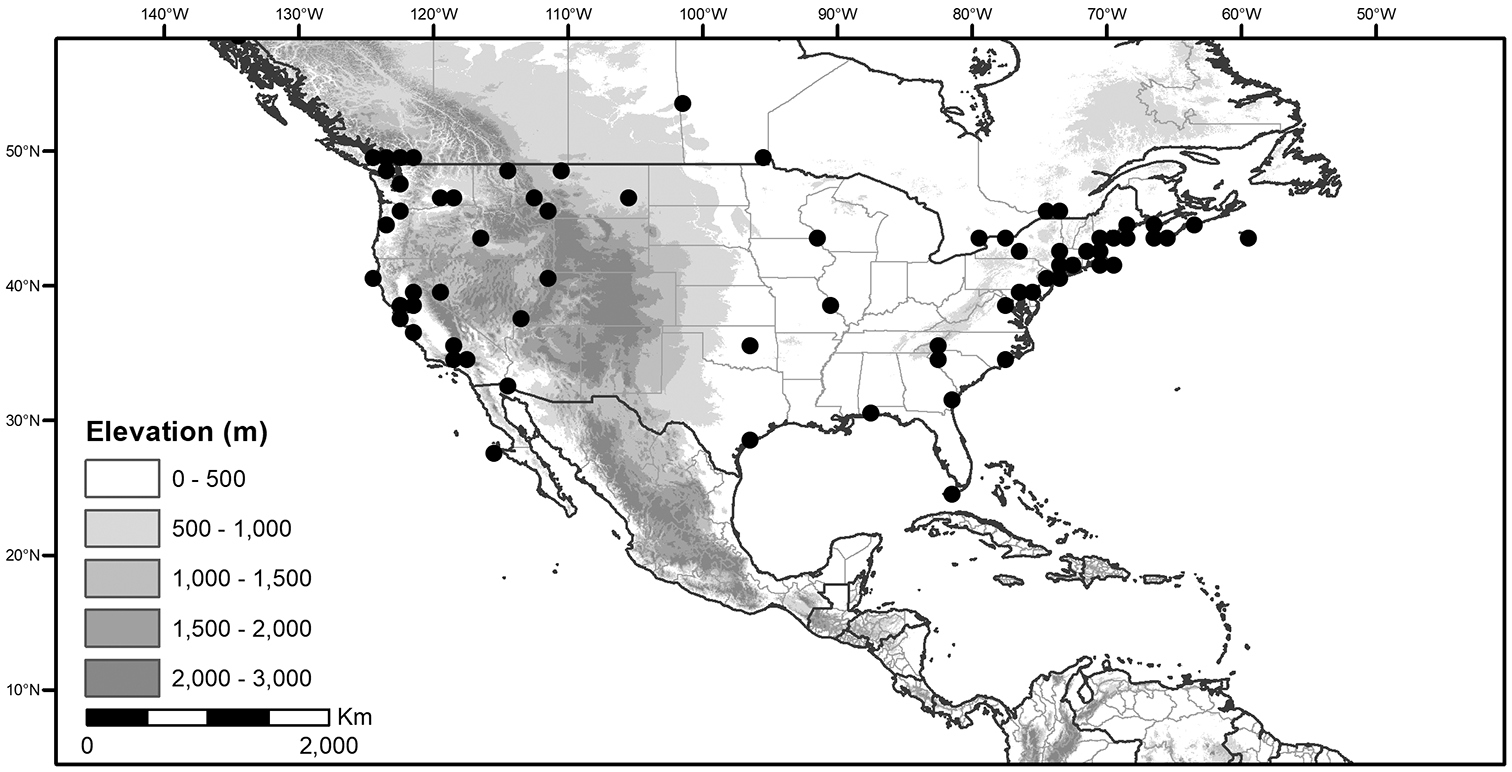