Diagnosis. The gonostylus of D. penttineni   , another species of the iridis   group, is narrowly rounded apically,

bulbous medially, and provided with a small, subglobular lobe mediobasally that is covered with dense, conspicuously large microtrichia, a few setulae and 2–3 short bristles ( Fig. 3 View FIGURES 3–5 , ↓1). Of the gonocoxites, the ventral emargination is conspicuously shallow and angular-shaped ( Fig. 3 View FIGURES 3–5 , ↓2) and the two pairs of processes on either side

of the emargination are same size. The cap-like apex of the tegmen, which is pointed, has a single pair of small barbs laterally ( Fig. 5 View FIGURES 3–5 , ↓3). The apical fork of the ejaculatory apodeme is one fourth as long as the apodeme’s total

length ( Fig. 5 View FIGURES 3–5 ). The ninth tergite is strongly tapered towards the apex, which is bilobed and covered densely in short, thick microtrichia ( Fig. 4 View FIGURES 3–5 , ↓4). The genitalia of D. penttineni   closely resemble that of D. triangularis   , a

species differing in that the gonostylar lobe is flat and angular, the dorsolateral pair of gonocoxal processes is

slightly longer than body; scape and pedicel lighter than flagellum. Circumfila with 1 rather short extension. Neck

with dark stripes dorsally and laterally. Anepisternum with 5–6 setae. Wing as long as body, with brownish tinge.

Etymology. This species is named after the Finnish biologist Jouni Penttinen (Kuopio, Finland), who, earlier

in the present century, worked on the taxonomy and faunistics of Finnish Porricondylinae   . As a lasting proof of his

talent and enthusiasm as a taxonomist, he left a rich collection of well-prepared specimens, which includes several 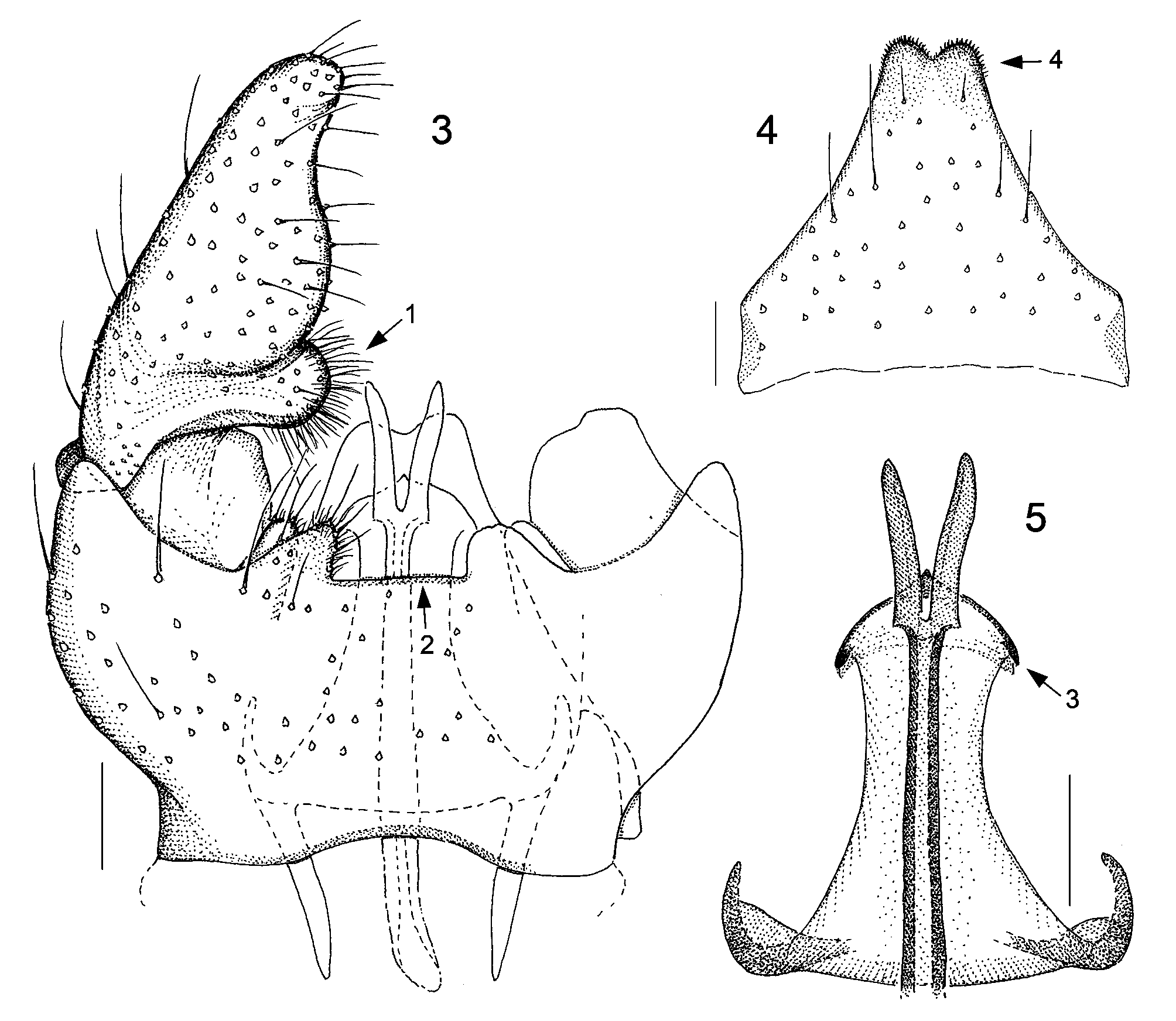