Dicerura stipator   , another species found only in the Far East of Russia, is known from two males and one female, all mounted by Mamaev on one and the same microscope slide. Mamaev (1972) did not indicate which of the

males is to be regarded as the holotype, so both are referred to here as syntypes. The genitalia of both specimens are

partly distorted and collapsed, which is why the gonostylar structure cannot be described here. From what is left of

description of D. stipator   , which does not refer to characters of the female and lacks illustrations, is too unspecific

for the purpose of identification.

Diagnosis. Dicerura stipator   is a typical member of the iridis   group. It is the only species of Dicerura   in which the two tines of the apical fork of the ejaculatory apodeme are serrate medially ( Fig. 27 View FIGURES 25–27 , ↓1). Of the gonocoxites, the

ventral emargination is wide and shallow; the two pairs of processes bordering the emargination are approximately same size; the ventroposterior edge is broadly pigmented ( Fig. 25 View FIGURES 25–27 , ↓2); and the dorsal portions are strongly bulging

reinforced by a roundish, sclerotized knob, which resembles the condition found in D. unidentata   . The ninth tergite

of D. stipator   is again similar to that of D. penttineni   (cf. Fig. 4 View FIGURES 3–5 ), but the narrow, apical portion, which is darkly

pigmented and provided with dense microtrichia on the inside, is larger ( Fig. 26 View FIGURES 25–27 ).

Material examined. Two syntype males, mounted on one and the same slide (no. P-Di0139 in ZMUM), with

the data as specified in the original description ( Mamaev 1972). 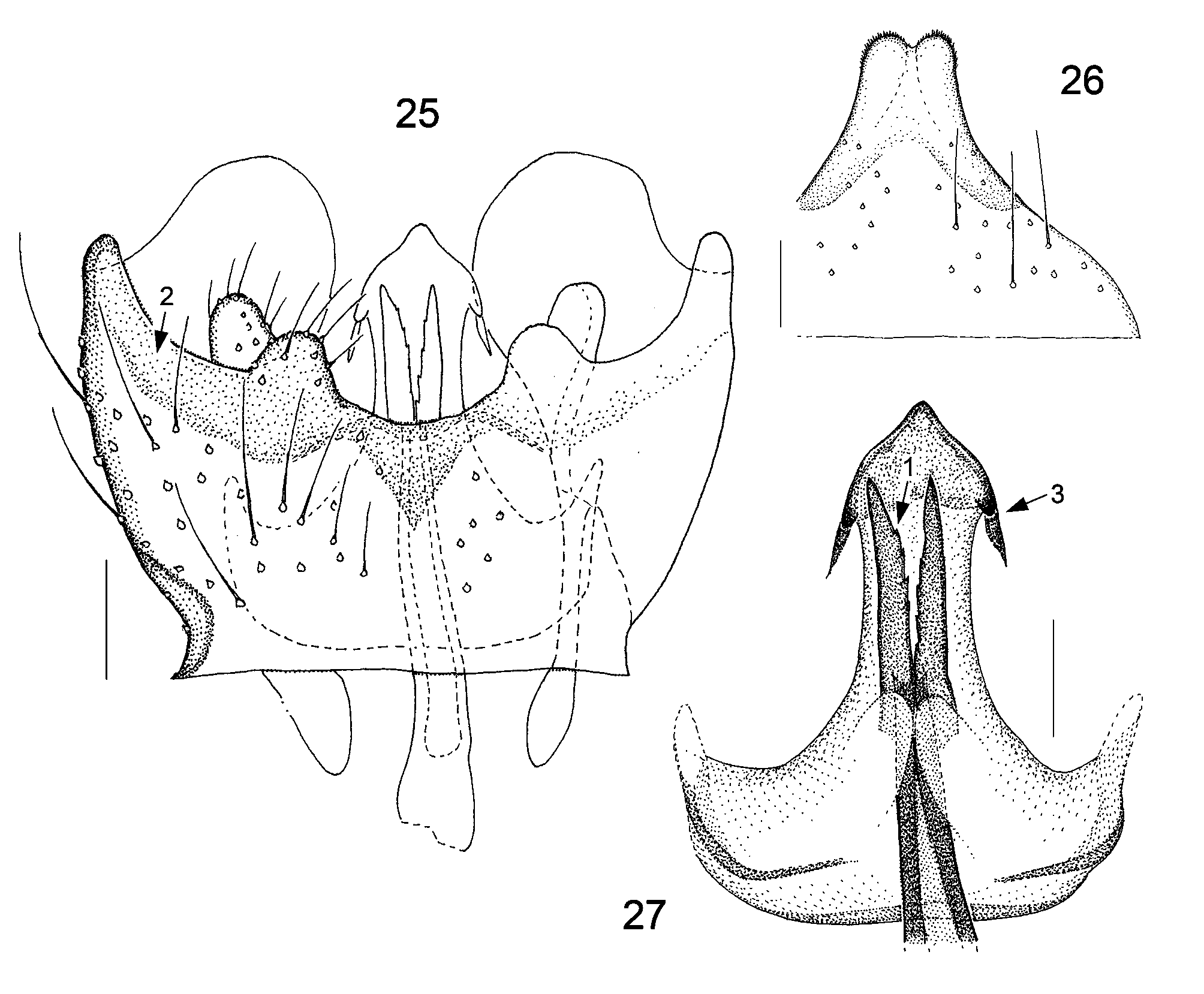