Holotype and 16 paratypes have been deposited in the collembolan collection of Prof. R. Dallai at the Department of Evolutionary Biology of the University of Siena, Italy.

From Atlas   , the ancient Latin name of the Moroccan mountains.

Blue pigment in the eye patch and along the antennal segments I, II and III. On the head the blue pigment also located in the clypeal, occipital regions and on the legs, from the subcoxae to the femurs but absent from the tibiotarsi. The body is yellowish in alcohol; some individuals show a weak blue pigmentation in the lateral side of the IV abdominal segment and in the ventral manubrium. The body is covered by brown scales which give a darker appearance to the living animals ( Fig. 2 View FIGURE 2 A). The scales also occur on the dorsal surface of the Ant I, all surface of Ant II and all surface of the proximal half of Ant III.

According to Jacquemart (1974), by means of dorsal and cephalic chaetotaxy it is possible to recognise two major subdivisions inside the genus Seira   , the S. dollfusi   and the S. domestica   groups. Moreover, as pointed out by Dallai and Ferrari (1970) and Ellis (1976), within the latter group could be present some synonyms regarding taxa from Mediterranean Basin. On the basis of observed features S. atlantica   n. sp. belongs to the domestica   species complex. It is easily distinguishable from any other taxa so far described for the simultaneous presence of 7 macrochaetae (with a typical and constant pattern of 4 + 3) in the “A” group of Th III and 5 macrochaetae in Abd II. S. atlantica   n. sp. seems to be close to S. dagamae Dallai, 1973   , reported from the Aeolian Archipelago in Sicily. In vivo, the body colour pattern of the two species seems to be quite similar; the cephalic chaetotaxy is the same, as the chaetotaxy of Abd I, III and IV. The number of chaetae in Abd II is also identical (5), but S. dagamae   always carries 6 macrochaetae in the “A” group of Th III, instead of 7, which is typical of the new species. However, it should be noted that Ellis (1976) gave the incomplete description of a single female of Seira   sp. from Central Crete, whose chaetotactic details are very close to S. atlantica   n. sp. We cannot exclude at all that the two taxa belong to the same species, but, as mentioned by Ellis (1976), at present the specimen from Crete cannot be fully evaluated. So, a complete revision of the Seira domestica   species complex is strongly recommended. 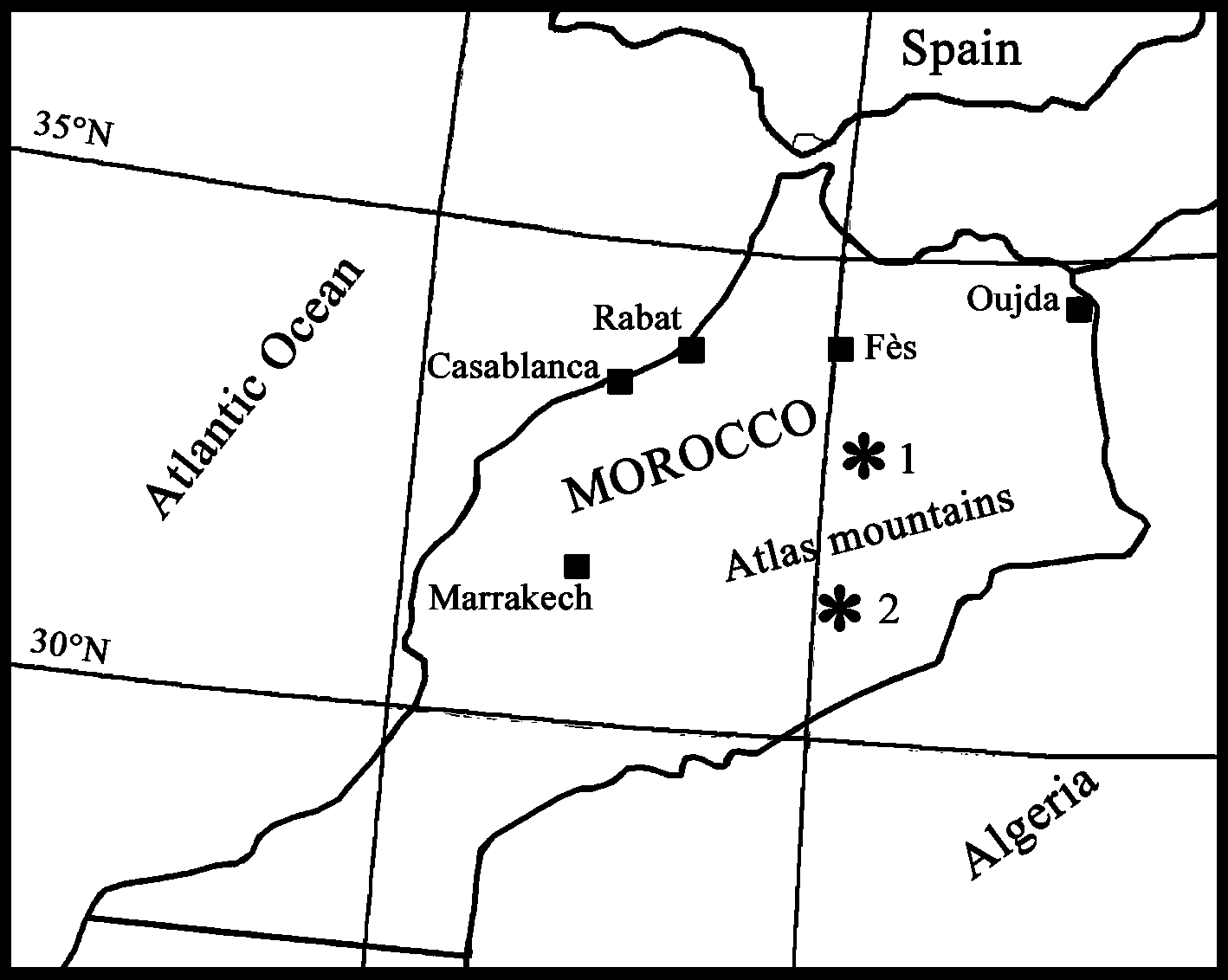 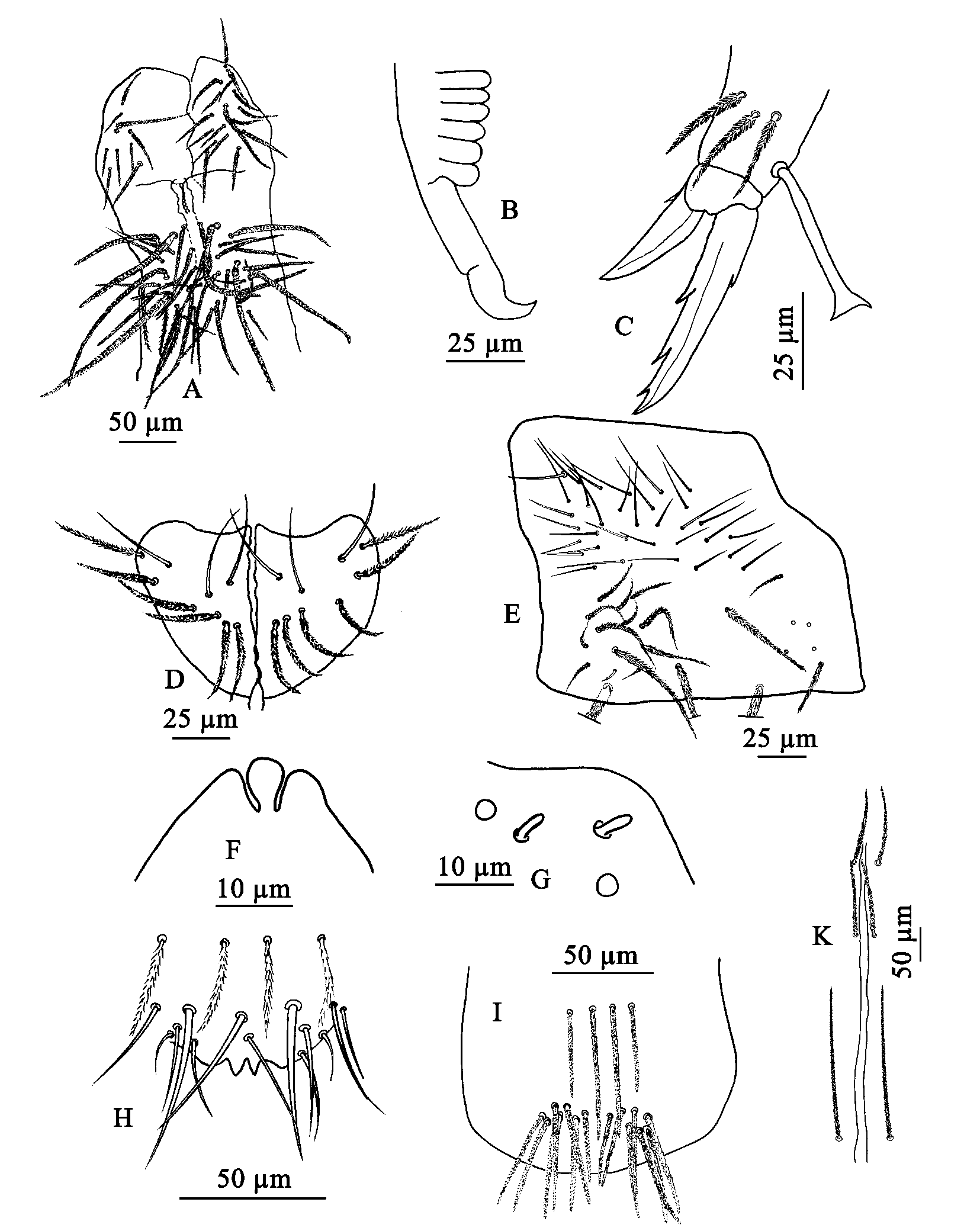 FIGURE 4. Seira atlantica n. sp. A) cephalic chaetotaxy; B) dorsal chaetotaxy of the body showing macrochaetae (open circle), trichobotria (T) and pseudoporae (P); C) chaetotaxy of the “ zone 3 ” of the Th II showing some examples of the observed variability.