Remarks. Versluys (1899) provided the first account of this species, as Aglaophenia tridentata  , based on sterile colonies from the Archipiélago de Los Testigos in the southeastern Caribbean Sea. It was described again by Nutting (1900), as A. contorta  , from fertile specimens taken near Key West, Florida. On recognizing that hydroids in the two accounts were conspecific, Stechow (1923b) followed the Principle of Priority and adopted the senior name for the species. Totton (1926) assigned it to Thecocarpus Nutting, 1900  based on the morphology of corbulae from material collected in Brazil. With Thecocarpus  now held to be a junior synonym of Lytocarpia Kirchenpauer, 1872  , the valid name of the species is Lytocarpia tridentata  .

Lytocarpia tridentata  is most readily distinguished by the morphology of its saddle-shaped hydrothecae. These consist of a somewhat bulbous base having an adcauline intrathecal ridge and supporting a large and projecting median inferior nematotheca, a somewhat constricted mid-region, an expanded distal end flanked by a pair of hornshaped lateral nematothecae, and a margin with three cusps, one well-developed median and two blunt laterals. Colonies are erect, with a monosiphonic and unbranched hydrocaulus reaching as much as 18 cm high ( Migotto 1996). Hydrocladia, occurring in a distal plume on larger colonies, are alternate and unbranched.

Detailed accounts of the taxonomy of this species include those of Vervoort (1968, as Aglaophenia tridentata  ), and Migotto (1996, as Lytocarpia tridentata  ), with the latter study based on material from Brazil. Records of L. tridentata  in the tropical northwest Atlantic have been fewer in number than those to the south in Brazil ( Oliveira et al. 2016). As noted by Vervoort (1968) and confirmed by the collection data of Migotto (1996) and others, this hydroid is predominantly a species of shallow waters. Its known bathymetric range extends from the intertidal zone ( Migotto 1996) to 70 m ( Grohmann et al. 2003; Posada et al. 2010), with most reports at depths of less than 20 m. 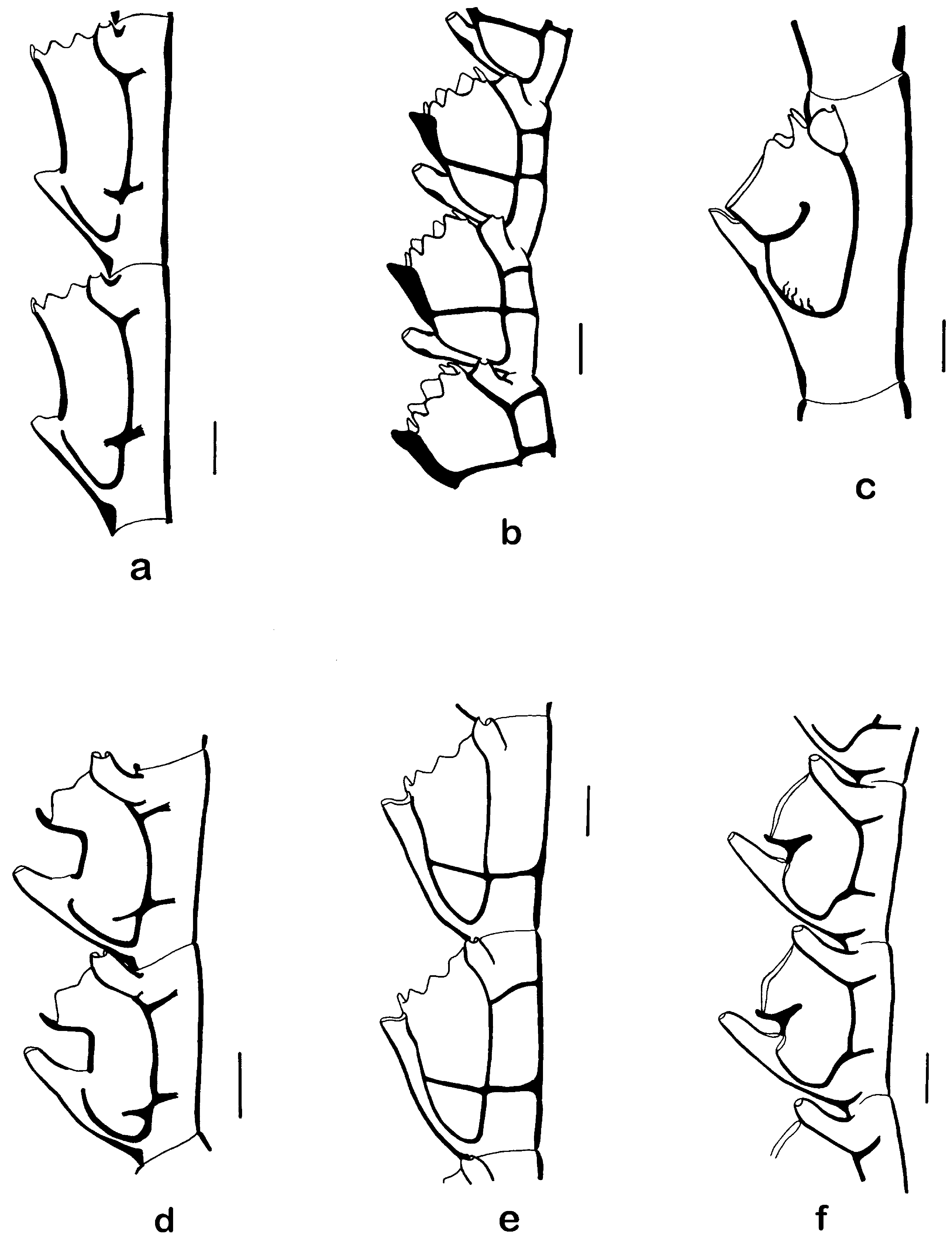