Remarks. Cordylophora caspia  is reported here for the first time from the southwest coast of Florida. The species has been recorded previously from the Escambia River ( Wurtz & Roback 1955) and from the Suwannee River system ( Mason et al. 1994), both in northern parts of the state. Somewhat inland from the Gulf coast of Florida, colonies of C. caspia  were found by Streever (1992) in a flooded cave system at Little River Spring, Suwannee County.

When first collected during this study, from the Caloosahatchee River estuary at Fort Myers, Florida (ROMIZ B4328), specimens of C. caspia  were dormant. Within 24 hours, however, a hydranth appeared on one of the hydrocauli held in a fingerbowl of brackish water. Colonies are believed to have been inactive at the time due to environmental stresses introduced after passage of Hurricane Irma through south Florida on 11 September 2017. As a result of the storm, heavy freshwater discharge into the river from nearby Lake Okeechobee had been authorized by the United States Army Corps of Engineers to prevent catastrophic flooding in the vicinity. Normal salinities at the location are in the oligohaline (0.5–5‰) to mesohaline (5–18‰) range, but river waters at Fort Myers were still fresh (0.17‰) when the dormant stems and stolons were collected. At the same site a few months later, active colonies with gonophores (ROMIZ B4329) were collected (06 February 2018) in salinities that were somewhat higher (6‰). With still higher salinities (15‰) the following month (29 March 2018), however, neither active nor inactive colonies were found.

Remarks on this well-known invasive hydroid, and on the likely existence of cryptic species under the name C. caspia  , have been given previously ( Folino 2000; Schuchert 2004; Folino-Rorem et al. 2009; Calder 2010). 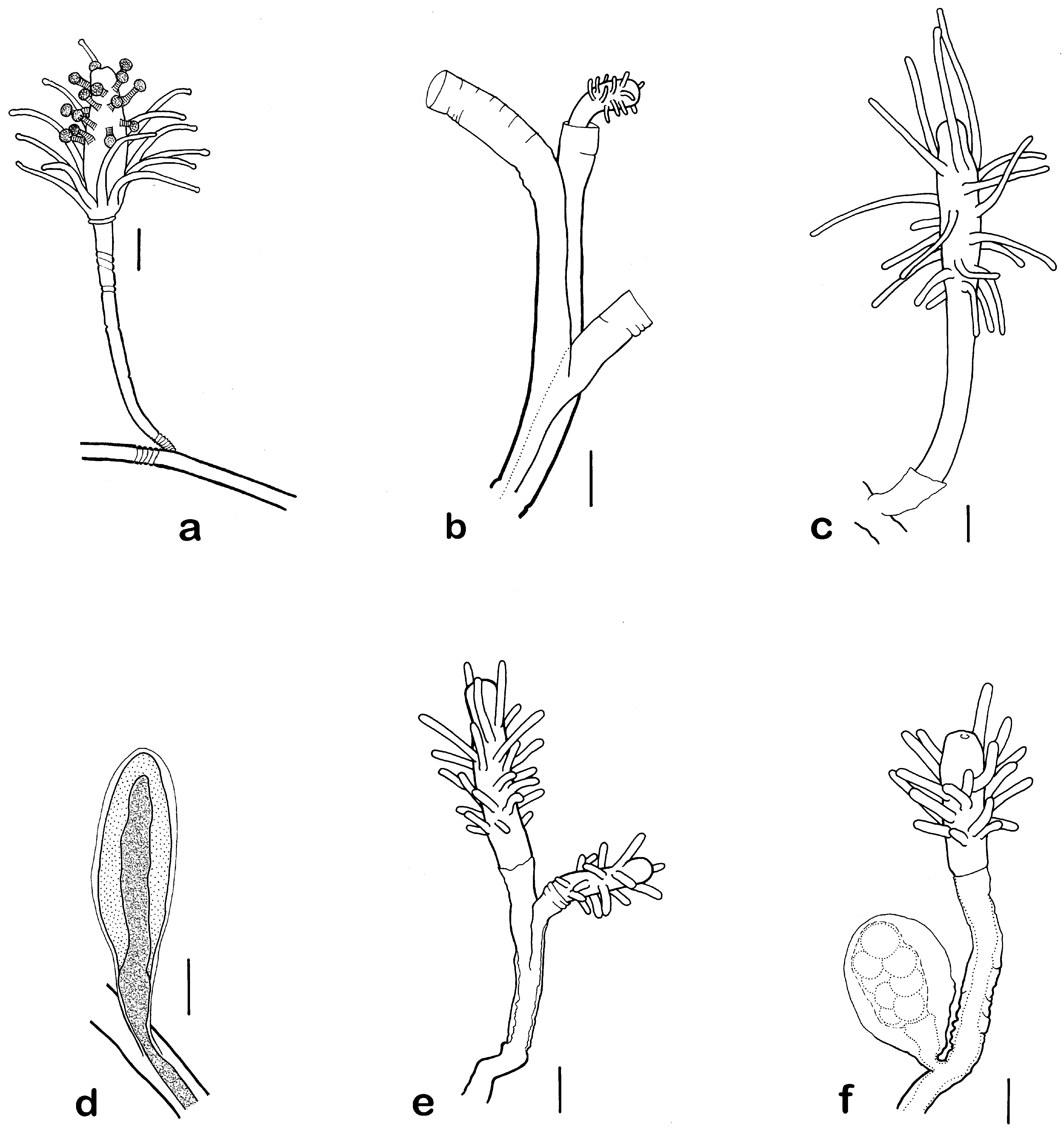