Remarks. Acryptolaria tortugasensis  is known previously only from the Dry Tortugas, Florida. Originally described by Leloup (1935a), the holotype was later included in a collection catalogue by Bouillon et al. (1995) and then re-examined and described by Peña Cantero et al. (2007). Although the species is reported as such for only the second time here, hydroids from shelf waters off Texas identified by me in the early 1980s as Acryptolaria rectangularis ( Jarvis, 1922)  , and mentioned in Rezak et al. (1985), are referable instead to A. tortugasensis  . The same error in identification is repeated in a species list of hydroids from the Gulf of Mexico ( Calder & Cairns 2009), based on the same specimens examined here. The binomen A. tortugasensis  had been included in the synonymy of A. conferta  until being recognized as valid in a revision of the genus Acryptolaria Norman, 1875  by Peña Cantero et al. (2007), and later by Peña Cantero & Vervoort (2010). It is clearly distinct from A. conferta  in having hydrothecae with an abcauline intrathecal cusp and a pronounced outward bend, much as in A. rectangularis  . Hydroids of A. tortugasensis  and A. rectangularis  , a poorly known species from the Indian Ocean, are similar in morphology, but are held to be distinct in the revisionary works cited immediately above.

Large nematocysts in material examined here ( Fig. 7bView FIGURE 7), exceptionally large for species of the genus, appear to be macrobasic mastigophores (30.5–32.5 μm long x 9.0–10.6 μm wide, undischarged, n=10, ROMIZ B1906). They were slightly longer than those described in type material of A. tortugasensis  (28–30 μm long x 9 –10.5 μm wide) by Peña Cantero et al. (2007) and Peña Cantero & Vervoort (2010), but the identity of specimens from the SW Florida Shelf nevertheless seems certain.

Line drawings, photographs, and a redescription of the holotype colony of A. tortugasensis  are given by Peña Cantero et al. (2007). The coppinia of this little-known species has yet to be described. 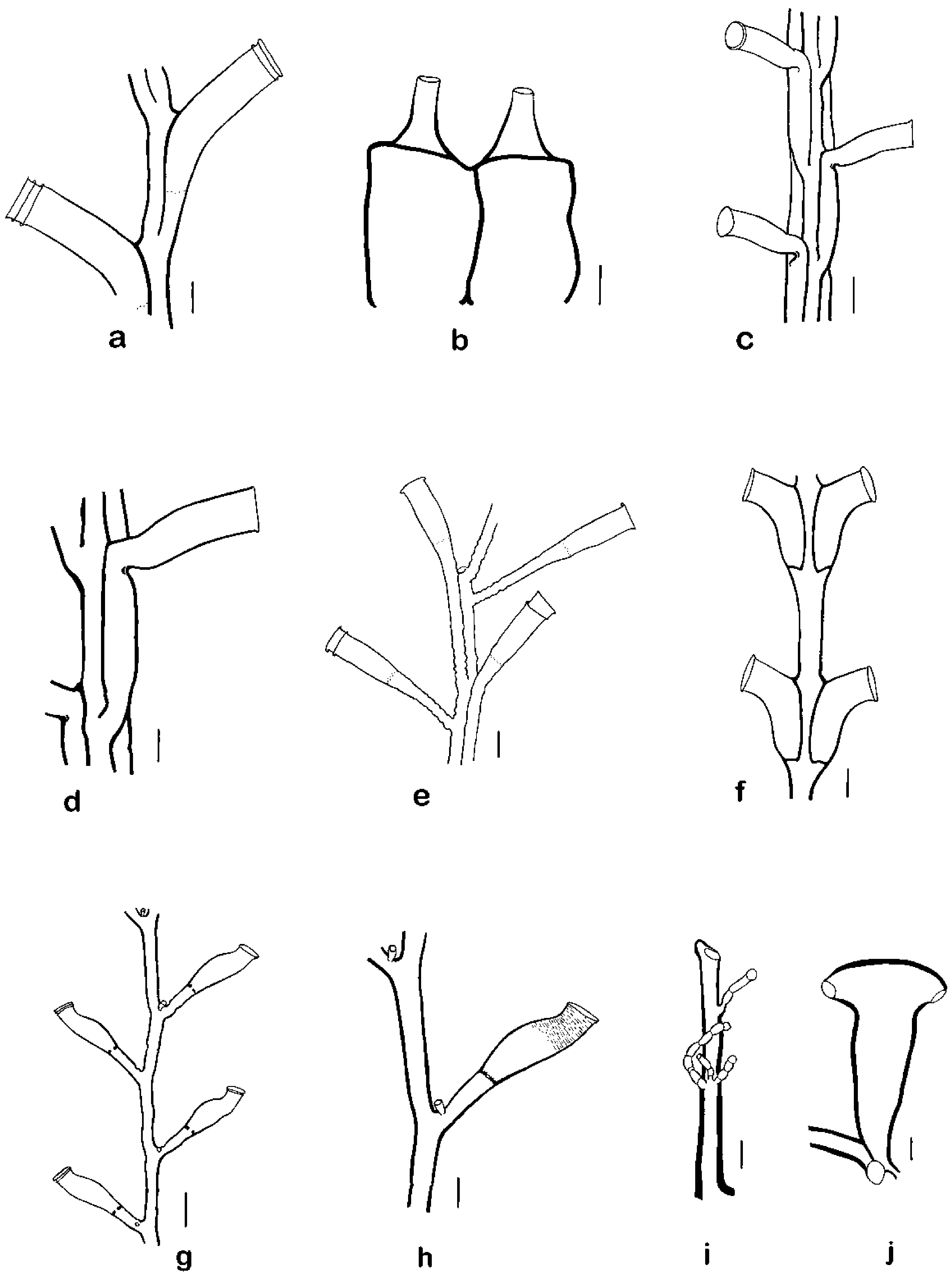