The holotype is 25 mm high; the stalk is 15 mm long, 10 mm wide at its base and 20 mm wide at its uppermost part and is divided into two. Polyp’s body reaches 5 mm and the 11 mm long tentacles mostly feature a single row bearing 19-22, 3 mm long and 0.2 mm wide pinnules. The gap between the pinnules is up to twice their width; occasionally a second row exists and then the outermost row bears 19-22 pinnules. The gap between adjacent pinnules in the outmost row is almost twice their width, as in the case of a single row. The sclerites are Ovabunda   -type spheroids, measuring 0.028-0.045 mm in diameter ( Fig. 12 View Figure 12 ).

The paratype is 18 mm long. Its stalk is divided into two branches, 8 mm and 4 mm long; each branch is 3 mm wide at its base, and 5 and 4 mm wide at the uppermost part, respectively. Polyp’s body is up to 3 mm long, and tentacles 5-8 mm long, each have one row of 18-21 pinnules on each side; some small polyps have only 11-13 pinnules. The pinnules are up to 3 mm long and 0.24 mm wide at the base and the gap between the pinnules is up to twice their width. The sclerites ( Fig. 12a View Figure 12 ) measure 0.015-0.035 × 0.028-0.055 mm in diameter (n = 30 sclerites). Occasionally, two sclerites are fused, measuring up to 0.060 mm in maximal diameter; the fusion of sclerites can be partial or almost complete ( Fig. 12b View Figure 12 ). The sclerites are more abundant at the base of the pinnules along the tentacle midline compared to their distal part, and similarly at the aboral side of the tentacles compared to their oral side. The original description indicated non-pulsating polyps in live colonies. The ethanol-preserved colony is light yellowish, beige.

The current study confirmed the number of rows of pinnules and number of pinnules of the original description. Sclerite dimensions of the latter are larger than our findings, probably due to measurements that included fused sclerites.

The sclerites are Ovabunda   -type spheroids and justify assignment to that genus. 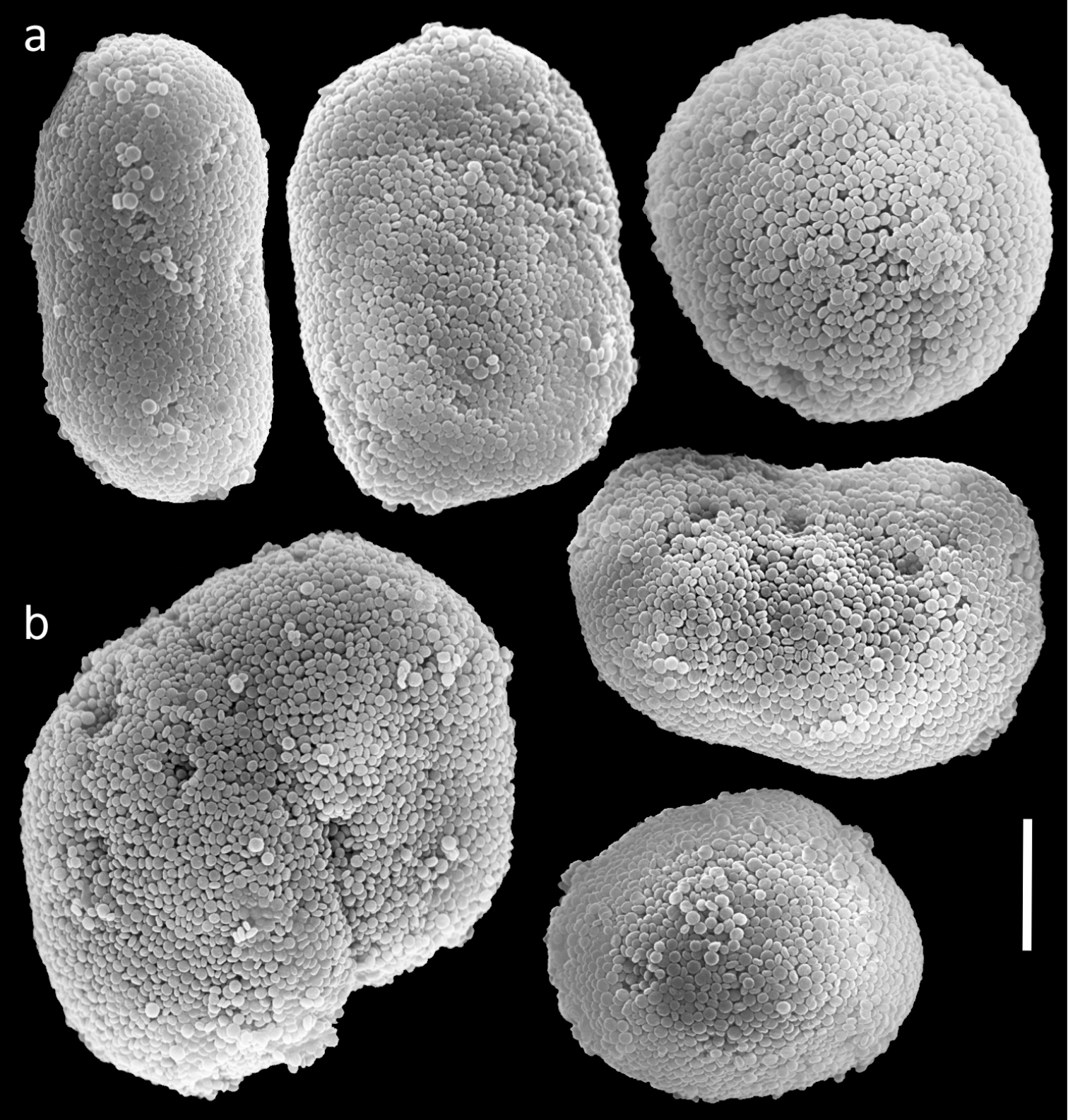