Differential diagnosis. Nala alenae   sp. nov. and N. lividipes (Dufour, 1829)   are the two smallest species of this genus known from South-East Asia, with total body length including forceps ranging between 7.5-8.5 mm. Nala alenae   sp. nov. can be distinguished from N. lividipes   by the very short tegmina, which are only as long as the pronotum, and the wings entirely concealed under the tegmina. Nala timorensis Brindle, 1967   , and N. basalis   Bey-Bienko, 1970, also have concealed wings; however, winged specimens were described for the latter species ( SRIVASTAVA 2003). The forceps of N. alenae   sp. nov. are unusually short in males, being only as long as the width of the ultimate tergite. Nala alenae   sp. nov. is further characterized by the entirely black head. Although the females of Nala   are morphologically very similar and cannot be reliably identified, the females of N. alenae   sp. nov. are fairly easily recognized by their exceptionally short tegmina and the absence of wings (see above). The males of South-East Asia Nala   can be separated by the key provided below.

Etymology. The new species is dedicated to my wife Alena, who helped me collect the type specimens.

Bionomics. Unknown. Type specimens have been collected in the surroundings of Angkor Wat temples in a stony habitat surrounded by lowland rain forest. The earwigs were observed to run on stony ground in late afternoon.

Comments. Nala alanae   sp. nov. is a very characteristic species, differing from all other Asian species in the shape of the reduced tegmina with well marked longitudinal ridges (see Fig. 1 View Figs 1-5 ). Other Nala   species with similar tegmina, reduced wings and short stout forceps are known only from Central and South Africa ( N. caprai Menozzi, 1929   , N. figinii Burr, 1908   , N. intermedia Menozzi, 1937   , N. saegeri Brindle, 1968   , N. rossii Vigna Taglianti, 1994   , and N. mendesi Bivar de Sousa, 1999   ). Nala alenae   sp. nov. is the only known Asian representative with a noticeable morphological similarity to this African group of species, which may indicate some affinity to this group. From the known African species, N. alenae   sp. nov. differs in the characteristic shape of male forceps. 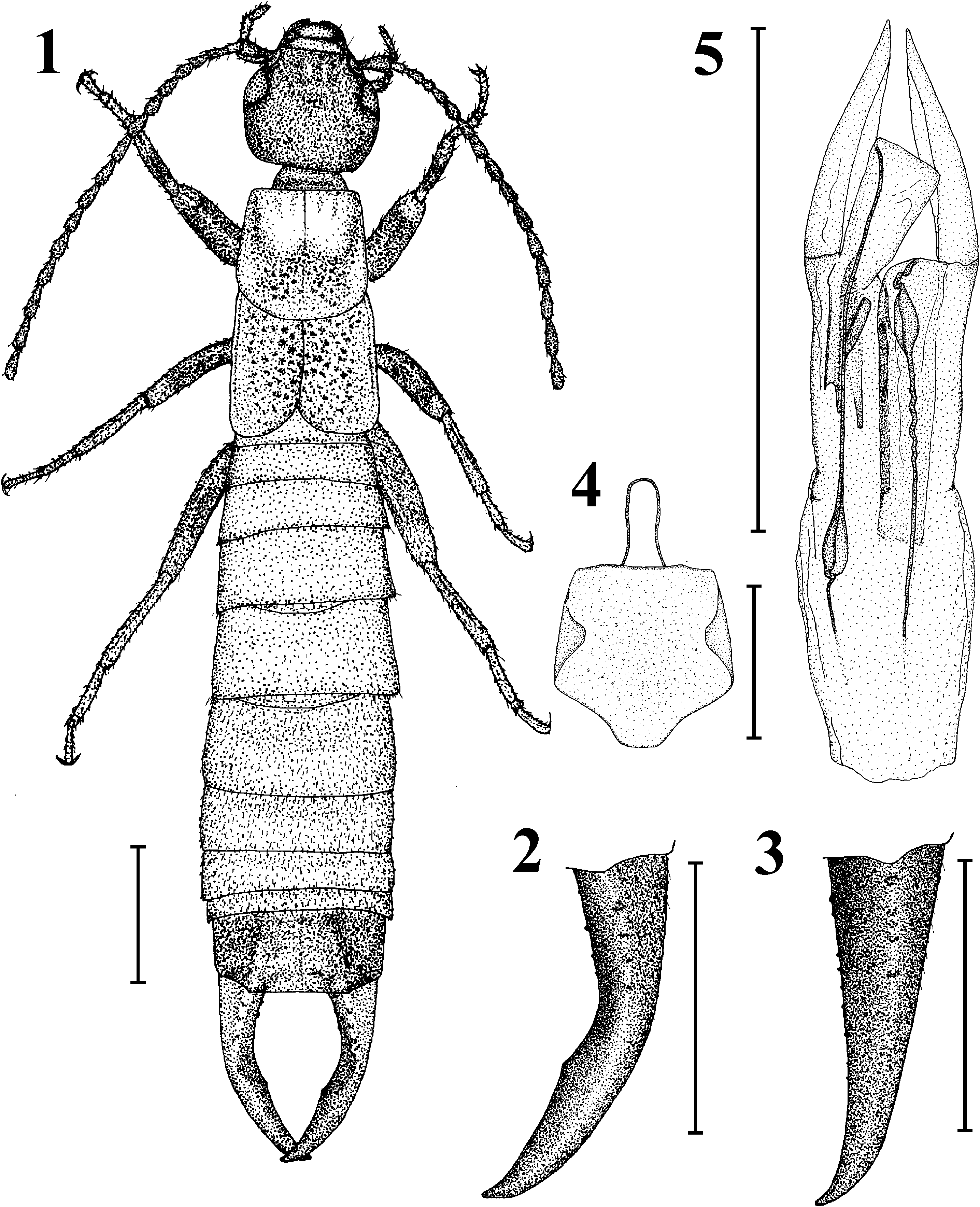