Male. Length, 1.89 mm. Similar in colour and sculpture to female, except for head dimensions, antenna and genitalia. Frontovertex width 0.43 × head width; head, in frontal view, 1.08 × as broad as high; torulus with ventral margin slightly below level of ventral eye margin and separated from mouth margin by 1.6 × own height. Antenna ( Fig. 14 View FIGURES 8 – 14 ) with scape 2.74 × as long as broad; pedicel subtriangular, about as long as broad; funicle segments all longer than broad; F 1 slightly longer than F 2; funicle segments with numerous setae, the longer setae clearly longer than width of a segment; clava unsegmented, as long as distal half of F 5 and F 6 combined. Genitalia with distinct parameres ( Fig. 13 View FIGURES 8 – 14 ); phallobase 0.68 × mid tibia length; digitus short, with a denticle.

This new species is placed in Syrphophagus   because of the sharp occipital margin, generally similar type of fore wing venation, and the mesopleuron being clearly separated from the base of gaster by the metapleuron and hind coxa. Although there are species in Syrphophagus   that are primary or secondary parasitoids of psylloids (see Noyes, 2012), S. wayanadensis   is quite different from all other described species of the genus, including the seven species listed above, by the following combination of characters: frontovertex width about one quarter head width; mandible with the ventral tooth separated from the middle tooth by a deep V-shaped incision; funicle segments all longer than broad; F 1 as long as pedicel and 2.66 –3.0× as long as broad; F 6 1.26 × as long as broad; and clava shorter than F 4–6 combined.

Both O. alrake   and S. wayanadensis   have mandibles with a similar type of dentition (Figs 2, 9). I am unable to explain this in species of two distinct genera, but some functional reason of parasitizing the same host might be an explanation.

Etymology. The species name is based upon the name of the district Wayanad of Kerala State. 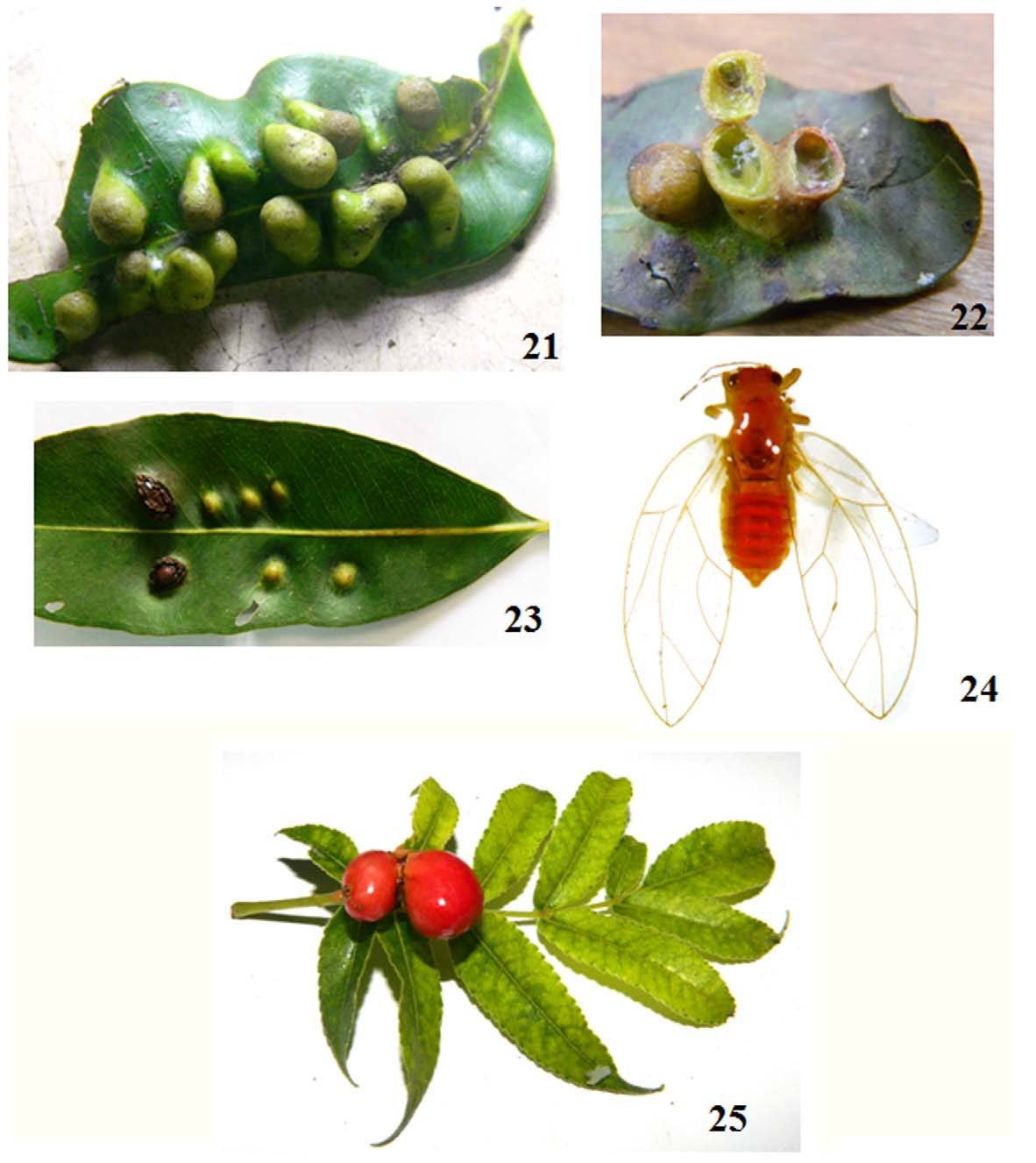