Johansson, Niklas & Cederberg, Björn, 2019, Review of the Swedish species of Ophion (Hymenoptera: Ichneumonidae: Ophioninae), with the description of 18 new species and an illustrated key to Swedish species, European Journal of Taxonomy 550, pp. 1-136: 67-69

Separated from other Ophion   species by the combination of the carinated scutellum, the dorsal undulation of the first tergite, the shape of the head and placement and size of the ocelli. Very similar to Ophion pteridis   and O. vardali Johansson   sp. nov., but without infuscate areas on the mesosoma, slightly wider head in anterior view and the occipital carina usually centrally rounded or straight. From O. pteridis   it is also distinguished by the usually widely interrupted posterior transverse carina of the propodeum with the area posterior to the carina rather smooth. In all studied specimens of O. pteridis   the posterior transverse carina is complete and the area delimited by it strongly wrinkled. Also quite similar to Ophion paukkuneni Johansson   sp. nov. but with less buccate head and the lateral ocellus touching the compound eye. Perhaps most easily confused with Ophion arenarius Johansson   sp. nov., but with the flagellomeres more elongate and the head usually slightly narrower in anterior view.

Inclinans from the dorsal undulation of the first tergite in this species.

Ophion inclinans Johansson   sp. nov. is active in late summer and autumn, August–October, in semiopen agricultural landscapes and light forests. Due to confusion with other species the host records are difficult to interpret. A female in NHRS was reared from Lacanobia contigua (Denis & Schiffermüller, 1775)   . According to Brock (1982) it has been been reared from Hadena   sp. Schrank, 1802, Ceramica pisi ( Linnaeus, 1758)   and Lacanobia oleracea ( Linnaeus, 1758)   . Some of these host records might refer to other previously undescribed species similar to O. inclinans Johansson   sp. nov.

This species is the most widely distributed of all Ophion   species in Sweden, but seems to be rarer in the south.

This species has widely been treated under the name Ophion pteridis   due to a misinterpretation of the lectotype and original description of that species (see remarks under O. pteridis   and Discussion). Ophion inclinans Johansson   sp. nov. forms a very closely related species pair with O. arenarius Johansson   sp. nov. Specimens from subalpine areas in central and northern Sweden have the clypeus narrower and entirely shagreened, while it is wider and polished in typical specimens. These specimens also shows a small but consistent genetical difference from typical O. inclinans   ( Fig. 5 View Fig ) and cluster with some Finnish specimens forming two quite distinct groups. Further research is needed to clearify if these forms represent different taxa. 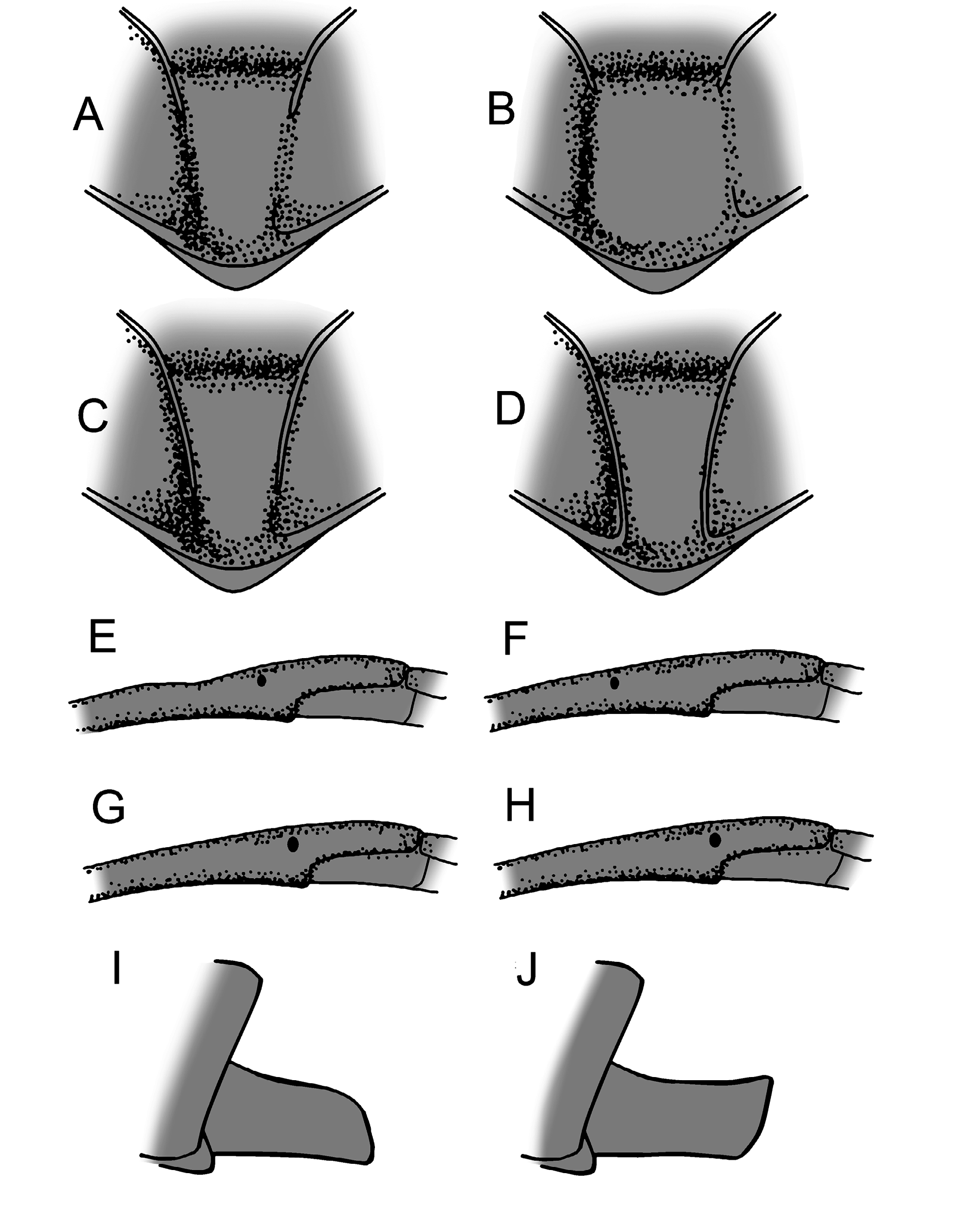 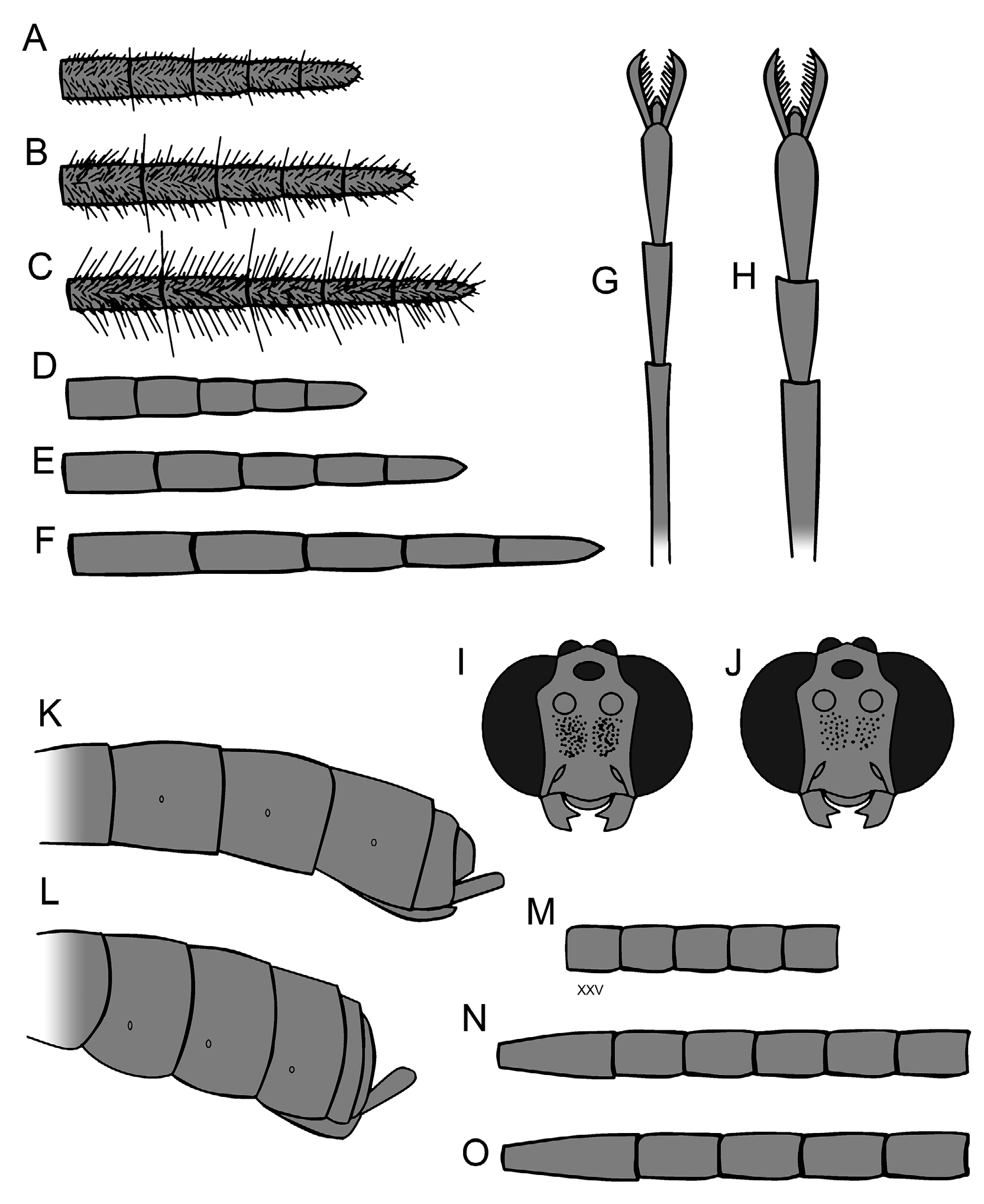 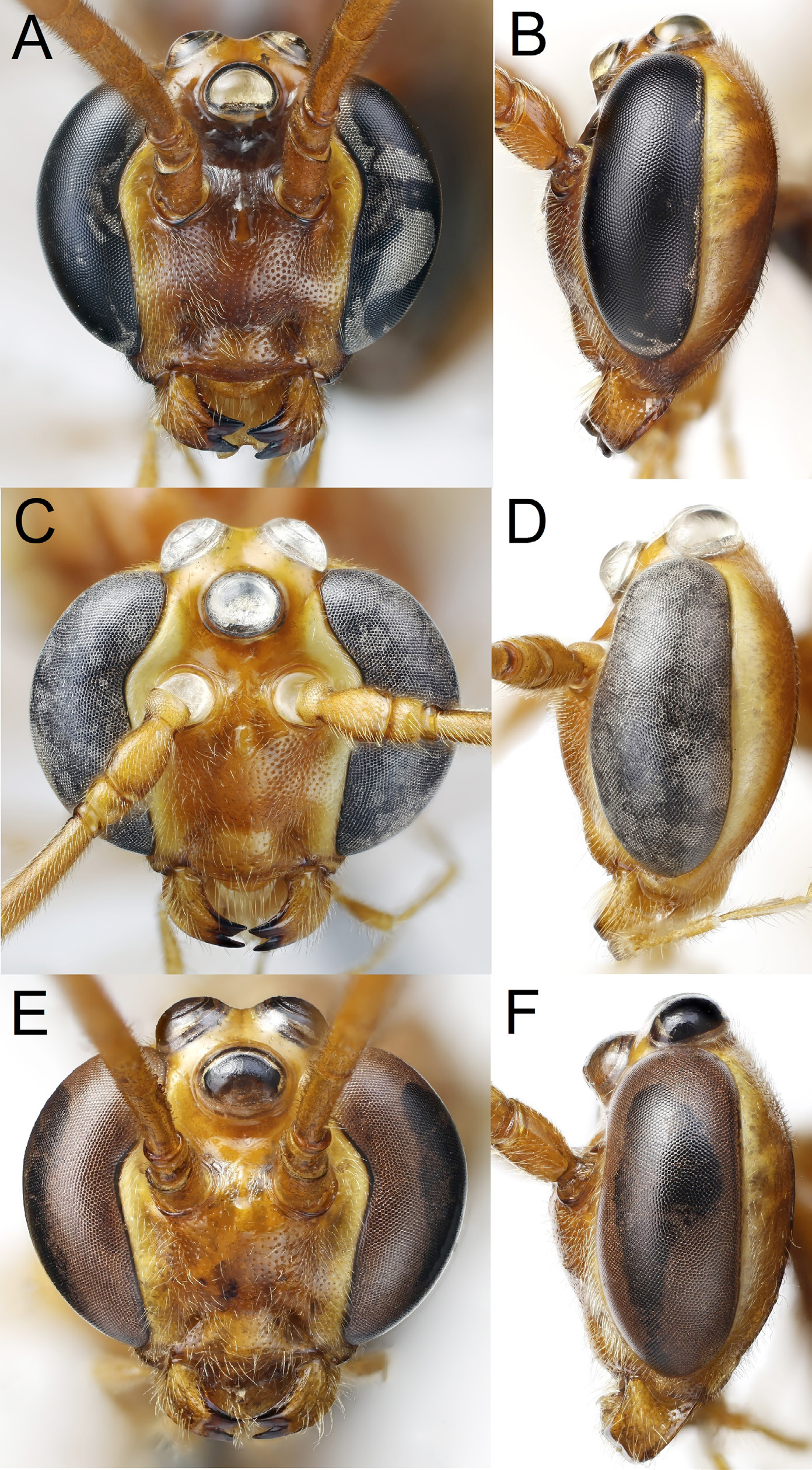