Remarks. Although having one single and incomplete specimen available, it is here describe as a new species as it is the only known species in the genus to present such slender and short dorsal cirri, together with the described distribution of the compound chaetae, with elongated blades with short spines in margin dorsally combined with blades with long, distally dressed spines on the middle of the fascicle, and short blades with short spines in the chaetae of the ventral bundle.

Etymology. The new species is named after Dr João Miguel do Matos Nogueira, colleague and friend, for his contributions to the knowledge of some families of polychaetes, including the Syllidae . 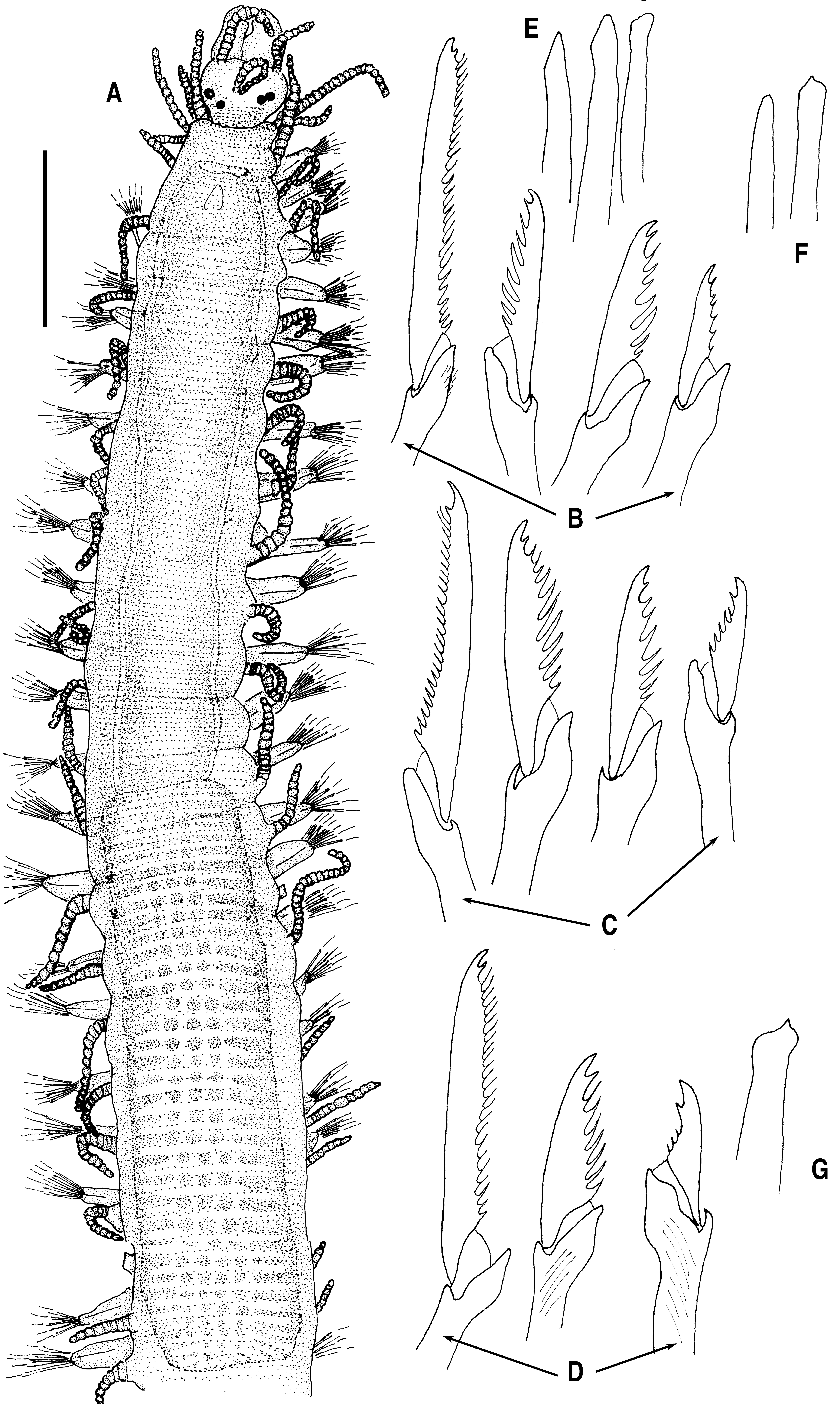