Males and females of the syntype series were morphologically consistent with the specimens forming molecular cluster BOLD:AAO0339, including those sequenced from Ontario, Canada. As the most obvious difference between A. cuspidatus   and the potential new Central European species (see Diagnosis) was the shape of the median process on male tergite VIII (in lateral view) (Fig. 18B, D View Figure 18 ), a male syntype (see above) was designated as the lectotype of this species to fix its identity. Morphology of the aedeagus itself was difficult to study due to its small size and obvious differences between molecular clusters (see below) were not observed (Fig. 19 View Figure 19 ).

Casey (1893) gave numerous characters to distinguish A. americanus   from A. cuspidatus   but all of these were observed to be highly variable within populations in the material studied, including the shape of apical antennomeres, shape of the pronotum, position of the abdominal tubercles in the male, and the type of dorsal expansion of the median process of male tergite VIII. We could not find the depression at the base of tergite VIII on the holotype of A. americanus   mentioned by Casey (1893). Although the aedeagus of the holotype was not studied (not extracted from partly damaged and fragile pygidium), male tergite VIII was intact and its median process in lateral view bears an apical hook, matching the present concept for A. cuspidatus   (Fig. 20 View Figure 20 ). Therefore, in corroboration with Fenyes (1918), we treat A. americanus   as a synonym of A. cuspidatus   .

Anomognathus cuspidatus   is distinctive for its trident-shaped apex of male and female tergite VIII (Fig. 20A-C View Figure 20 ) and can be distinguished from all described species by this feature alone. However, in the course of this study, specimens representing a remarkably divergent barcode cluster (BOLD:ACA9191; 9.63% uncorrected p-distance to A. cuspidatus   ) were investigated and found to likely represent an undescribed species of Anomognathus   in Europe (confirmed specimens from Finland and Germany). Although most morphological characters of A. cuspidatus   and the putative new species are highly variable, including the median lobe of the aedeagus, males can be dependably separated based on the shape of their median process of tergite VIII in lateral view: A. cuspidatus   bears a minute to distinct hook at the apex (Fig. 20A-C View Figure 20 ), while in the undescribed species, the median process converges evenly to a single point, creating an elongate, turnip-shape (Fig. 20D View Figure 20 ). The shape of tergite VIII in females was observed to be extremely variable and no features were deemed to be diagnostic. Externally, most specimens can be recognized as either species (especially males) by the relative proportions of the head versus the pronotum, with A. cuspidatus   generally bearing a small pronotum, narrower than the head (Fig. 18A View Figure 18 ) and the undescribed species bearing a wider, longer pronotum, wider than the head (Fig. 18C View Figure 18 ). The limits of this taxon need further investigation and should include morphological study of a much wider range of sequenced material.

This species occurs under the bark of dead trees. One specimen (NB) was collected from a Lindgren funnel.

Anomognathus cuspidatus   is a widespread West Palaearctic species that is known from Europe, European Russia and Algeria ( Newton 2019) and has been previously known in North America under the synonym A. americanus   . The record from Beijing, China should be verified. The species has become introduced in North America (before 1893) and it is unclear whether the population in Alberta represents a separate introduction from Europe, a secondary introduction from eastern North America or a broad adventive distribution across Canada.

After the results of the present study, two species of Anomognathus   are known to occur in North America: native A. athabascensis   Klimaszewski, Hammond & Langor and the adventive A. cuspidatus   . These are easily separated by the drastically different shapes of male and female tergites VIII (Figs 17D View Figure 17 , 20A-C View Figure 20 ). Previously, only females of A. cuspidatus   (as A. americanus   ) were available from Canada ( Klimaszewski et al. 2016b; Webster et al. 2016). Here we demonstrate that all available Nearctic Anomognathus   specimens with a trident-shaped tergite VIII correspond to Palaearctic A. cuspidatus   . 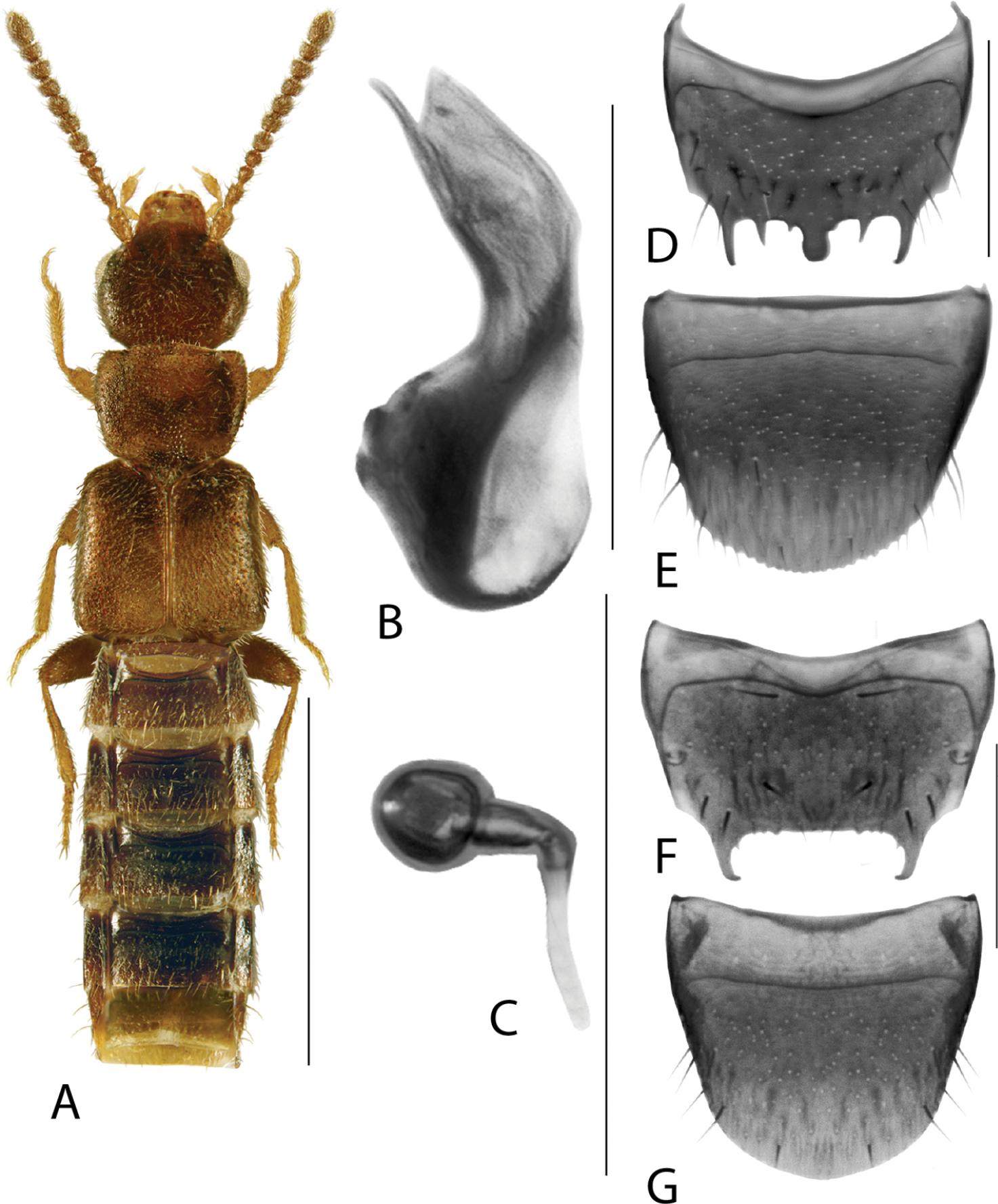 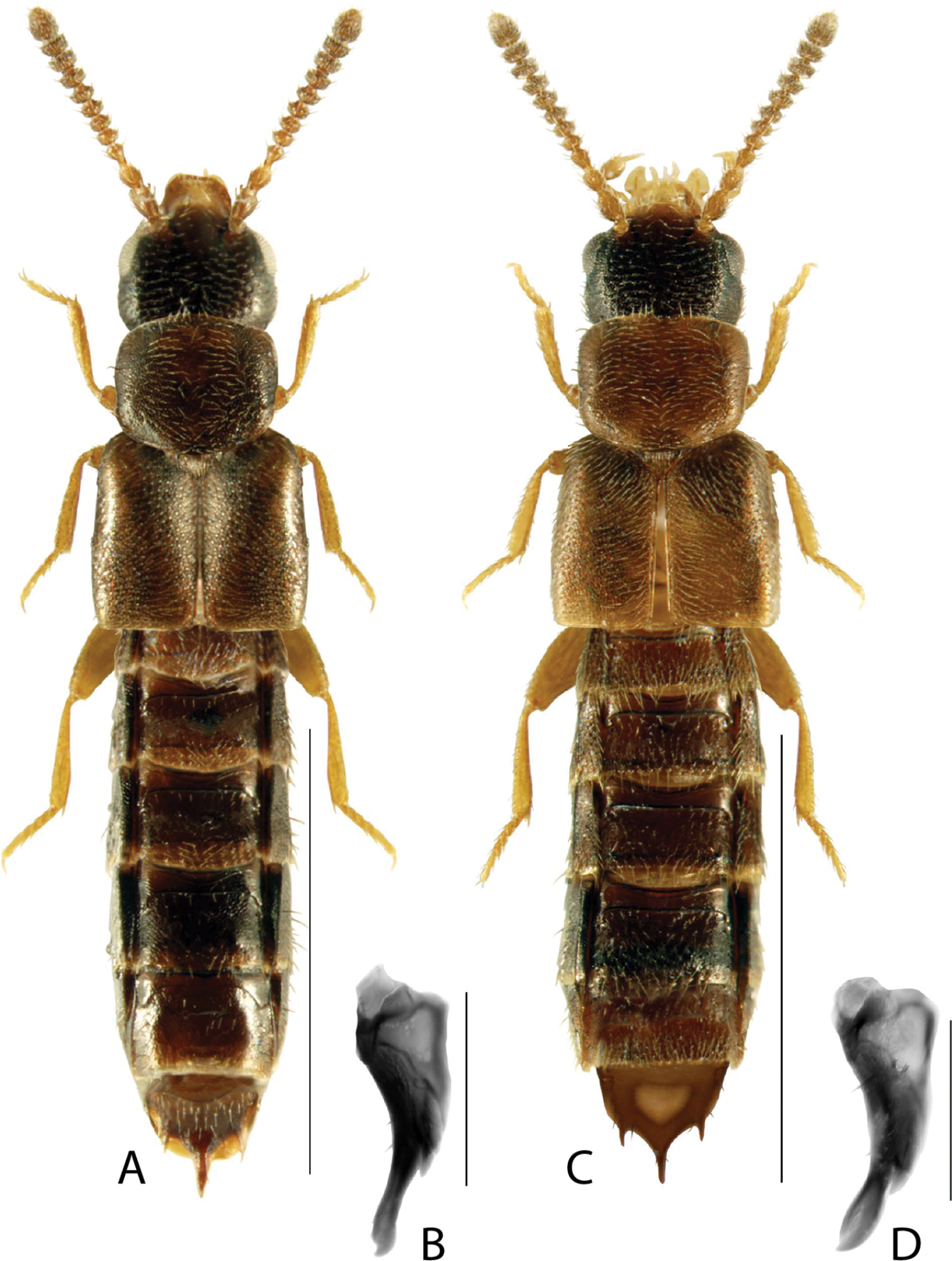 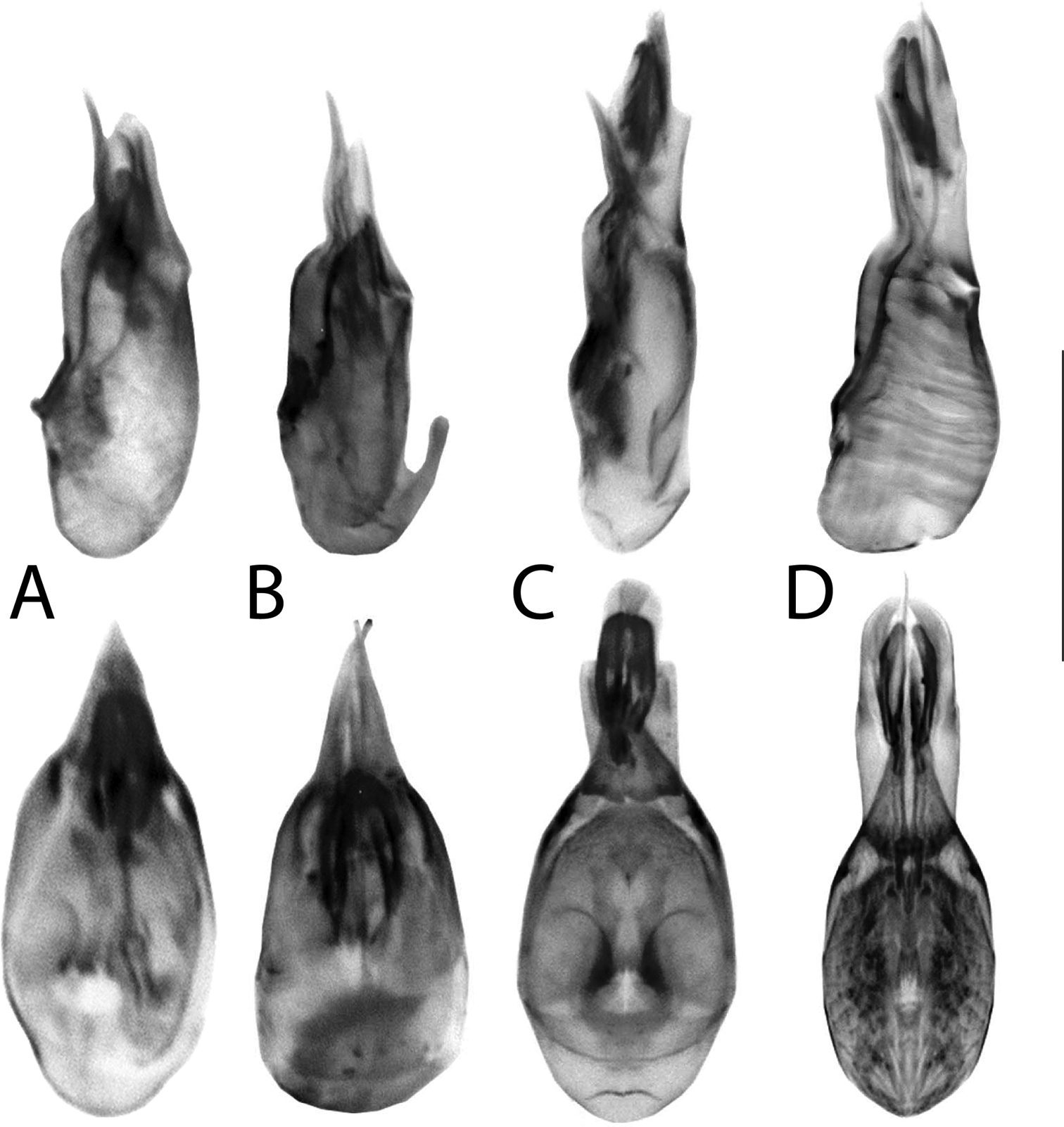 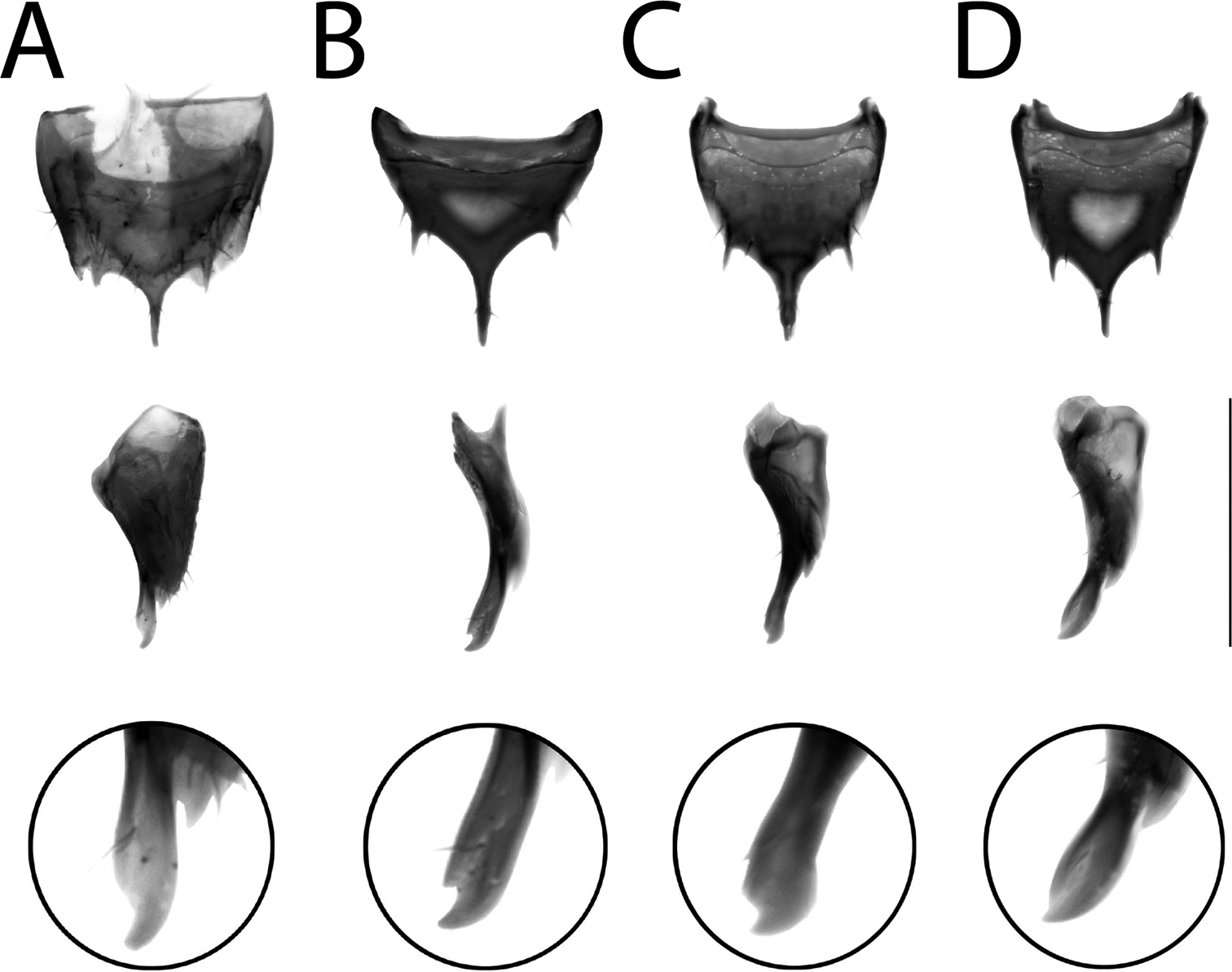