The genus Plumolepilius is best placed within Conotrachelini  ( Curculionidae  : Molytinae  ) by the presence of an open rostral channel, and mesoventrite depressed but not adapted for receiving the rostrum (as occurs in Cryptorhynchini  ). We identify Lepilius Champion, 1905  as the sister group with both genera having a short and swollen mesepisternal suture in common. Plumolepilius is best separated from other genera of Conotrachelini  by the presence of plumose scales lining the prosternal channel. Expanded elytral humeri and tubercles are present in several species, and some species have two conical tubercles, laterally compressed, at the base of the elytral declivity on the fourth interstice. Characters such as the elytral humeri shape, form of tubercles and male genital morphology could be useful for classifying species into natural groups. Some species can be differentiated with precision only by the inspection of male genitalia. Sex of specimens is easily determined by the distribution of rostral scales; in males scales are present from the base of the rostrum to the antennal insertion, while in females scales are present only at the base of the rostrum ( Figs. 1–2View FIGURES 1 – 7). Other characters, if present, such as expanded elytral humeri and tubercles, are more developed in males or absent in females. 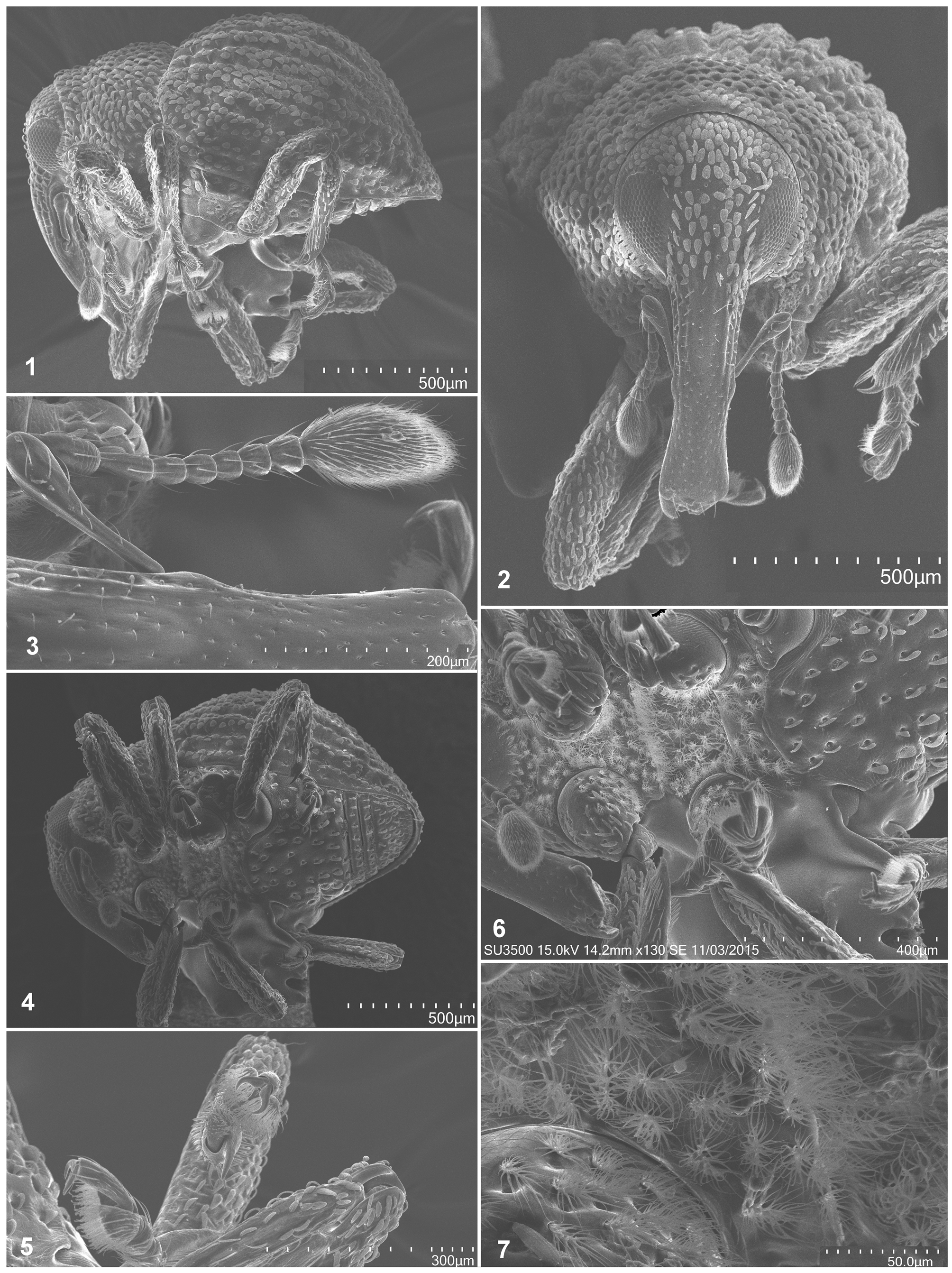