Colony with numerous polyps (total ~70). Polyps connected through stolons attached to rock. Stolons are thin and rounded (circular in cross-section, ~0.3 mm in diameter) and polyps are spaced apart irregularly, either adjacent to one another or spaced apart up to ~5 mm. Expanded polyps are ~2.2-3.0 mm in width and retract fully into calyces of ~1 mm wide and up to ~2 mm in height. Calyces do not retract into the stolon. The oral disk of the polyps is expanded into a circular membrane by fusion of proximal regions of adjacent tentacles ( Figure 2aView Figure 2), as is characteristic of arulids. The oral disk has eight shallow furrows that run from intertentacular margin to mouth of polyp, dividing the membrane into eight lobes. The distal two-thirds of the tentacles extend from fused margins of the oral membrane. Tentacles with 6-10 pairs of widely spaced pinnules are arranged in a single row on either side of rachis.

Polyps are brown coloured in life with a whitish oral disk, but yellowish white when preserved in ethanol. Zooxanthellate.

The paratype is a colony consisting of ~10 polyps. Polyps of the paratype colony show variation in colouration; the whitish colour is not restricted to the oral disk but is also seen in the tentacles. This could be due to differences in sclerite density ( Figure 2aView Figure 2), as described in Alderslade and McFadden (2007) and Lau et al. (2019), or it could be due to the position of zooxanthellae in the tissue.

Anthocodial rods are scarce in Bunga payung  gen. nov. et sp. nov. The 6-radiate type of sclerite was not observed in this genus but is present in Arula  and Hana  , the two other genera in the family Arulidae  .

From the Malaysian and Indonesian word payung  , which means umbrella; denoting the shape of the oral disc of the polyps, which resemble the shape of an umbrella. 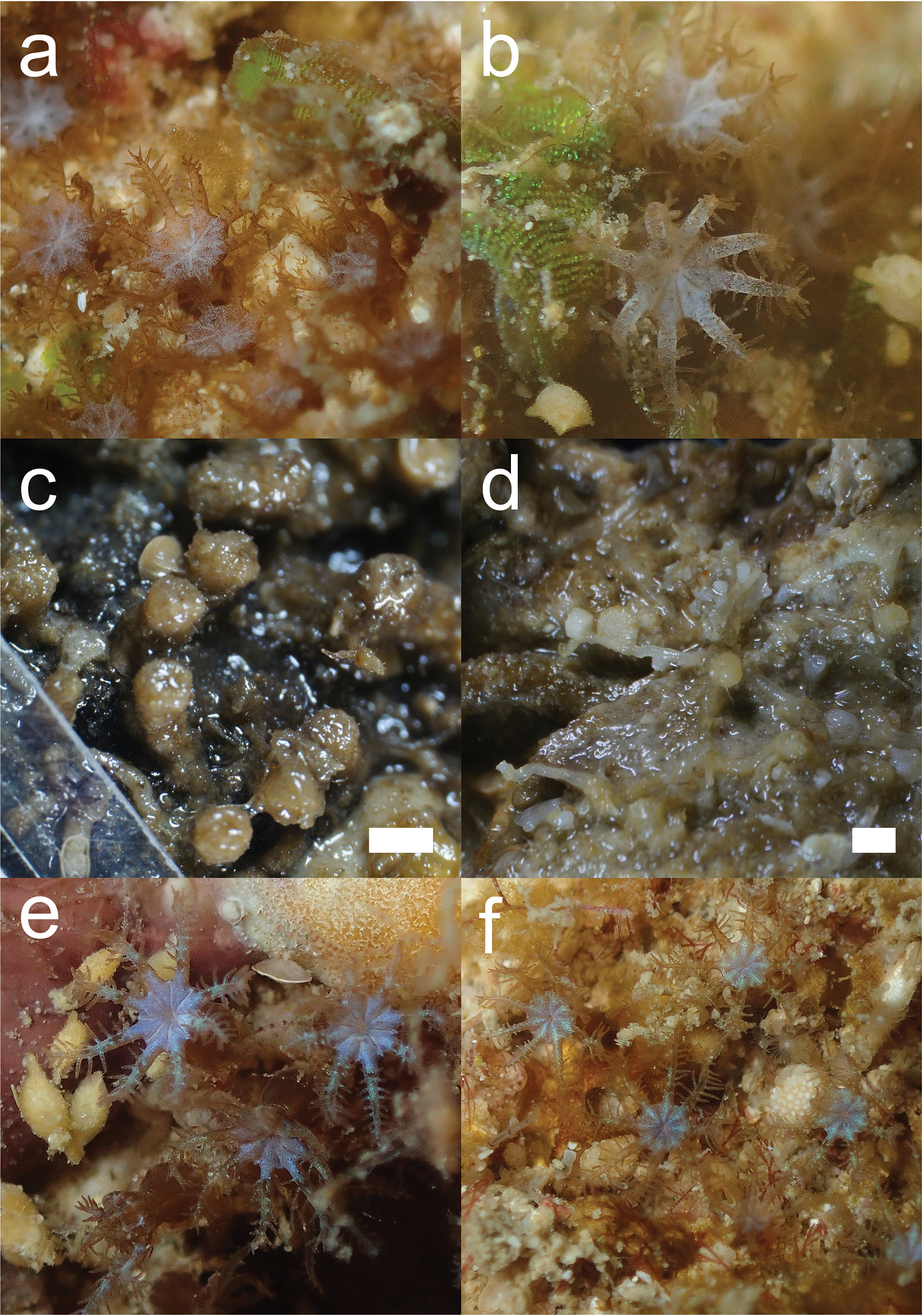 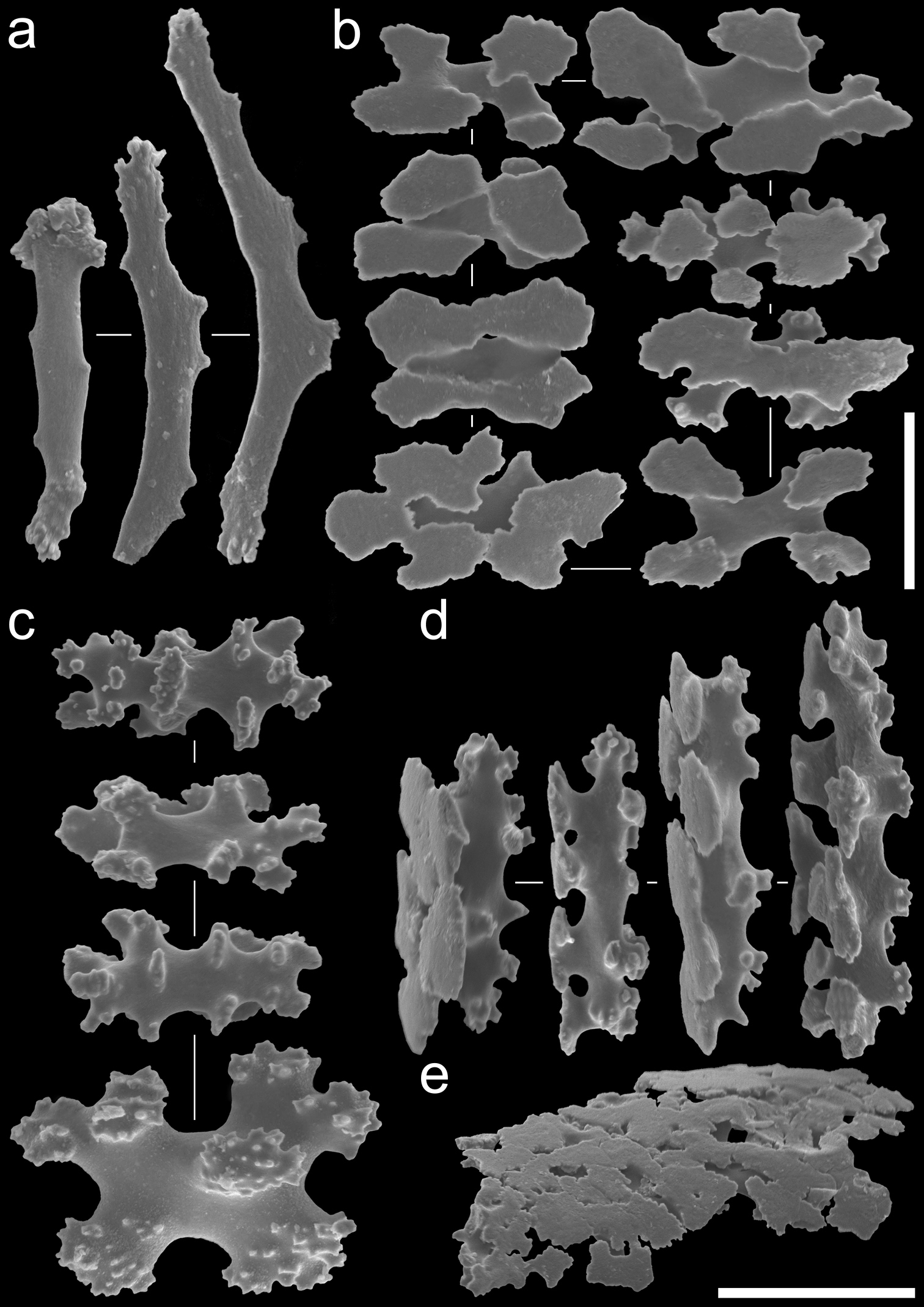