Life history. Both the sexual and asexual generations were previously recorded ( Stone et al. 2008), but a detailed description of the sexual-generation galls was not given and is provided here for the first time. Galls of the sexual generation develop on oaks from section Cerris. They usually form a cluster of 15 or more conical, single- chambered, 2.0– 2.5 mm long and 1.5 mm wide units that are tapered apically, smooth, greenish-brown and thinwalled ( Fig. 52 View FIGURES 47–52 ). Galls of the asexual generation are found on oaks from section Quercus , and are morphologically diverse. The typical galls are composed of several tapering, curved lobes up to 30 mm long, which form a big, irregular sphere and are multi-chambered ( Fig. 15 View FIGURES 11–16 ). Other galls in the population have shorter, thicker lobes ( Fig. 16 View FIGURES 11–16 ). Young galls are pale green with flexible spiny lobes, sometimes with soft brown hair at their center. Mature galls are brown and woody.

Phenology. Adults of the sexual generation emerge in May in most locations in Israel, but at higher elevations and cooler habitats (e.g. Mt. Hermon) galls become apparent only in April and adults emerge in June. Galls of the asexual generation begin to develop in August and adults emerge from them in late December to January, after which galls may remain on the tree for several years.

The typical galls of the asexual generation are superficially similar to those of A. grossulariae ( Fig. 9 View FIGURES 5–10 ) but differ in the more delicate and pointed lobes. The less common morphologies of this gall ( Fig. 16 View FIGURES 11–16 ) resemble the galls of A. coriariformis ( Fig. 17 View FIGURES 17–22 ) but lobes of the latter are shorter and widely splayed. 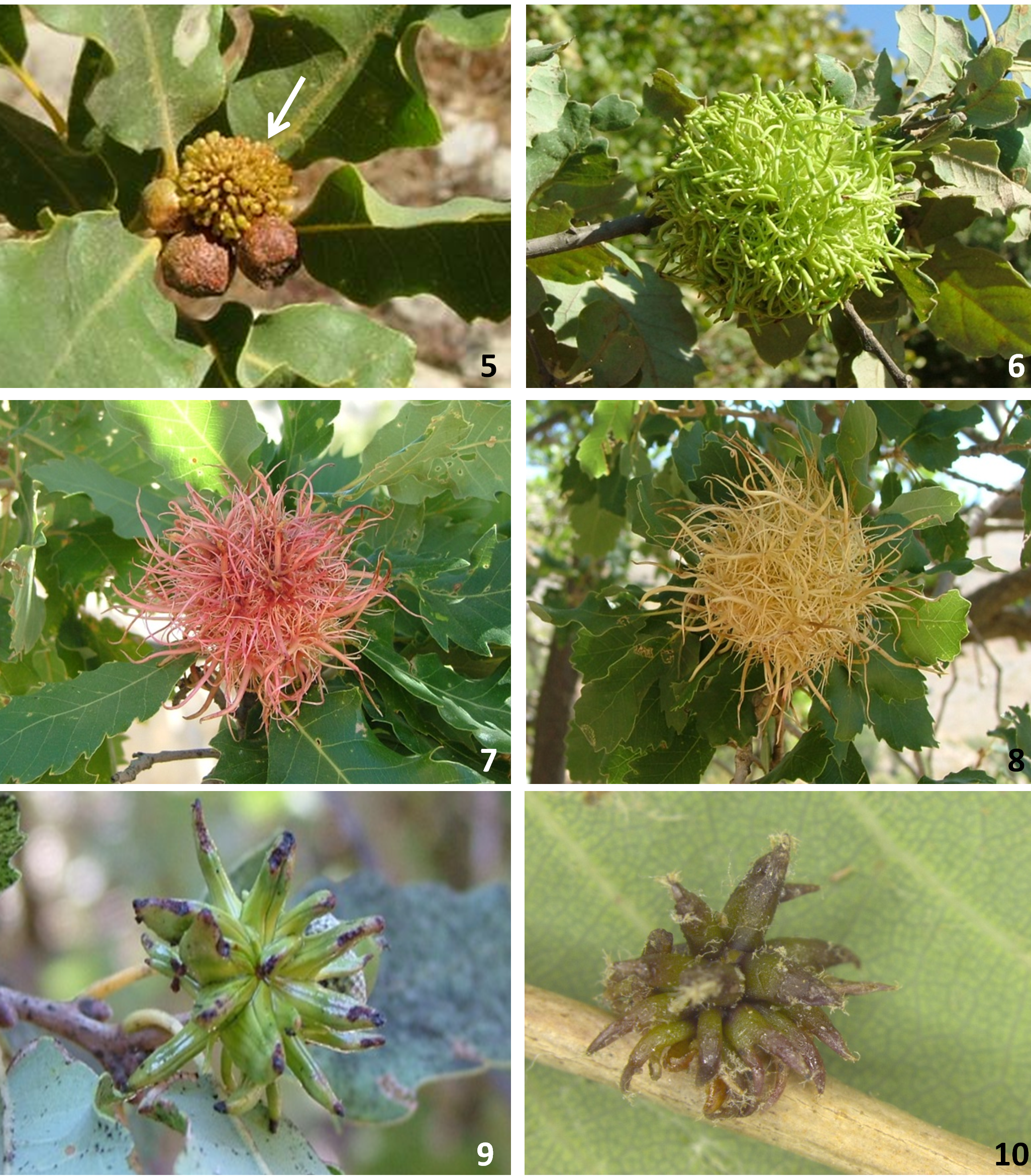