Life history. Known only from the bud galls of the asexual generation, which are spherical, single-chambered, 10–14 mm in diameter, with velvety, sometimes slightly wrinkled surface, broadly attached to the branch or sometimes to the trunk ( Fig. 37 View FIGURES 35–40 ), often in clusters of 5–8. The gall contains an internal ovoid chamber that is attached to the inside wall in young galls but detaches from it and rolls freely inside the mature gall ( Fig. 38 View FIGURES 35–40 ). Young galls are light green, turning brown when mature. Old galls remain on the trees for several years.

Phenology. Galls appear in August and adults emerge from them in October-November. In the present study one adult emerged from a gall on Q. libani in January.

Comments. Galls of A. persica are very similar to those of A. cerricola and A. kordestanica but these species have not been found in Israel. The galls are often invaded by the inquiline Synergus variabilis Mayr , especially on Q. ithaburensis . An invaded gall is bigger, irregularly shaped and multichambered ( Figs 39–40 View FIGURES 35–40 ), whereas an uninvaded gall is spherical and single-chambered ( Figs 37–38 View FIGURES 35–40 ). Sternlicht (1968b) listed the axesual generation of Andricus kollari Hartig as occurring in Israel (his Figs 18–20 View FIGURES 17–22 ) but we never found this species in Israel and conclude that Sternlicht mistook its galls for those of Aphelonyx persica . Galls of the two species are somewhat similar in shape and colour but those of A. kollari develop only on oaks from section Quercus . 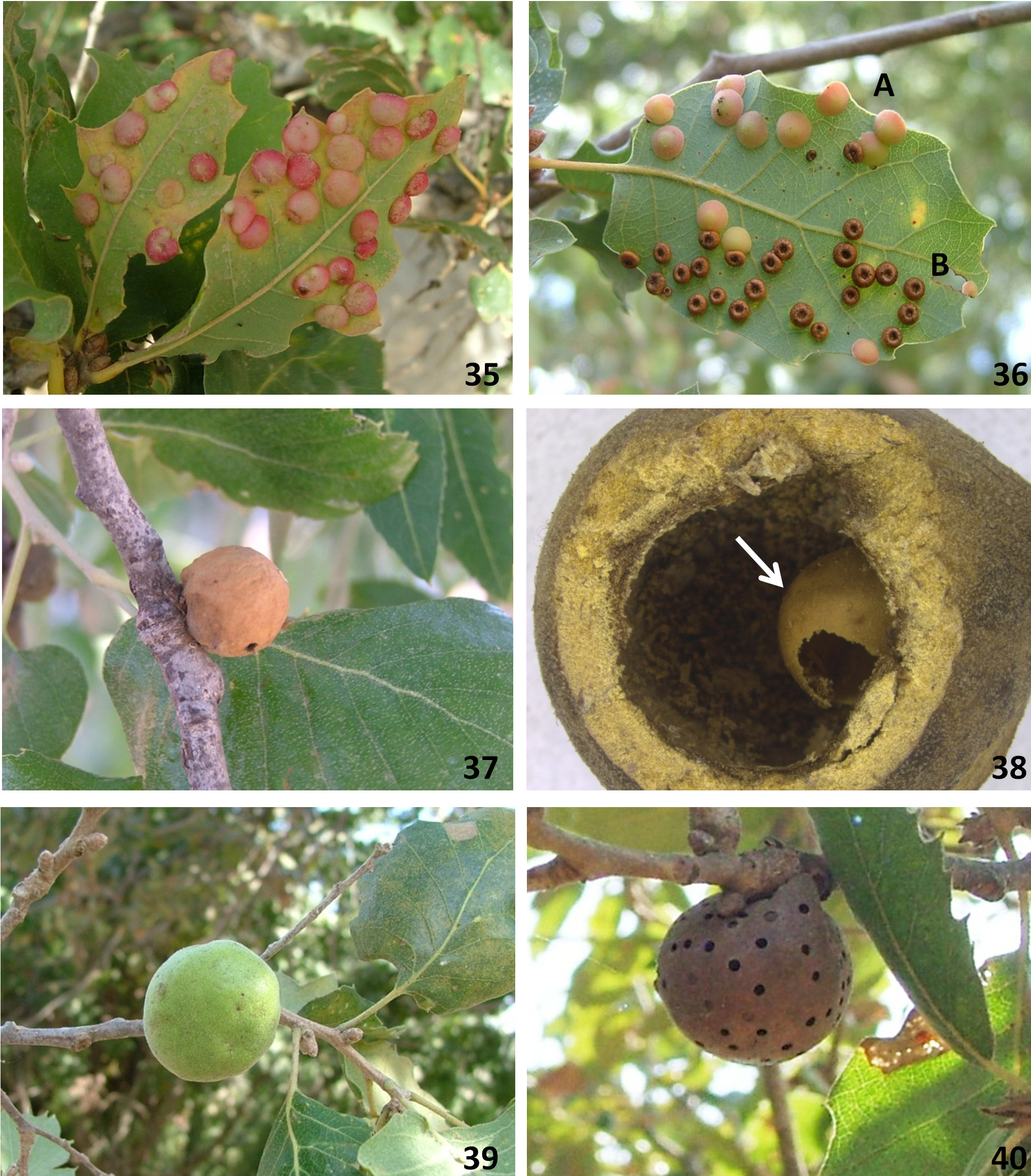 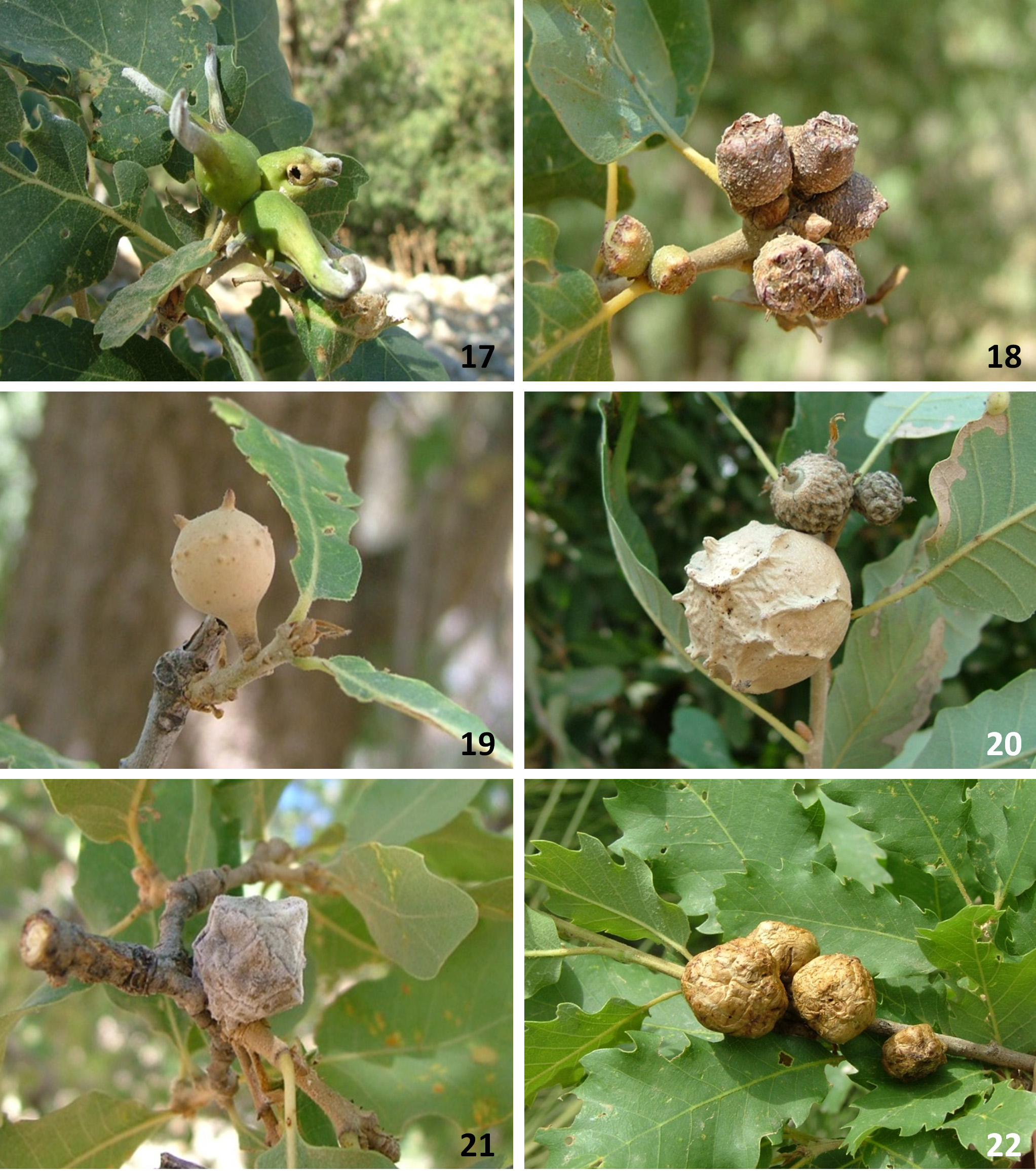