Remarks. Shamshev & Grootaert (2002) noted great sexual dimorphism in the chaetotaxy of the palpus and foreleg of the type species, C. ismayi   , which is not seen in the newly described species, Chimerothalassius runyoni   sp. nov. (see Description and Remarks for this species below). We have examined specimens of two additional undescribed species from South Island, New Zealand (1 male, UGIC; 1 female, USNM) and comparision with a male of C. ismayi   from Port Levy ( UGIC), suggests that the type series of C. ismayi   (8 males and 14 females) may be comprised of two different species, one for each sex. Even though the type specimens of C. ismayi   were all collected from a single stony beach on the same day, we suspect that the holotype and remaining male paratypes belong to C. ismayi   , whereas the female paratypes belong to one of the additional undescribed species.

Recognition of the two new species from New Zealand, and the new species from Costa Rica brings the total number of known species of Chimerothalassius   to five; however, formal description of these species must await the collection of additional specimens. 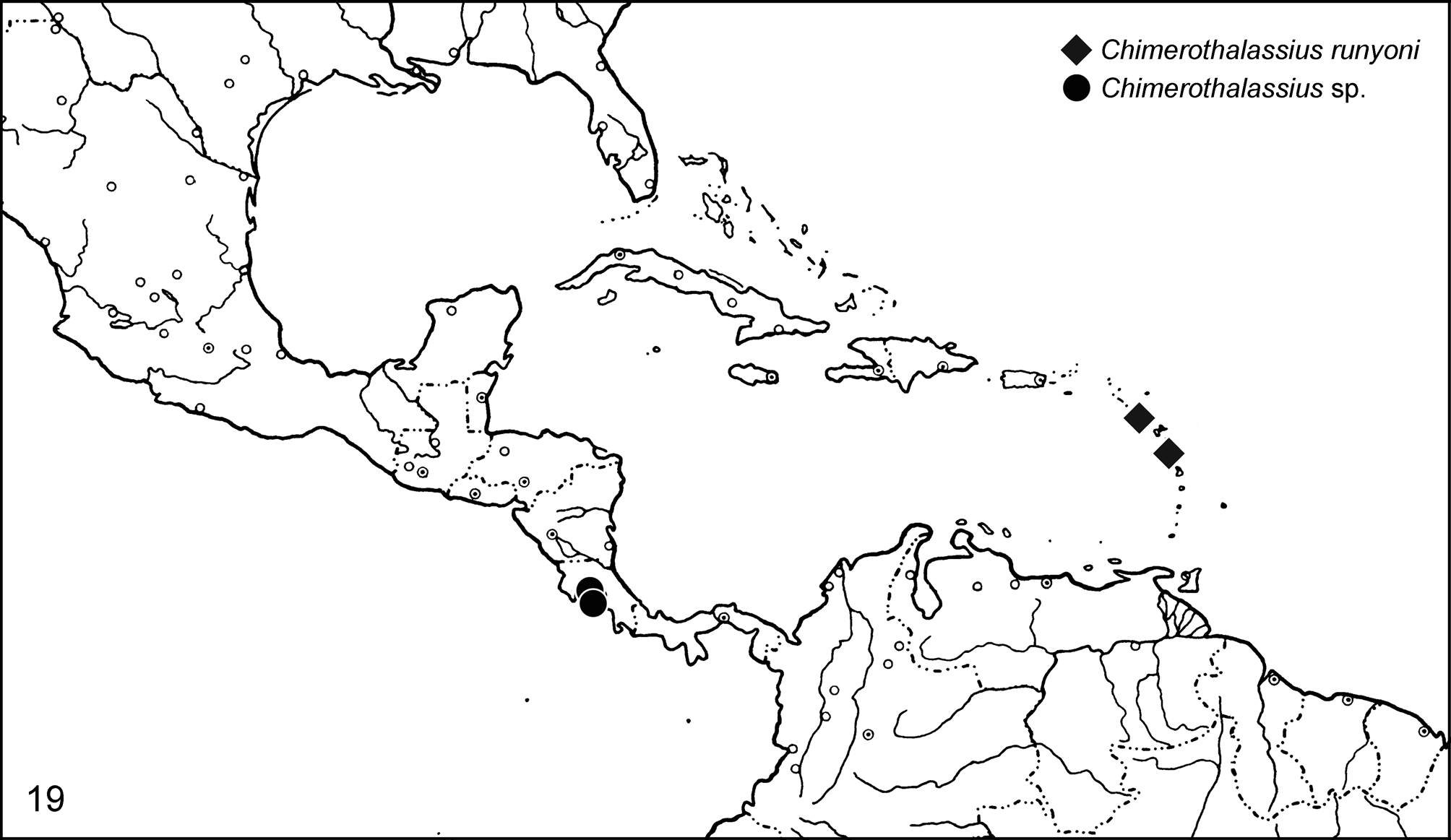 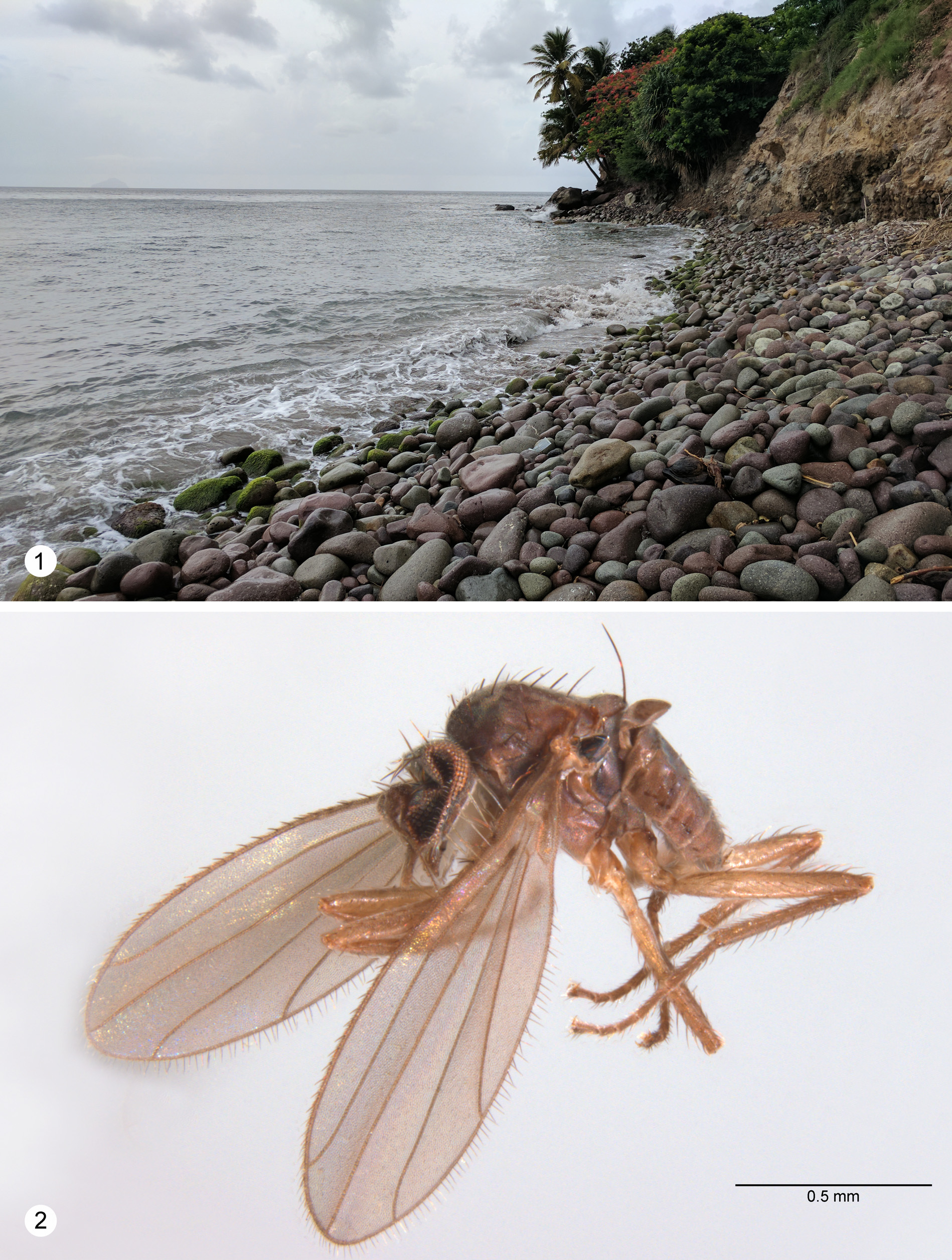