Remarks. Following the most recent assessment of Laomedia   in Ngoc-Ho (1997), the single specimen from Lombok is morphologically closest to the type species, L. astacina   . Based on the material examined by Ngoc-Ho (1997), L. astacina   appeared to range from Japan and Korea south to Vietnam; Johnson’s (1972) specimen of L. astacina   from Malaysia was re-identified as L. cf. paucispinosa   Ngoc-Ho, 1997. Thus, prior to this study, L. astacina   was believed to occur in temperate and subtropical waters of East Asia, being “replaced” by L. paucispinosa   in the more tropical parts of South-East Asia ( Ngoc-Ho 1997). However, our first record of L. astacina   from central Indonesia suggests that this species extends well into the tropics south of the equator.

The female from Lembar, southern Lombok, shows all the typical features of L. astacina   , as illustrated by Ngoc-Ho (1997), although a few differences were noted. For instance, in the female from Lombok, the postocular spines are blunter and less projecting compared to those of males from Taiwan and Vietnam ( Ngoc-Ho 1997: fig. 1 A, C). The chelipeds of the Lombok female are extremely hairy, covered by large and very dense tufts of setae ( Fig. 23 View FIGURE 23 ), completely concealing small spines on the dorsal surface of the palm and merus; Ngoc-Ho’s (1997) illustrations show chelipeds mostly denuded of setae. More material from Indonesia and adjacent regions ( Malaysia, Philippines, Papua New Guinea) is necessary to properly assess the status of what is currently seen as a tropical population of L. astacina   .

The record of L. astacina   from Maharashtra, India, by Sankolli (1971), although listed under the synonymy of L. astacina   by Ngoc-Ho (1997), most likely refers to a different species, closely related to L. astacina   and L. paucispinosa   . Sankolli’s single specimen differs from the Japanese specimens of L. astacina   (cf. Sakai 1962; Ngoc-Ho 1997) in the shape of the rostrum, which is narrowing distally, with two or three small, closely spaced teeth on the distolateral margins. Sankolli (1971) noted other differences between the Indian and the Japanese specimens, such as the absence of tubercles or teeth on the chelipeds, and the absence of a lateral notch on the uropod rami and telson. More material of Laomedia   from India and other localities in the northern Indian Ocean is needed to clarify the taxonomic identity of the species reported by Sankolli (1971). 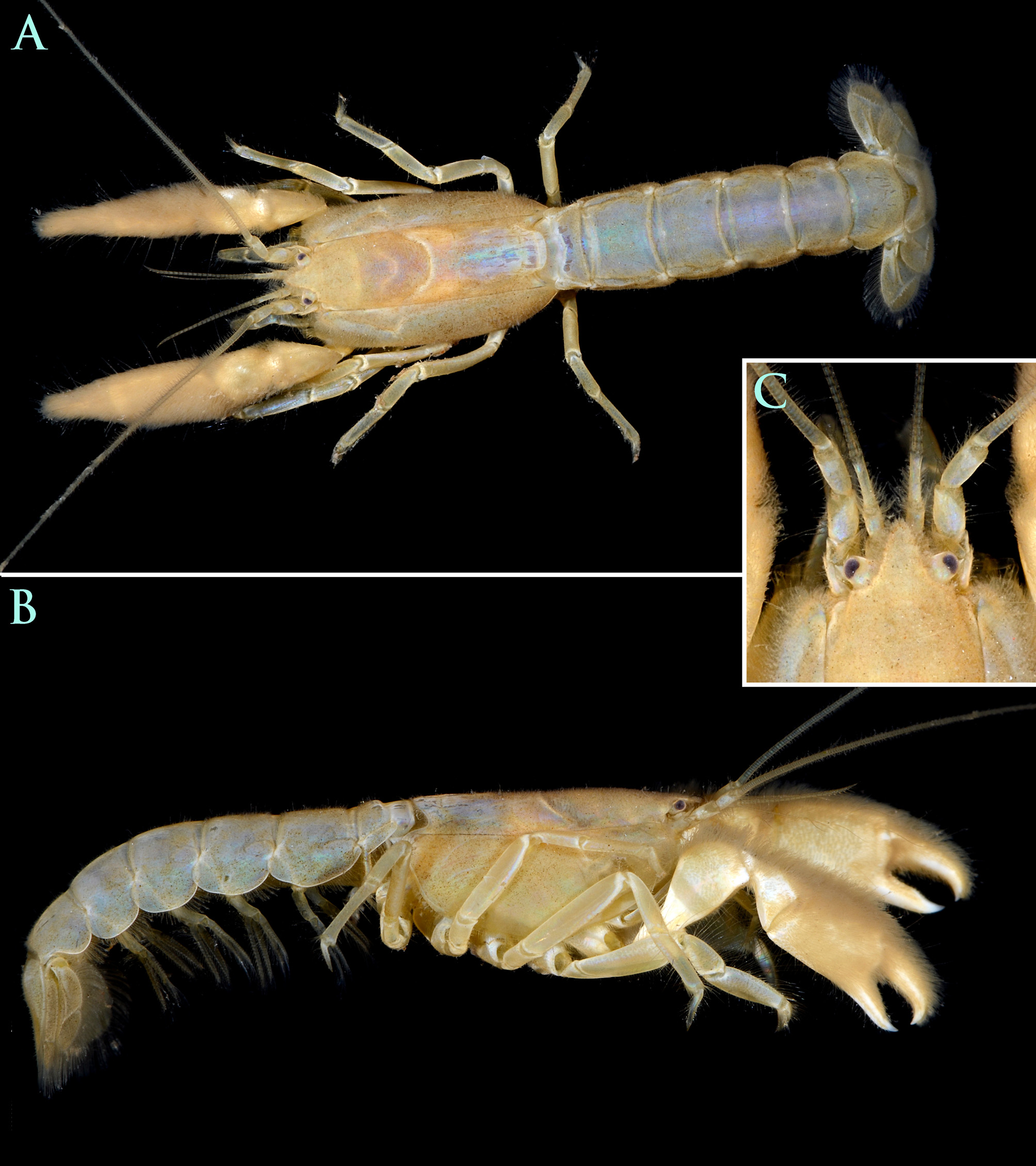