C o m m e n t: Stilicoderus wrasei was previously recorded only from the Xue Shan near Lincang in Lincang Prefecture, western Yunnan ( ASSING 2013a). The above records considerably expand the known distribution towards the east.

The above material is distinguished from the holotype by a slightly larger aedeagus with a less strongly bent ventral process (lateral view) and larger apical spines ( Figs 9-11 View Figs 6-14 ). Moreover, the male sternite VIII is slightly longer and of slightly different shape ( Figs 12-14 View Figs 6-14 ). Remarkably, there are even differences between the males from the environs of Wuding and those from the locality near Xundian ( Figs 10-11, 13-14 View Figs 6-14 ). On the other hand, no significant variation was observed in the males from one and the same locality. More material from other localities is required to clarify if the observed differences are an expression of intra- or interspecific variation. In the meantime they are interpreted as intraspecific variation.

The currently known distribution is illustrated in Map 3 View Map 3 . 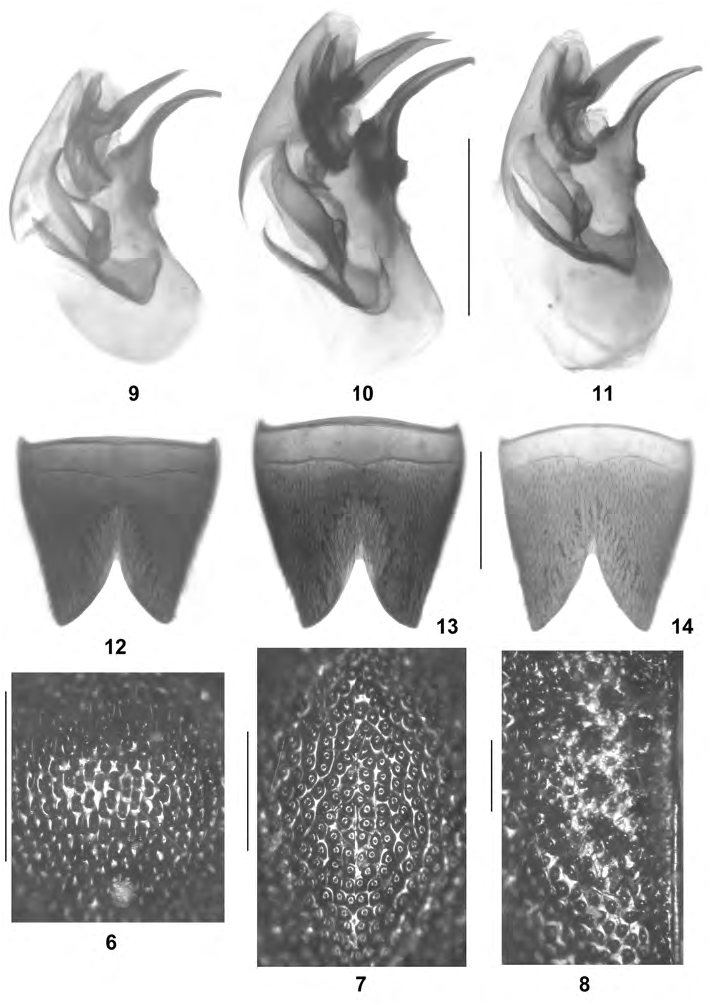