The photographs of the habitus and type labels are available in the Arthropod Collections Database of FMNH (last access: 14.11.2020)   .

Body and antennomeres 6–11 yellow-brown to brown or reddish-brown, with darker head, middle of pronotum, and latero-apical and apical portions of elytra; mouthparts, antennomeres 1–5, intersegmental membranes between tergites of abdomen, and legs yellow. Head with dense isodiametric microsculpture, coarser in middle and on infraorbital ridges; neck with transverse meshes, larger than that on head; pronotum with very dense, coarse isodiametric sculpture, slightly coarser than that on head, with indistinct, moderately dense, and deep punctation; scutellum with distinct isodiametric meshes, without punctures; elytra with punctation sparser and larger than that on pronotum, with regular, dense, isodiametric microsculpture distinctly coarser than that on pronotum; abdomen with fine, indistinct punctation and transverse microreticulation. Forebody as in Fig. 17 View FIGURES 15–17 in Steel (1960).

Comparative notes. Regarding body size and the shapes of the transverse pronotum and the aedeagus, P. opacicollis   is similar to that of P. similis Steel, 1960   from Sumatra, but differs by the base of the pronotum not sinuate on each side, a wider median lobe of the aedeagus, and the apical portions of the parameres. The shape of the female genital segment and spermatheca is similar to that of P. impressicollis (Cameron, 1924)   from Sumatra.

For illustrations of the compared species see Steel (1960).

Distribution. The species is known from the northern parts of Vietnam and Laos ( Fig. 36 View FIGURE 36 ).

Remarks. Paraphloeostiba opacicollis   was originally described from “ Hoa Binh ”, northern Vietnam ( Steel 1960). The shape of the female accessory sclerite is illustrated in figure 88 ( Steel 1960) and Fig. 35 View FIGURES 31–35 . The spermatheca is similar to that of P. impressicollis   , which is illustrated in figure 87 in Steel (1960). Based on external morphology and the shape of the female accessory sclerite, the specimens from Laos are conspecific with P. impressicollis ( Steel 1960)   . A future study of the type and additional material of the Sumatran P. impressicollis   and P. similis   may reveal that these names are synonymous. 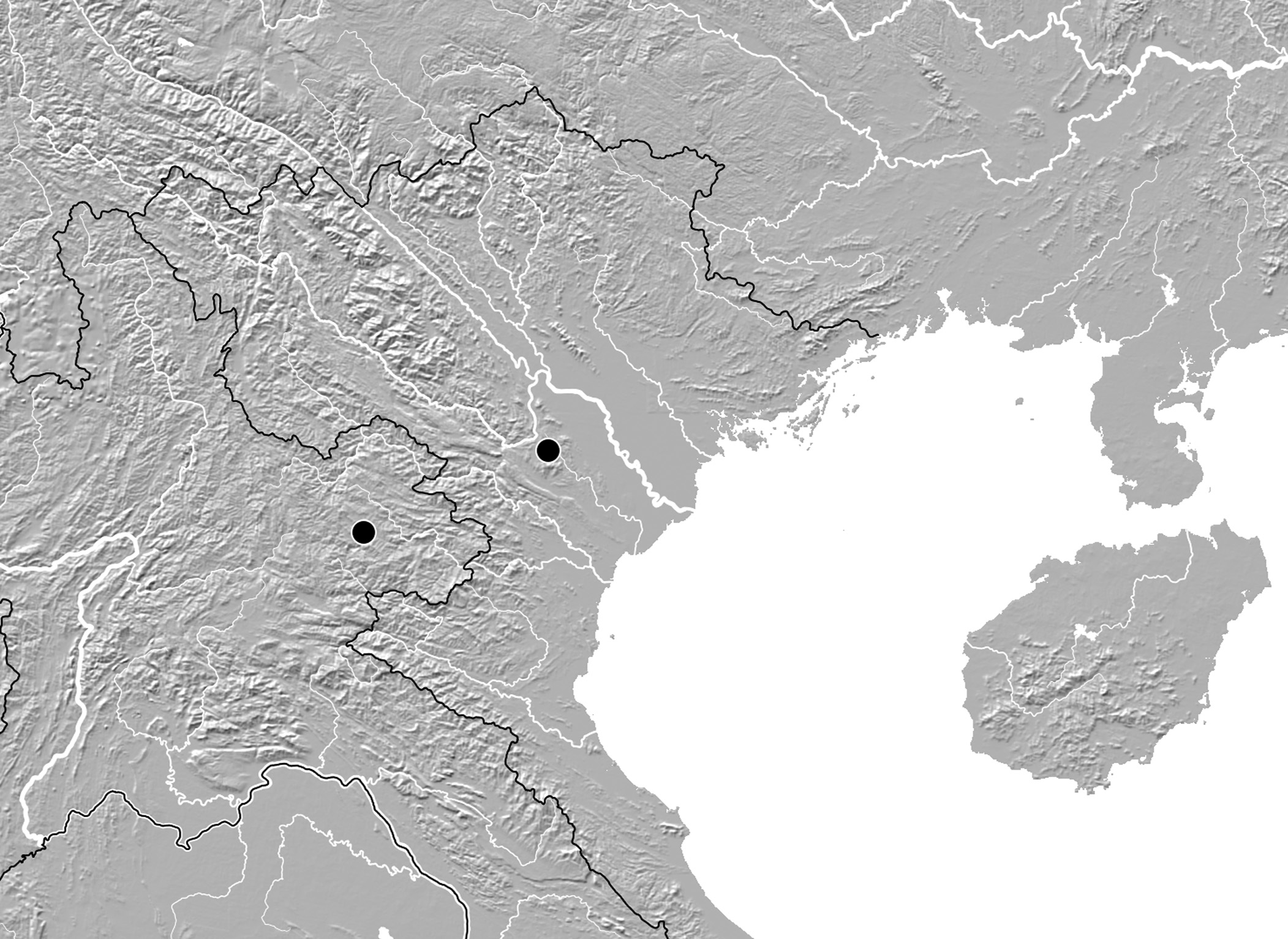 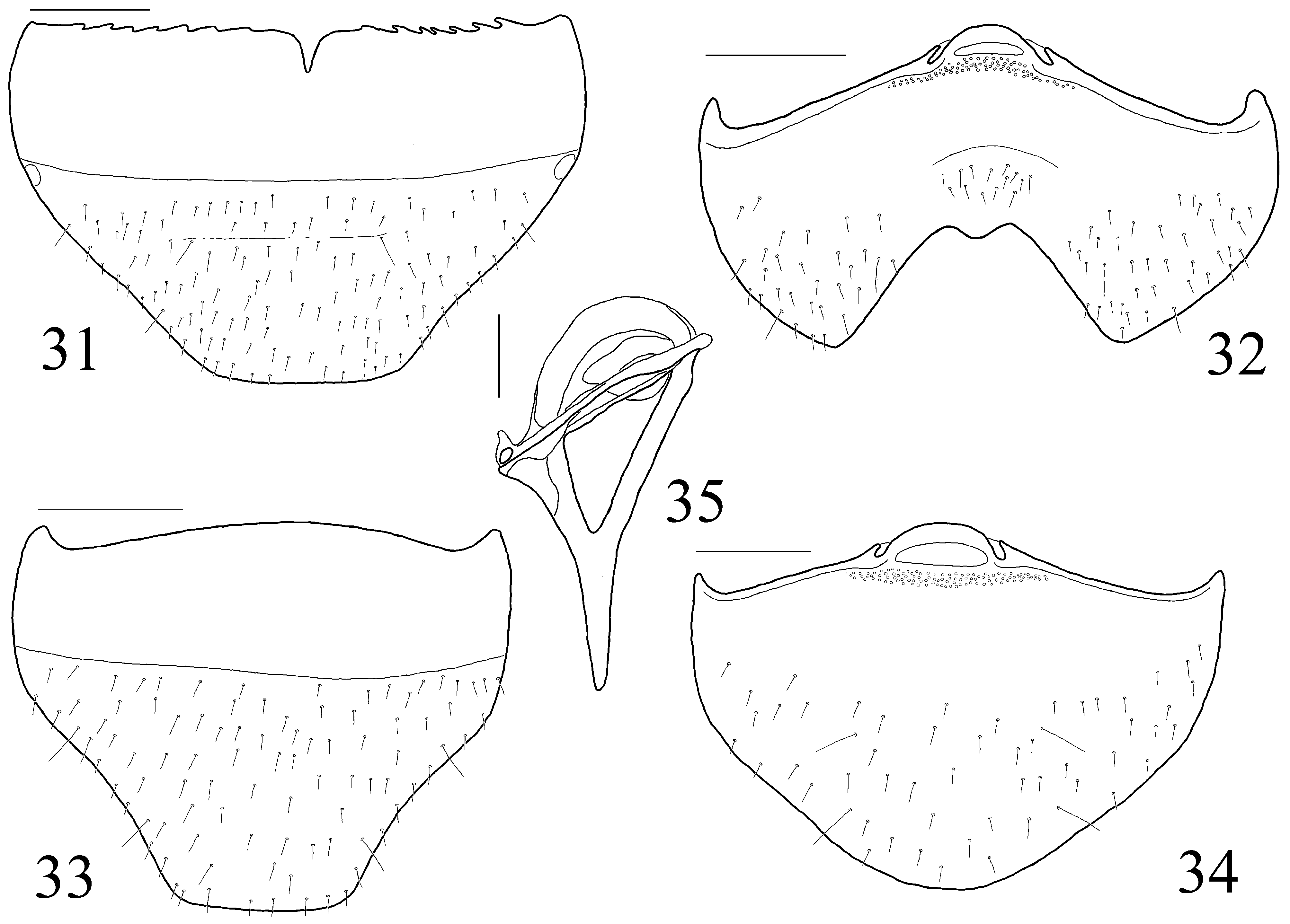