Etymology: The specific name refers to the country where the species was collected.

FR ( Fig. 3A View Figure 3 ) long and slender, about 11 times as long as broad, with seven setae: I and II of nearly same length, inserted close together in the middle of FR. III as long as I and II, inserted in distal quarter of FR. IV, V and VI inserted distally; seta V longest, seta IV much smaller, VI shorter than IV. Seta VII articulated at its base, inserted dorsally in the middle of FR, close to setae I and II.

A2 ( Fig. 4B View Figure 4 ) with allobasis covered with spinules, with two abexopodal setae (the distal one bare and smaller than the first, bipinnate seta). Without exp. Enp with several spinules, medially with two (one unipinnate and one bare) spines and one bare seta smaller than preceding spines. Terminally with six setae, three of which long, dentate, and geniculate, two unipinnate setae, and one small bare seta. Subterminally on anterior margin there is a strong cuticular dentate frill. 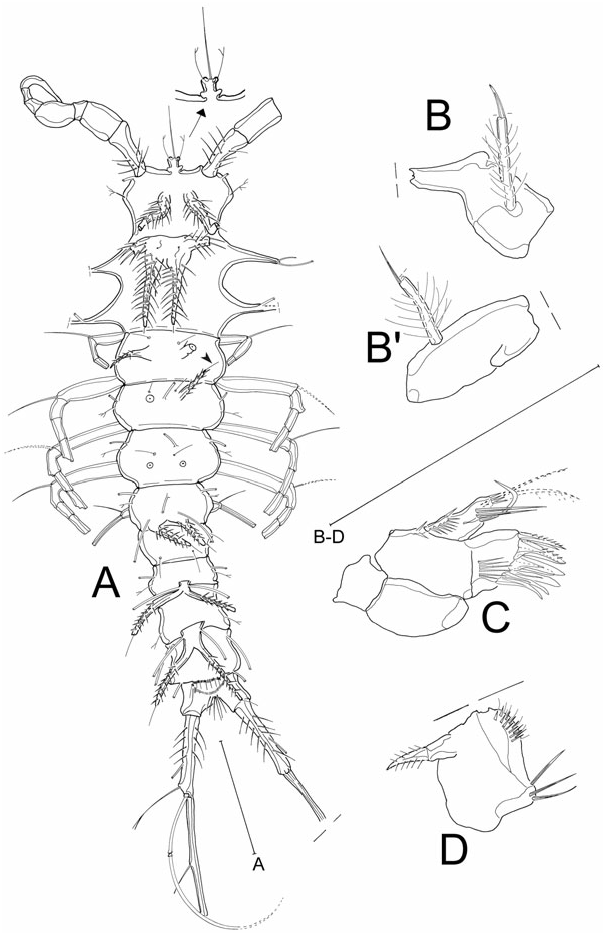 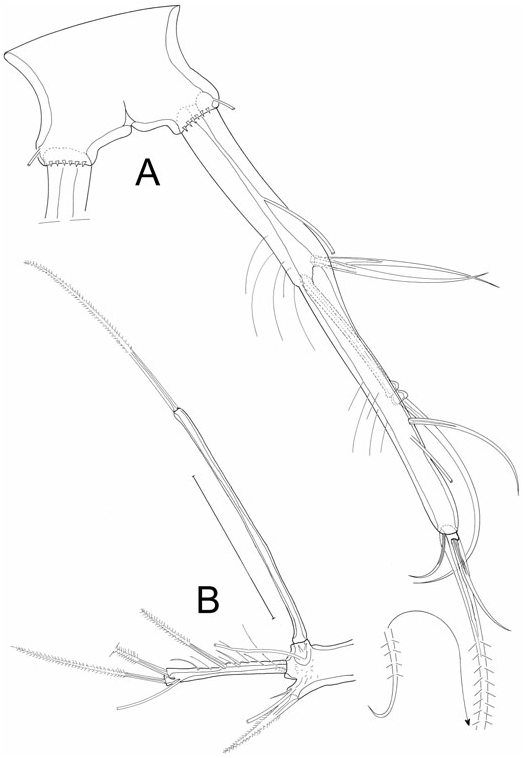