Etymology: the species is dedicated in fond appreciation of the late Professor Catarina R. Nogueira, who introduced the first author to the taxonomic study of copepods.

A2 ( Fig. 9A View Figure 9 ). Allobasis ornamented with spinules with two abexopodal setae (distal one bare and smaller than the proximal, pinnate seta), without exp. Enp with several spinules, medially with two (one unipinnate and one bare) spines and one bare seta smaller than preceding spines. Apically with six setae, four of which geniculate and one small bare seta.

P5 ( Fig. 9B View Figure 9 ). Baseoendopodal lobe represented by one small bare seta; with tube-pore at base of setophore. Exp distinct, with four bare setae. 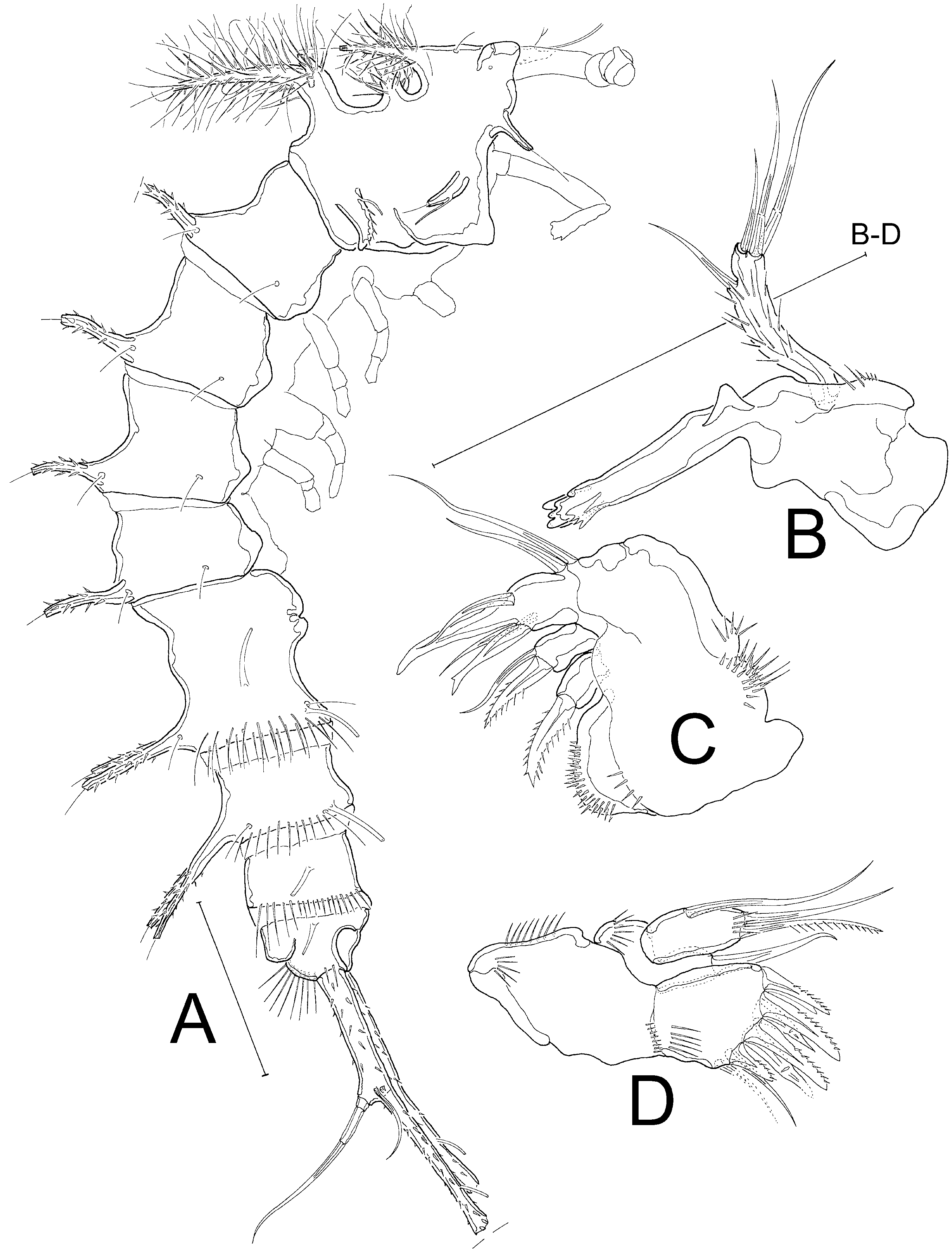 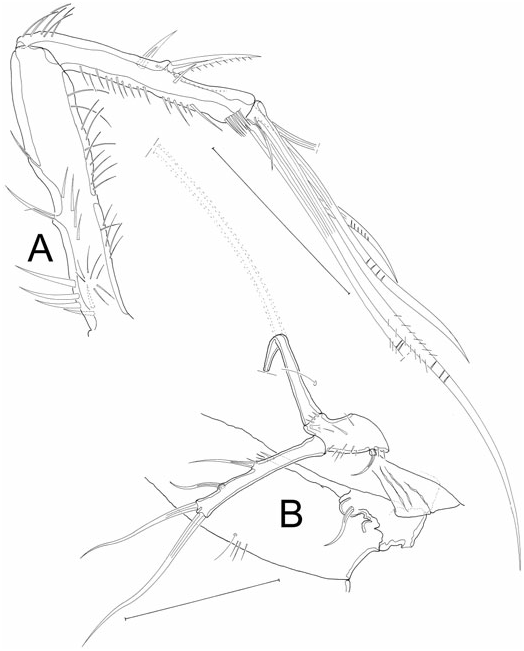 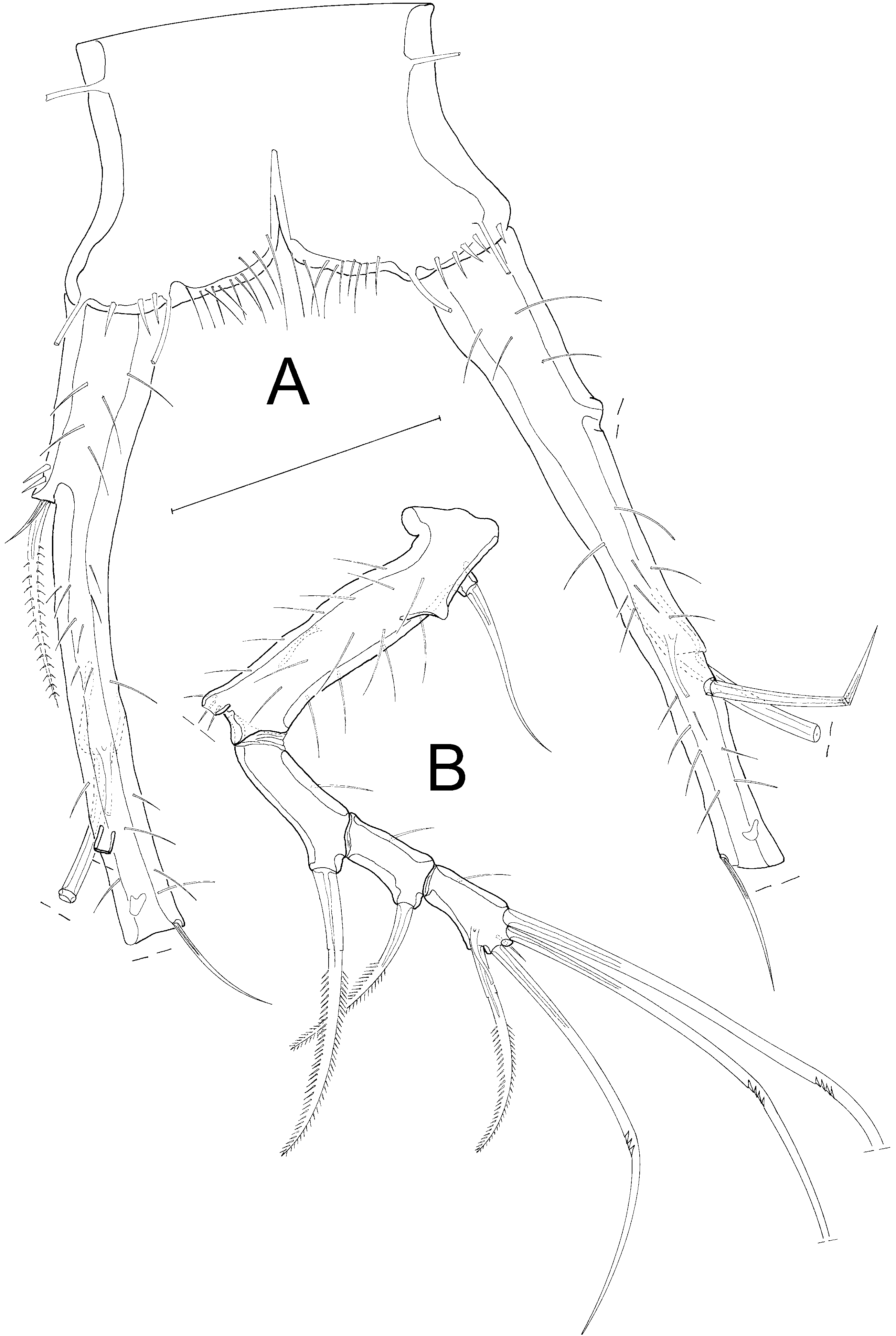