Elytra at base wider than base of pronotum, with convex sides. Humeral and basal calli present. Elytral punctation confused. Punctations deeper and slightly larger than those of pronotum. Ridges on elytra absent (Fig. 13 View Figures 13–16 ).

Specific epithet is a noun in apposition based on the type locality, Sierra Martin Garcia. 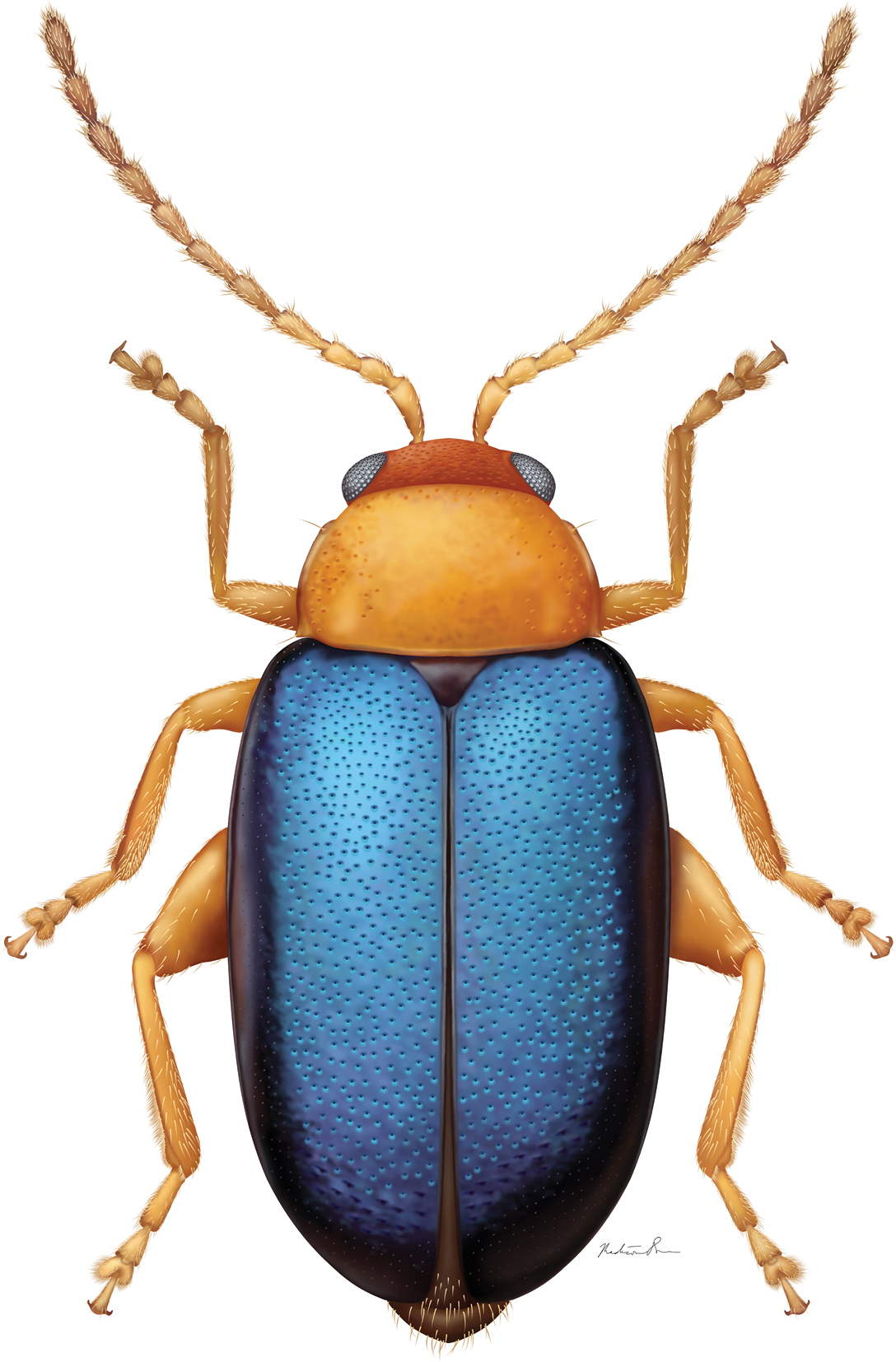 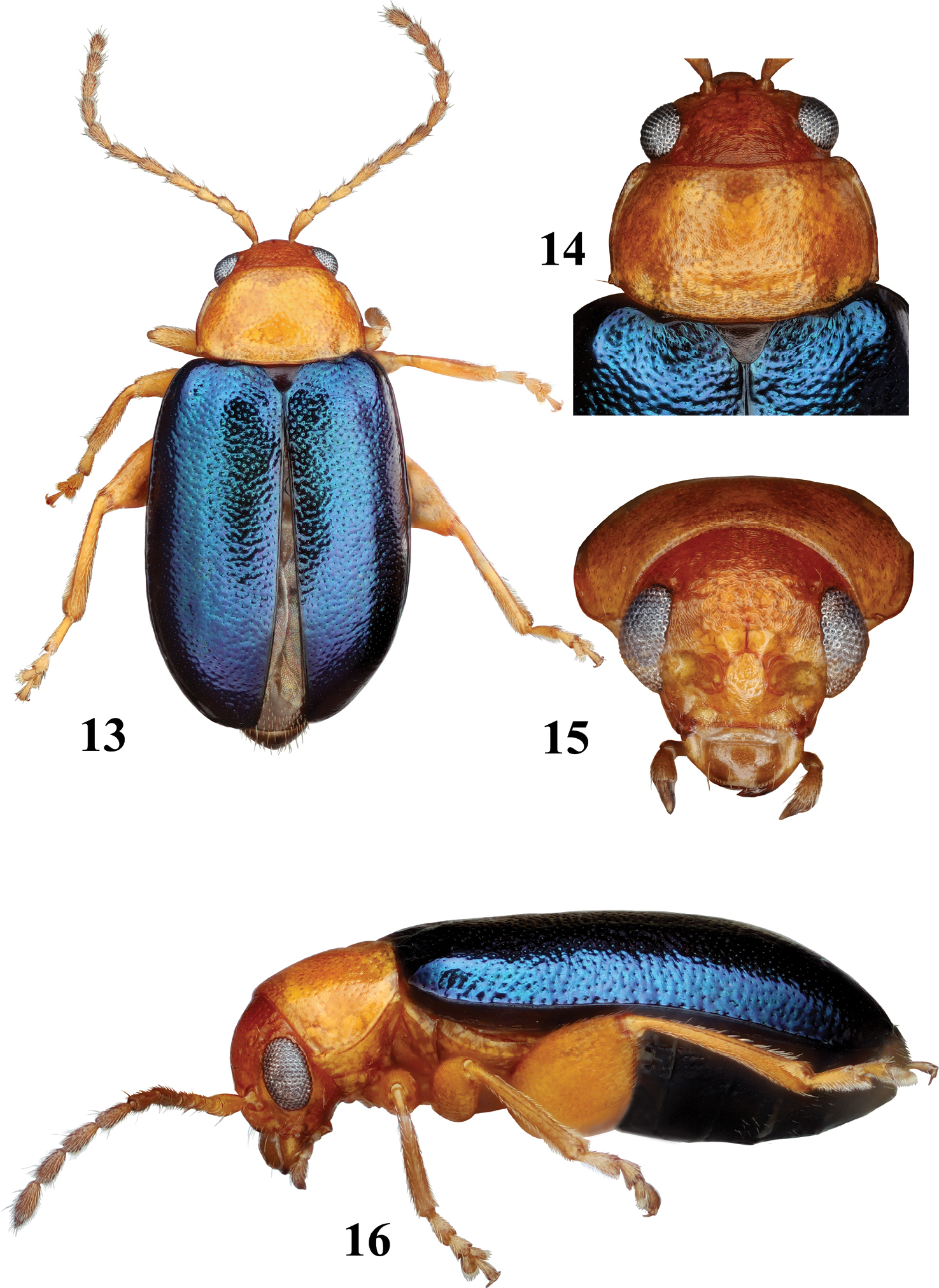 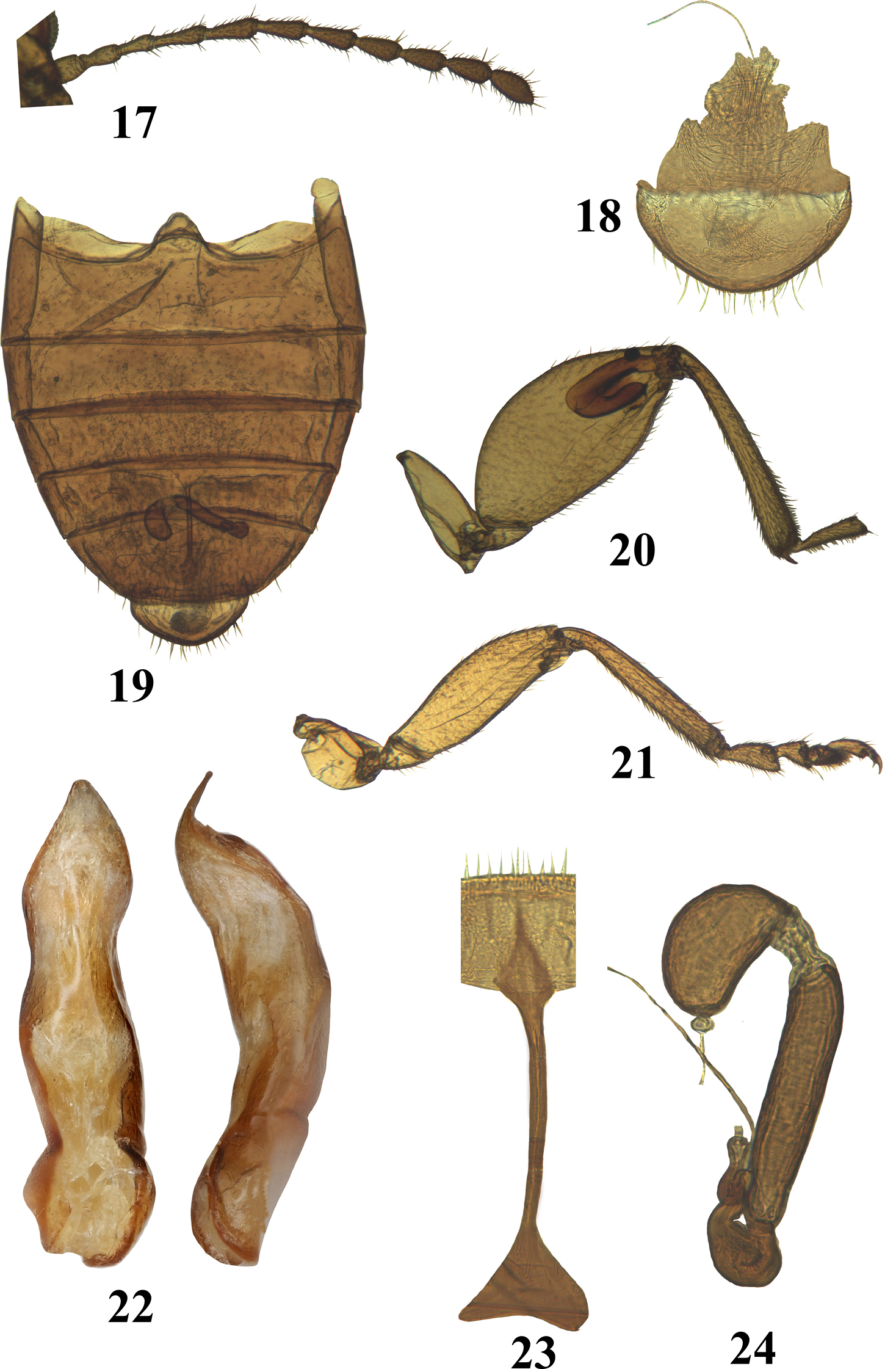 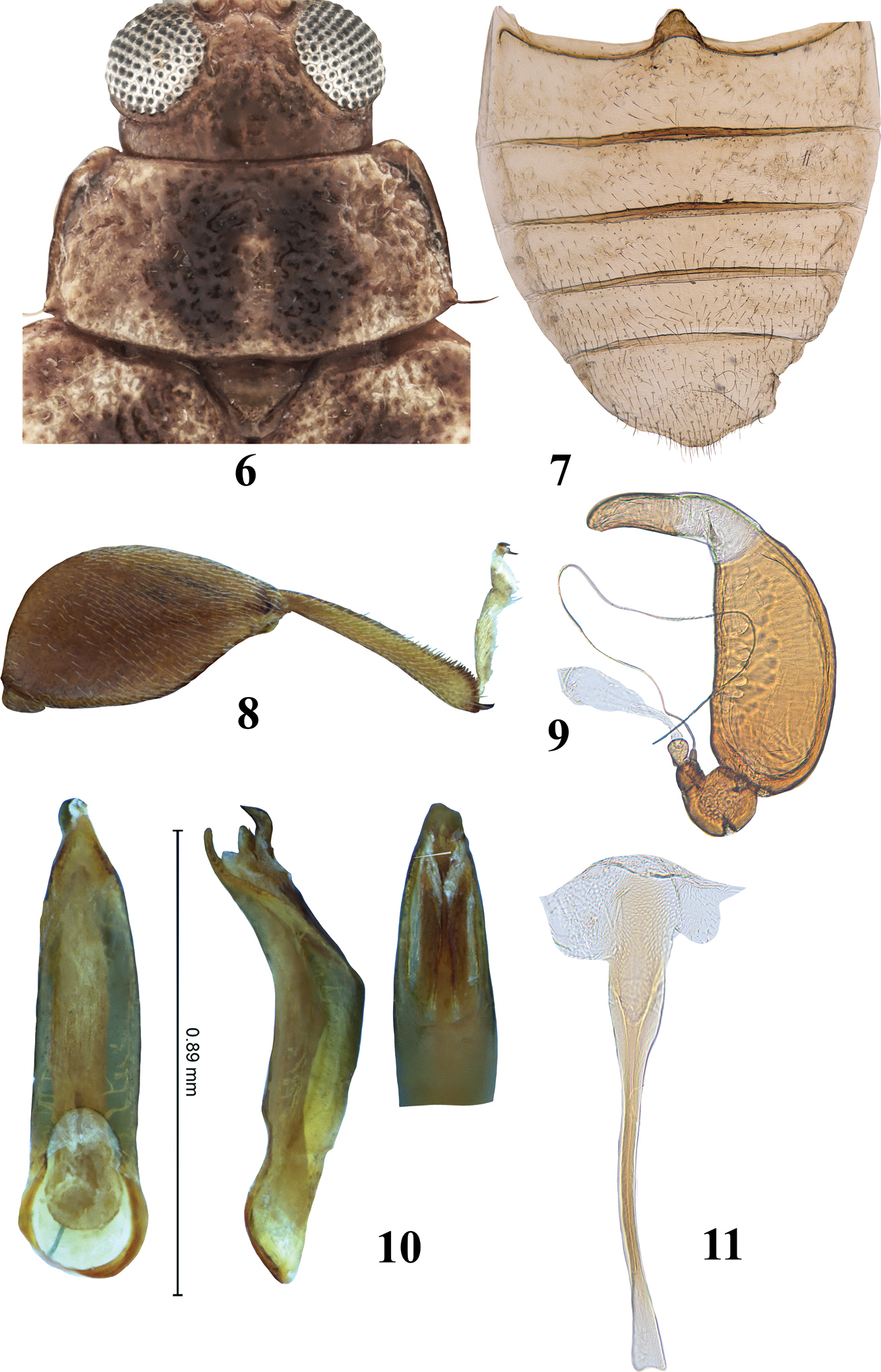