Differential diagnosis. This species is similar to M. bias females through the combination of the following characters: punctate lateral borders of pronotum, elytra stria 9 contiguous to elytra stria 10, even punctuation of pronotum, anterolateral depressions of pronotum and the dense punctate and shagreened elytra, however, M. pristinus can be distinguished from M. bias by having a more punctuated, flatter elytra striae.

Remarks. We agree with Frolov & Scholtz (2005) in that this species is very close to females of M. bias and probably the same species. We compared the holotype of M. pristinus with females of M. bias and insignificant differences are noted between the two species. The most significant difference is that the elytral striae in M. pristinus are much flatter and densely punctuated than those of M. bias . The examined material show many common characteristics summarized as follows: the punctate lateral borders of pronotum, elytra stria 9 very close to elytra stria 10, regular rounded punctures of pronotum, the excavation of pronotum antero-laterally and the shagreened elytra with dense punctuation. 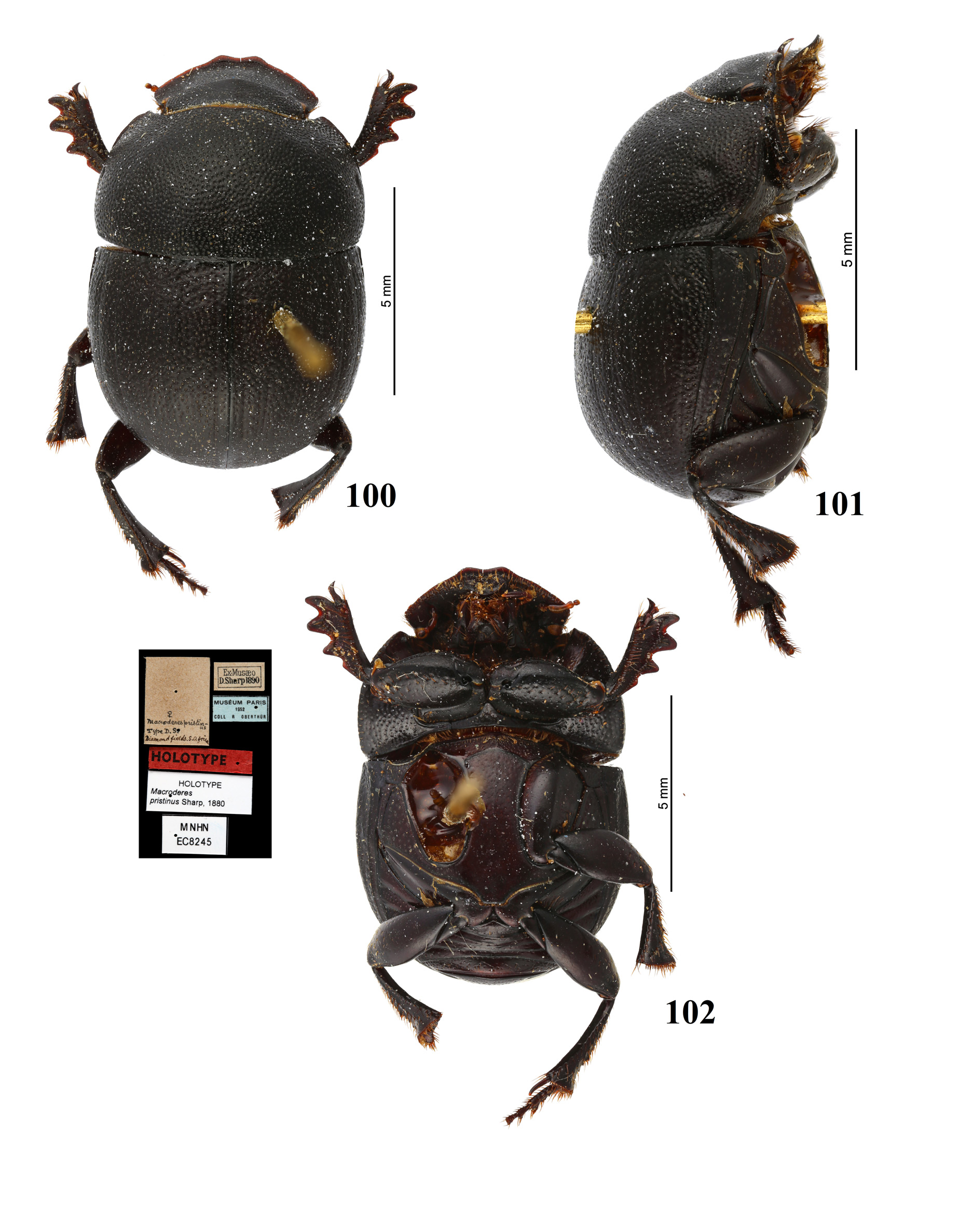