Cultures incubated on 2% PDA, showed optimal temperature for growth at 20 °C, with slow-growth rate (1.4 mm/day). Colonies white appressed to the agar, circular to irregular, becoming fawn-colored with age, areas towards margin floccose; mycelium velutinous with funicolose areas or strongly funicolose in the inner and older parts of the mycelium. Reverse colony brownish, with brown diffusion zone in old cultures; branching septate hyphae, with frequent anastomoses and tips with dendroid branching.

All isolates from Italy and residing in Clade II inoculated on seedlings gave rise to symptoms and lesions of variable length after six months. These were all significantly different to those of the controls (F = 119.21, p < 0.000; F = 60.84, p < 0.000, respectively). Inoculated plants did not show a crown dieback, but all had profuse resin production at the inoculation points. Caliciopsis moriondi  fruiting bodies were clearly visible on P. halepensis  , while no fructifications were seen in any of the other inoculated Pinus  species.

The name moriondi  honours Prof. Francesco Moriondo (1926-2014). Francesco Moriondo was the founder of forest pathology as a discipline distinct from plant pathology in Italy. In this respect, he preferred a more ecological view of the topic as opposed to the typical mechanistic approach. During his career, he encouraged many young students to consider the reasons for the appearance of symptoms on trees, rather than considering only the causative agents. He also emphasised the importance of minor pathogens in the ecosystem, of which Caliciopsis moriondi  (then C. pinea  ) was one.

Caliciopsis moriondi  is commonly associated with a canker disease on Pinus  spp. It differs subtly from C. pinea  , based on morphological traits, including shorter ascomata, protruding and isolated from the stroma, rarely in groups of two-three, but never in more numerous groups, such as is common for C. pinea  (Table 2). 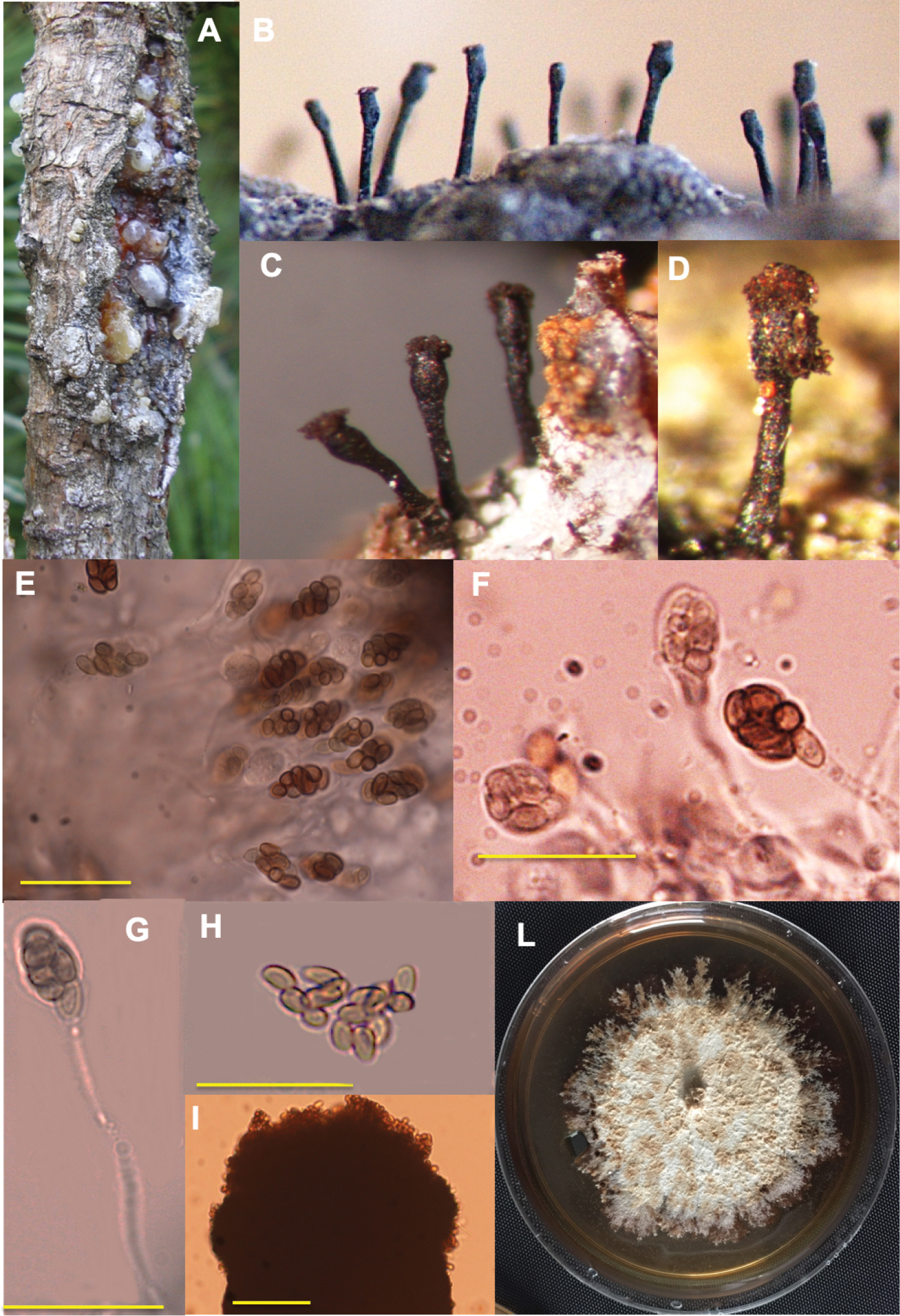 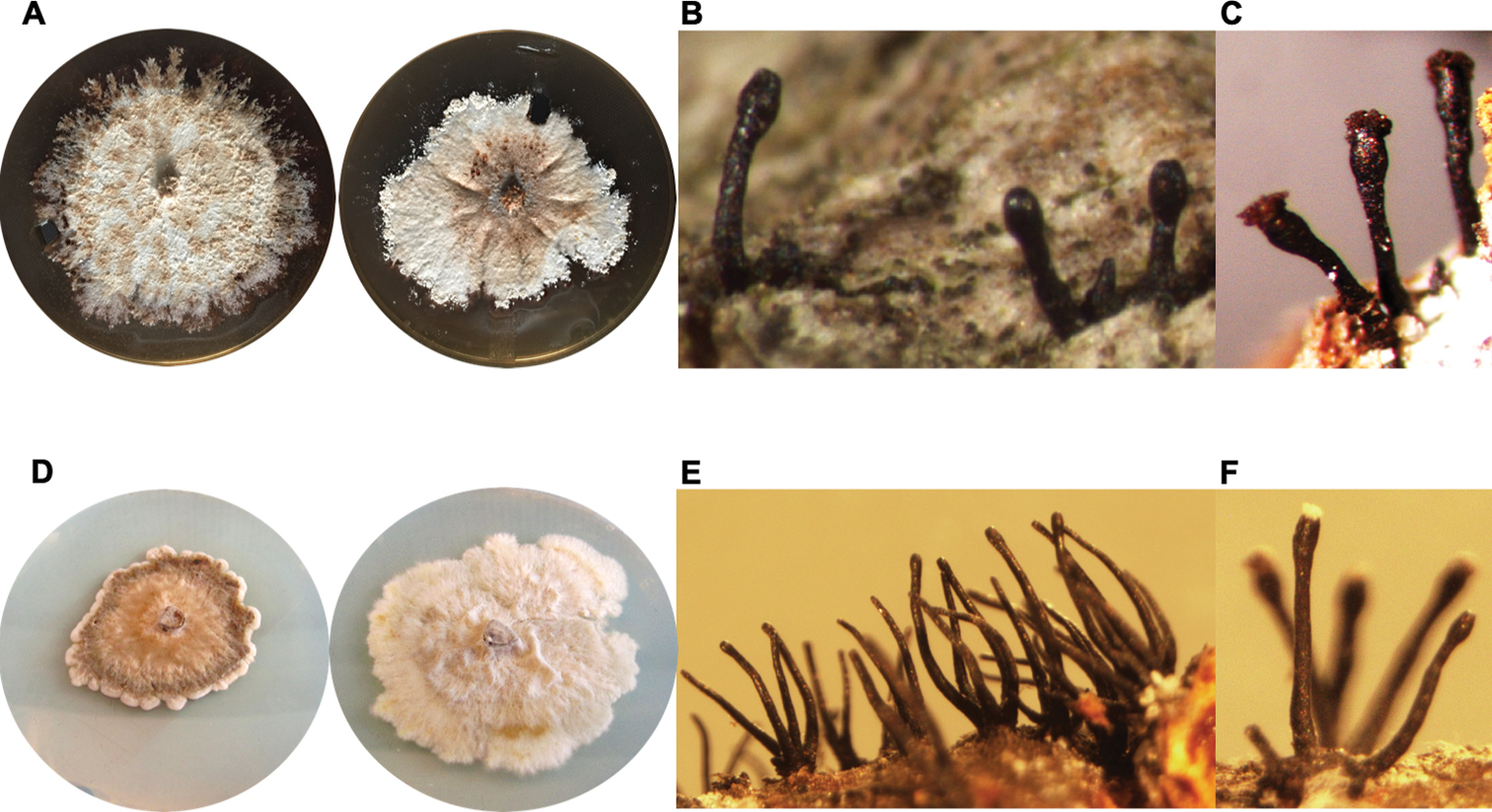