Coloration. Dorsum uniformly dark; green and black with very few minuscule pale spots; throat whitish or dark marbled; upper hind limbs with pale, thin cross bars; coloration in preservation as in life, but pale. According to Lamotte et al. (1959) adults are of a glossy black colour in life, and therefore hard to find between stones. Boulenger (1905) describes them as dark olive above, spotted or marbled dark and light. Limbs bear broad dark bands and narrow light cross-bars, the ventral side is dirty whitish ( Boulenger 1905).

Natural history. Very little data on the biology of this species has been published. Specimens were caught at night in primary forest among stones in a stream. Clutches were found glued to rocks ( Fig. 16View FIGURE 16). Gossmann et al. (2002) explains that both eggs and larvae occur on submerged rocks. Lamotte et al. (1959) find tadpoles of P. palmipes  in stagnant parts of rivers beneath small rapids. Schiøtz (1966) describes similarities in the morphology of advanced larval stages of P. palmipes  and P. cameronensis  , possessing identical teeth formulae. Schiøtz (1966) interprets the different tadpole mouth development as a change in biology, younger larvae being rheophilous and older ones semiterrestrial, scraping algae off stones. The full webbing of adults points to a more aquatic life history, at least in post-metamorphs. The call of P. palmipes  is not known ( Amiet 1989).

Genetics. The genetic comparison for the uncorrected p-distances of the mitochondrial 16 S rRNAfragment (Table 4) gave the following results for the single genetic voucher of Petropedetes palmipes  which we could use for this gentic comparison: interspecific differences to P. palmipes  and all other Central African Petropedetes  taxa ranged between 7.80 %- 11.76 %.

Systematic remarks. Petropedetes palmipes  is one of two fully webbed Central African Petropedetes  species; the other one being P. p e r re t i. By the amount of webbing it can easily be differentiated from the halfwebbed species P. cameronensis  and P. juliawurstnerae  sp. nov. and the rudimentary-webbed species P. euskircheni  sp. nov., P. johnstoni  , P. parkeri  and P. vulpiae  sp. nov. P. palmipes  can be easily distinguished from the fully webbed species P. perreti  by the size of the tympanum, which is very small and rather indistinct in both sexes of P. palmipes  , while it is large and distinct in P. perreti  ( Figs. 8View FIGURE 8 a, 8 d). In addition breeding males of P. p e r re t i possess a tympanic papilla, which is lacking in P. palmipes  . 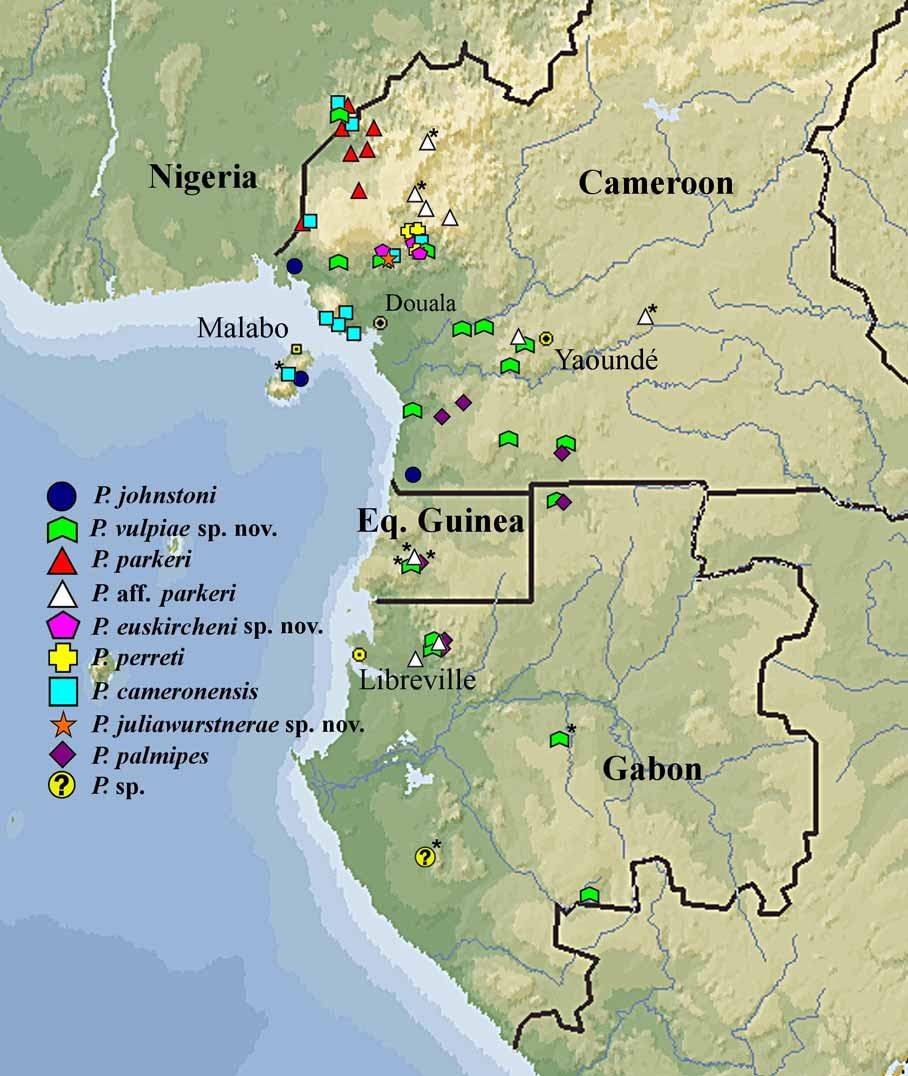 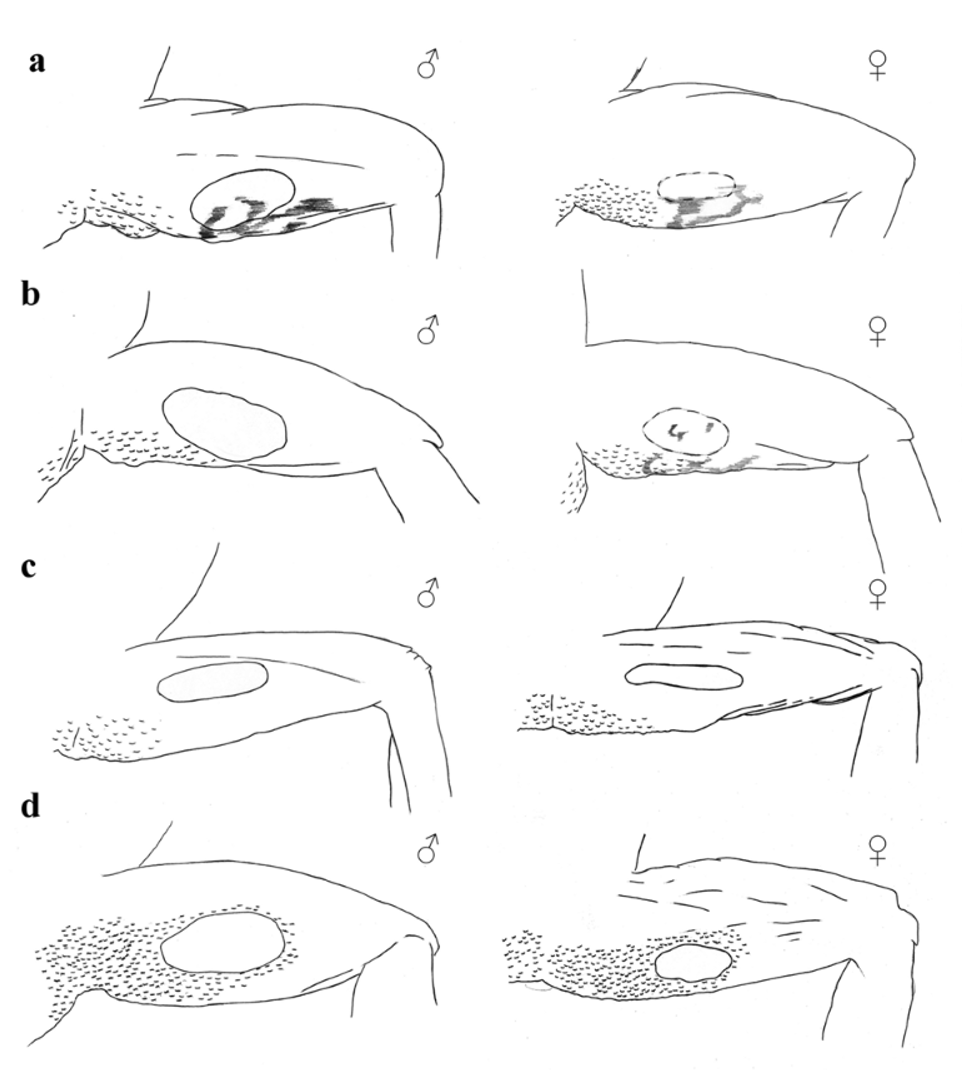