Koteja (1979b) split the members of Luzulaspis   into five species groups, namely, Scotica, Luzulae, Bisetosa, Frontalis, and Grandis ( Çalýþkan et al. 2015). Luzulaspis kinakikir   sp. nov. is considered to belong to the Scotica group because it has the following features: (i) strong, conical marginal setae in a single row; and (ii) dorsal setae small, conical, or nearly parallel-sided and subequal in length. Within this group, L. kinakikir   sp. nov. is similar to L. filizae Kaydan, 2015   , in having: (i) setae on hind tibia relatively short (subequal or shorter than tibia width); (ii) head apex and anal lobe with marginal setae relatively longer than those on lateral margins; and (iii) stigmatic spines longer than other marginal setae. However, the new species differs from L. filizae   as follows (character states of L. filizae   are shown in parentheses): (i) multilocular pores each with 4–8, mostly 6 or 7, loculi (mostly each with 10–12 loculi); (ii) dorsal tubular ducts that are obviously wider than ventral tubular ducts (dorsal ducts same shape and size as the larger type of ventral ducts); and (iii) dorsal tubular ducts absent from head apex (sparsely present).

Biology. Luzulaspis kinakikir   sp. nov. was found only on a few ramets of Carex miyabei   in the bed of the Pippu River, where the same plants formed a dense cluster, and it is probably a rare species. The new scale species infests indented parts of the abaxial and proximal surfaces along two mid-lateral veins of young leaves, which are Mshaped in cross section ( Fig. 2a, b View FIGURE 2 ). While they were reared on the plants in the laboratory for a week, we observed L. kinakikir   walking from old to new leaves of C. miyabei   ( Fig. 2c, d View FIGURE 2 ), so the adult females are able to walk during the maturation stages before oviposition. The adult male and the life cycle of L. kinakikir   are unknown.

Etymology. The specific epithet “kinakikir” is a new compound noun based on the language of the local indigenous Ainu people on Hokkaido Island. “ Kina   ” refers to grass and sedge, and “Kikir” refers to a bug in the Ainu language. The epithet is used in apposition. In a few Ainu local dialects, “Kina-kikir” may also refer to the larvae of some lepidopteran species. 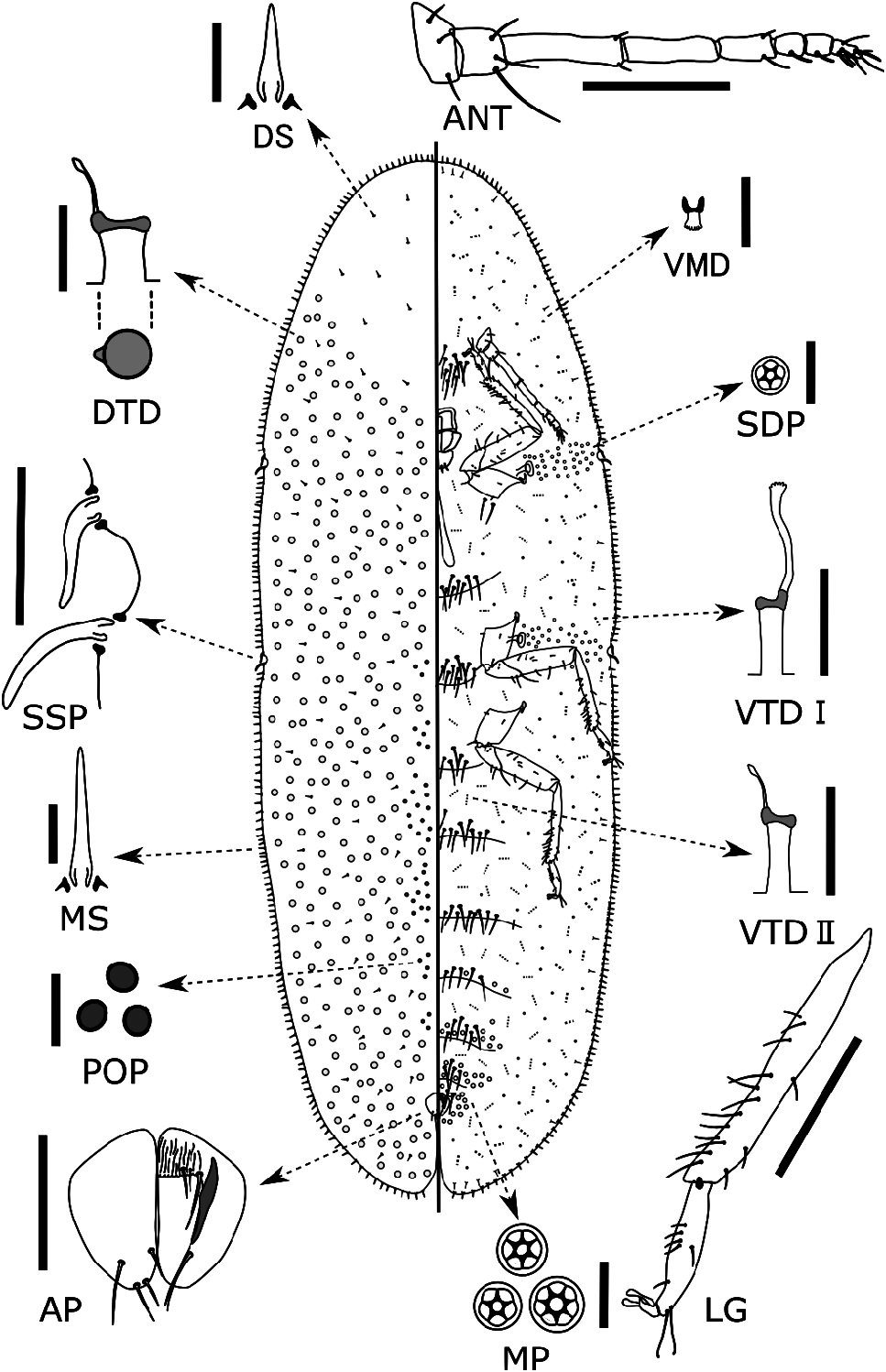 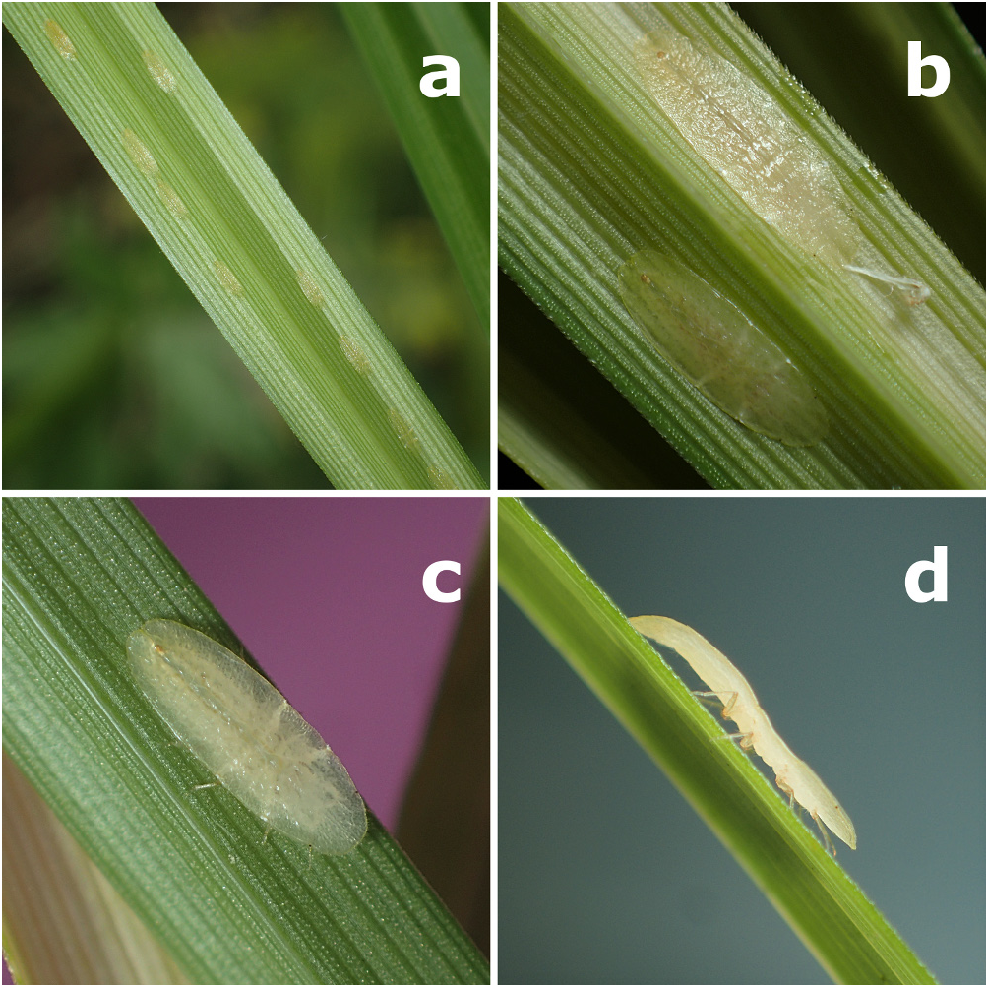