Remarks. This specimen is tentatively allocated to the taurica  species-group of the genus Mixtacandona  , because of the trapezoidal outline and reticulated surface of the valves. The general outline is very similar to that of M. talianae  , which is smaller and lacks the surface ornamentation. The trapezoidal shape and the pattern of ornamentation are also shared with species of the zschokkei -group of the genus Pseudocandona Kaufmann, 1900  (for example, see Gidó 2010). 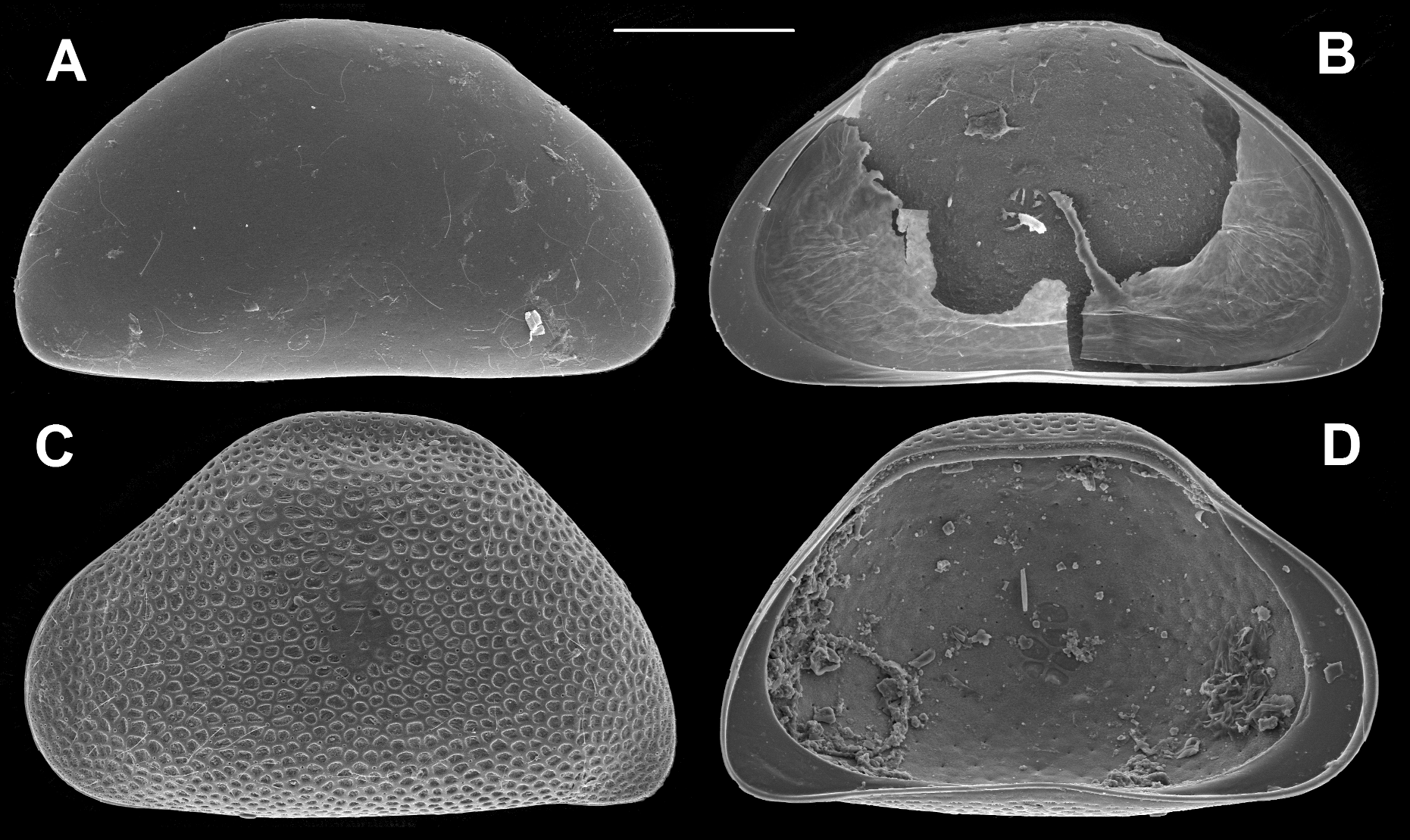