The specific epithet is derived from “Tasmania” and the Latin suffix - ica (belonging to), in reference to the type locality.

Polyps (Figs 1 View Figure 1 - 3 View Figure 3 ). The lower pair of lateral polyps (autozooids) emanate from opposite sides of the widest part of the rachis, while the bases of the upper pair of lateral polyps are closer together on the narrower distal portion of the rachis. The single terminal polyp emanates from 1-2 mm proximal to the acute tip of the beak near the distal terminus of the colony. The siphonozooids appear as minute, low, hemispherical mounds (<0.2 mm in diameter), and are sparsely distributed on all sides of the rachis from the upper-most portion of the keel to just below the insertion of the terminal polyp. A few siphonozooids are also distributed along the lateral surfaces of the strongly curved portion of the keel, adjacent to the outline of the subcutaneous axis.

Sclerites (Fig. 2 View Figure 2 inset). Sclerites are apparently absent throughout the colonies except in tissues of the peduncle, in which there are minute, variably shaped, mostly ovoid bodies, 0.01-0.02 mm in length. These sclerites are difficult to isolate and observe. Sclerites were not observed in other parts of the colony. This is similar to what has been recorded in the type species of the genus, Porcupinella profunda   ( López-González & Williams, 2011: 313.). 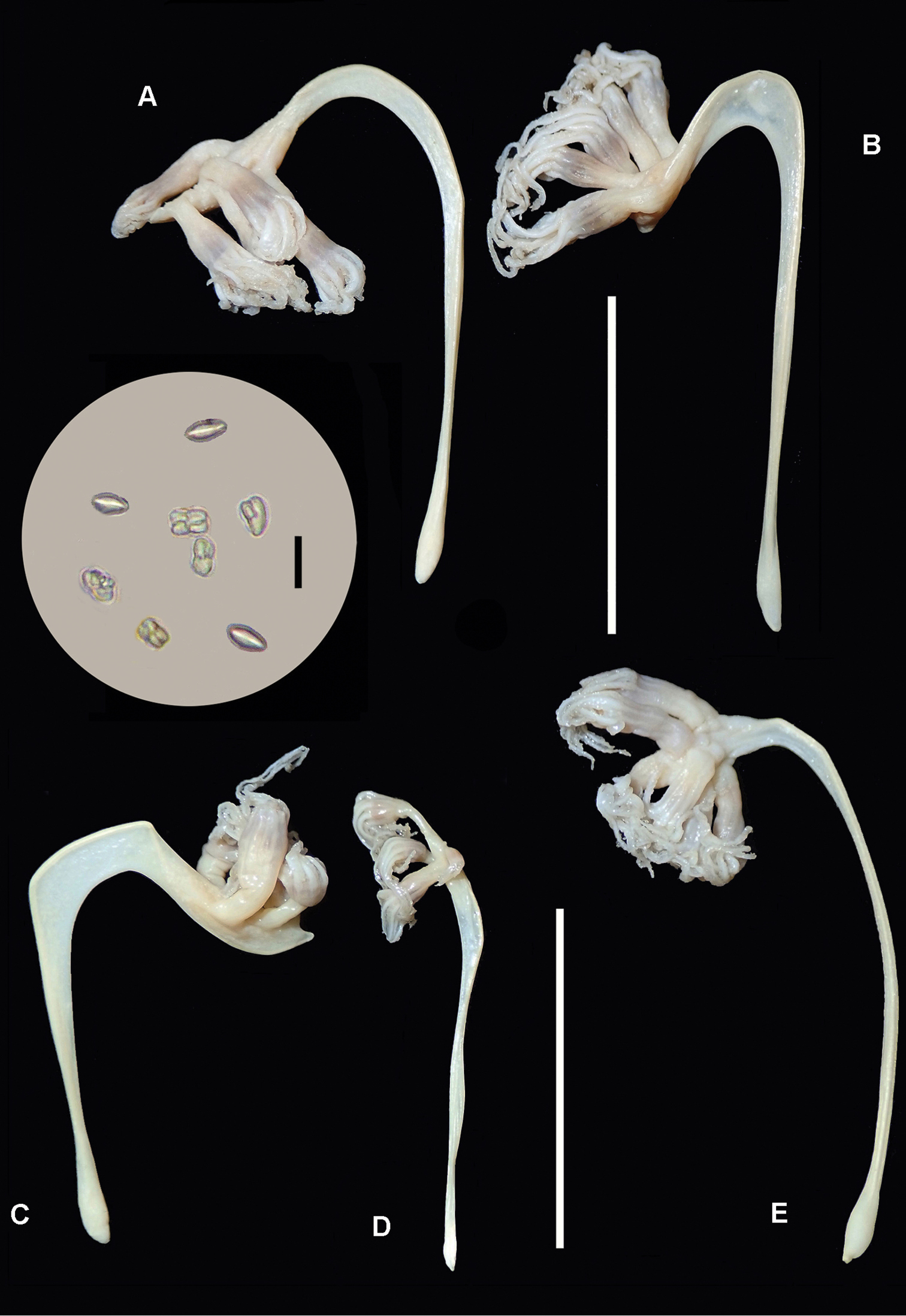 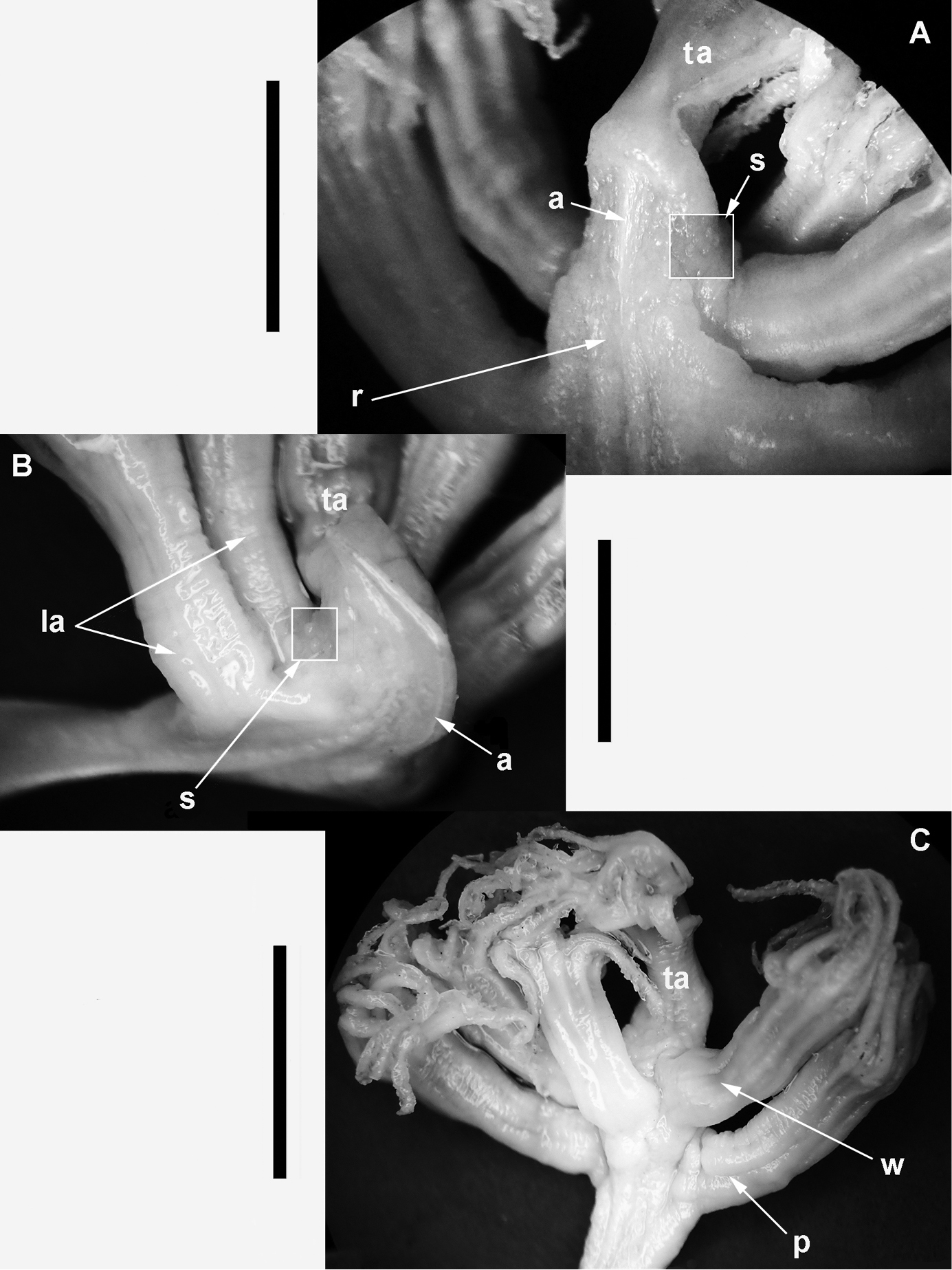 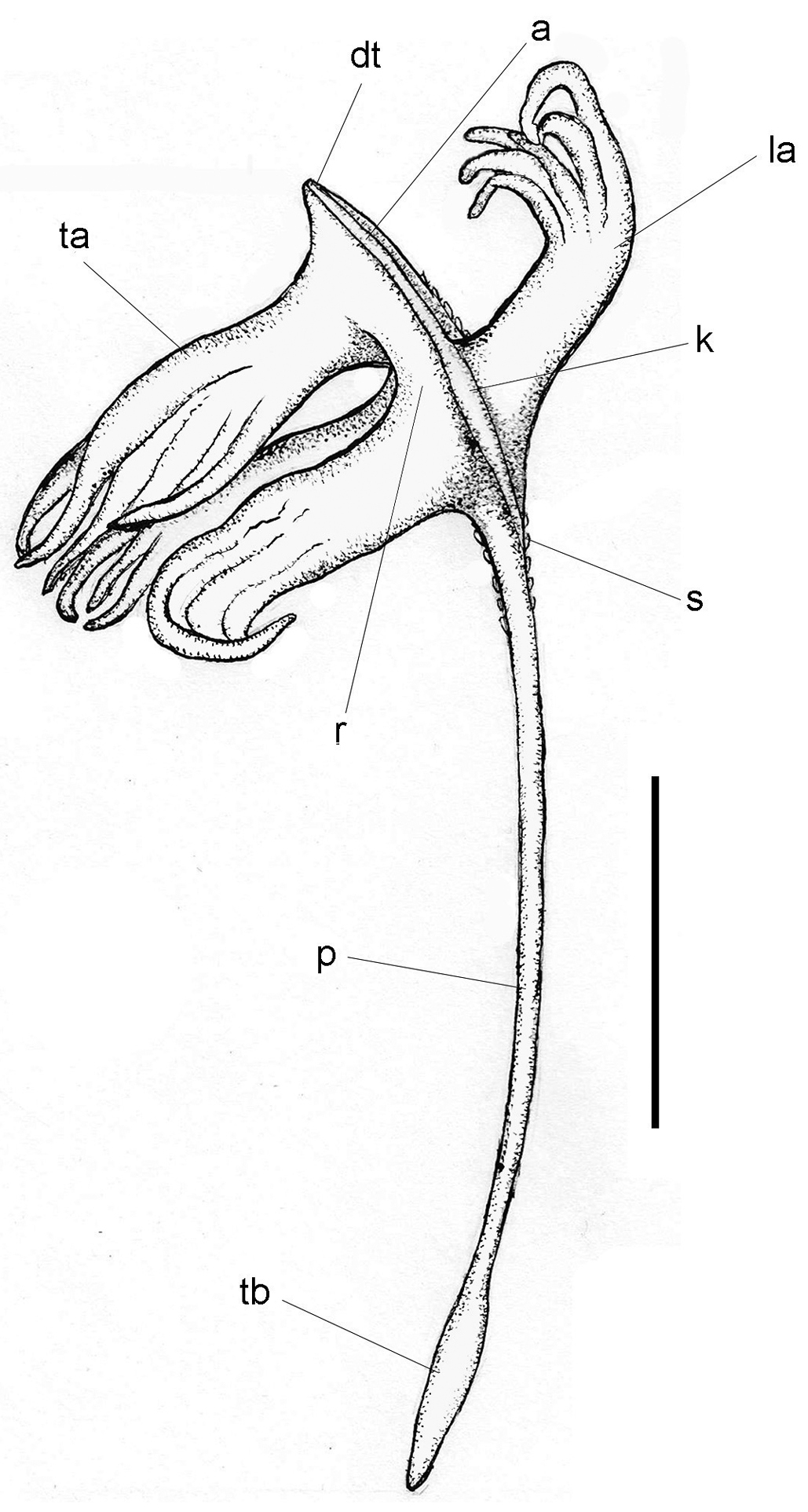 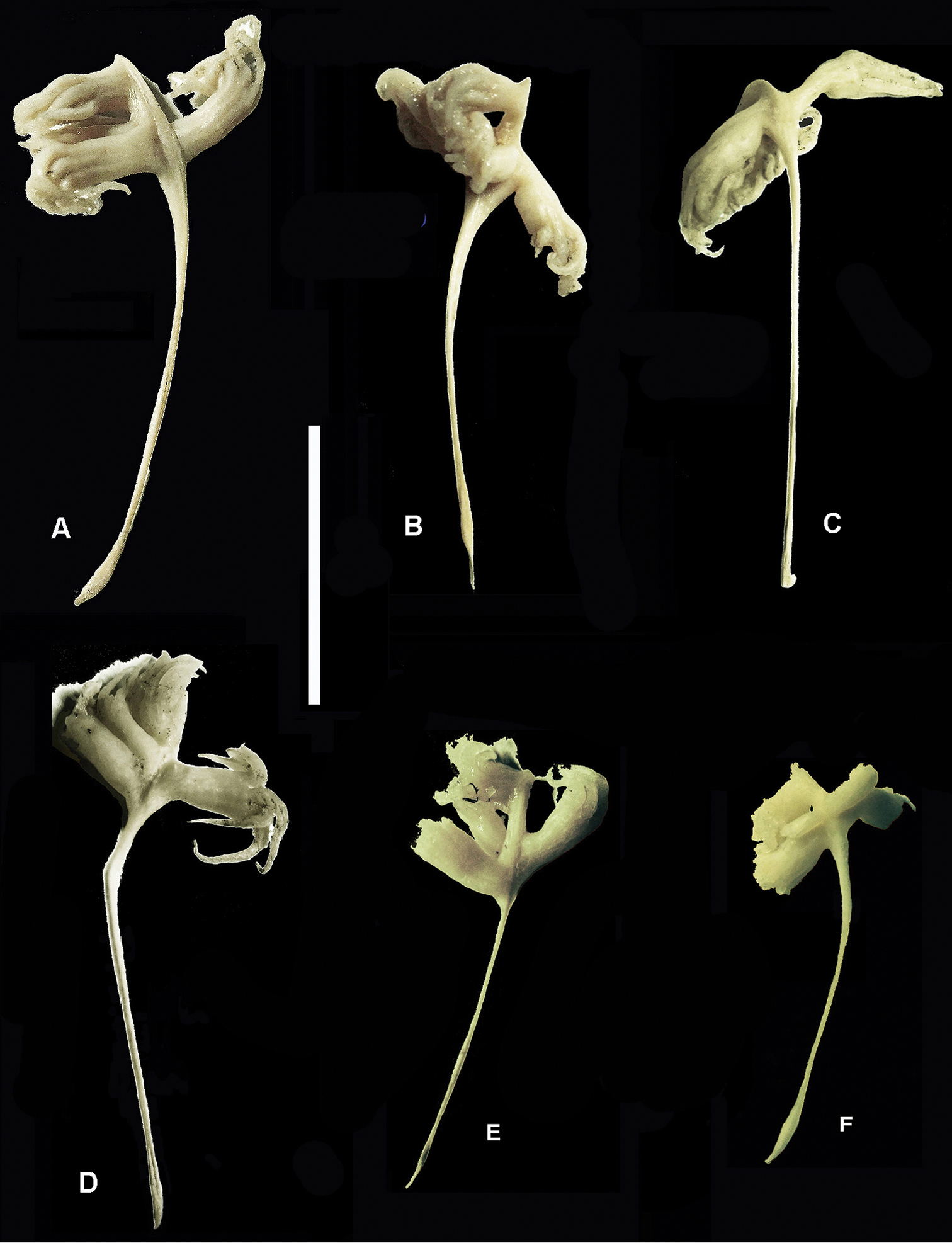 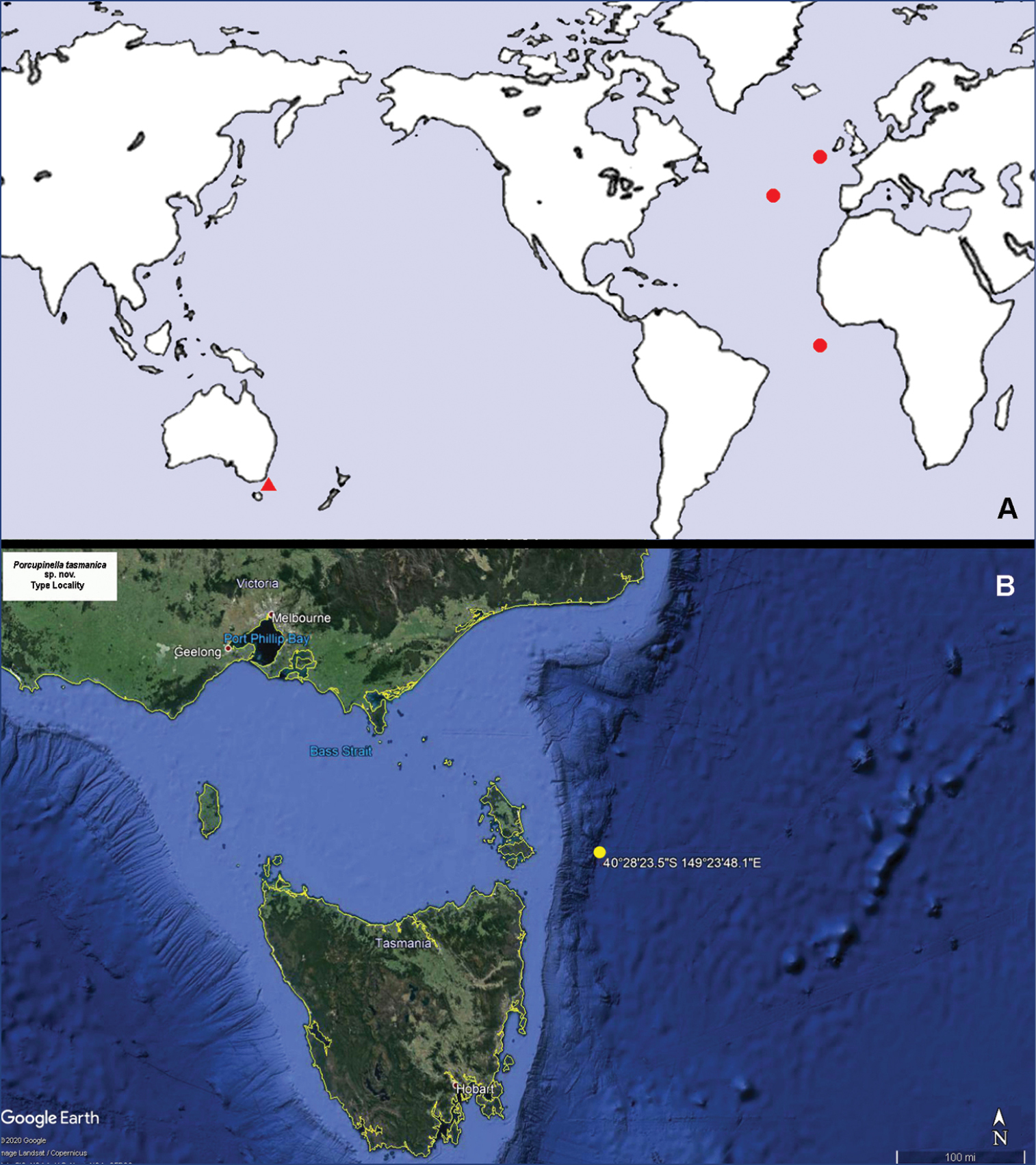