Habitat: —Growing on the sides of roads and around coffee plantations in tropical montane cloud forest, with other hornworts such as A. telaganus Stephani (1916:1005) and Phaeoceros sp. , ca. 1300 m.

Affinities and differentiation:—Mexican populations of A. subtilis are characterized by small, brown spores (26.6–42.1 μm), with papillate to tuberculate projections covering both proximal and distal surfaces. Within Mexican taxa, A. aff sambesianus Stephani (1916: 996) shares with A. subtilis the small sized plants ( Ibarra-Morales et al. 2015), up to 7 mm in diameter in A. aff sambesianus and up to 2.6 mm in length and 3.5 mm in width in A. subtilis , but can be differentiated by spore ornamentation pattern. Anthoceros aff sambesianus possess a low reticulated network with foramens and central sub-globose tubercles in triangular areas of proximal face ( Fig. 3 View FIGURE 3 C-D), while A. subtilis presents irregular tuberculate projections and minute papillae ( Fig. 3 View FIGURE 3 A-B).

According to Peng & Zhu (2013), A. subtilis resembles A. angustus Stephani (1916: 1001) in spore morphology, nevertheless, they can be differentiated by the presence of marginal spongy gemmae on the thallus margins of A. angustus , absent in A. subtilis ; and by the size of the pseudoelaters, which are considerably longer in A. angustus (40–496 µm) and somewhat shorter in A. subtilis (42–199 µm). Anthoceros angustus is restricted to Asia ( Peng & Zhu 2013).

Remarks: —Mexican populations of this species were always found growing with other bryophytes. In one of the most crowded patches, some rosettes of A. subtilis were formed by very small plants of less than 1 mm in capsule height and thallus diameter. Some also exhibited an unusual erect morphology of the thallus, similar to the thallus morphology that has been reported in A. erectus Kashyap (1915: 9) ( Asthana & Srivastava 1991). In these dwarf plants, the surface of the thallus was barely large enough for the base of the involucre to fit. This dwarf morphotype was probably a result of space and resource availability and may have also been affected by a fungal infection, since red hyphae were found within the gametophyte of some of these plants. 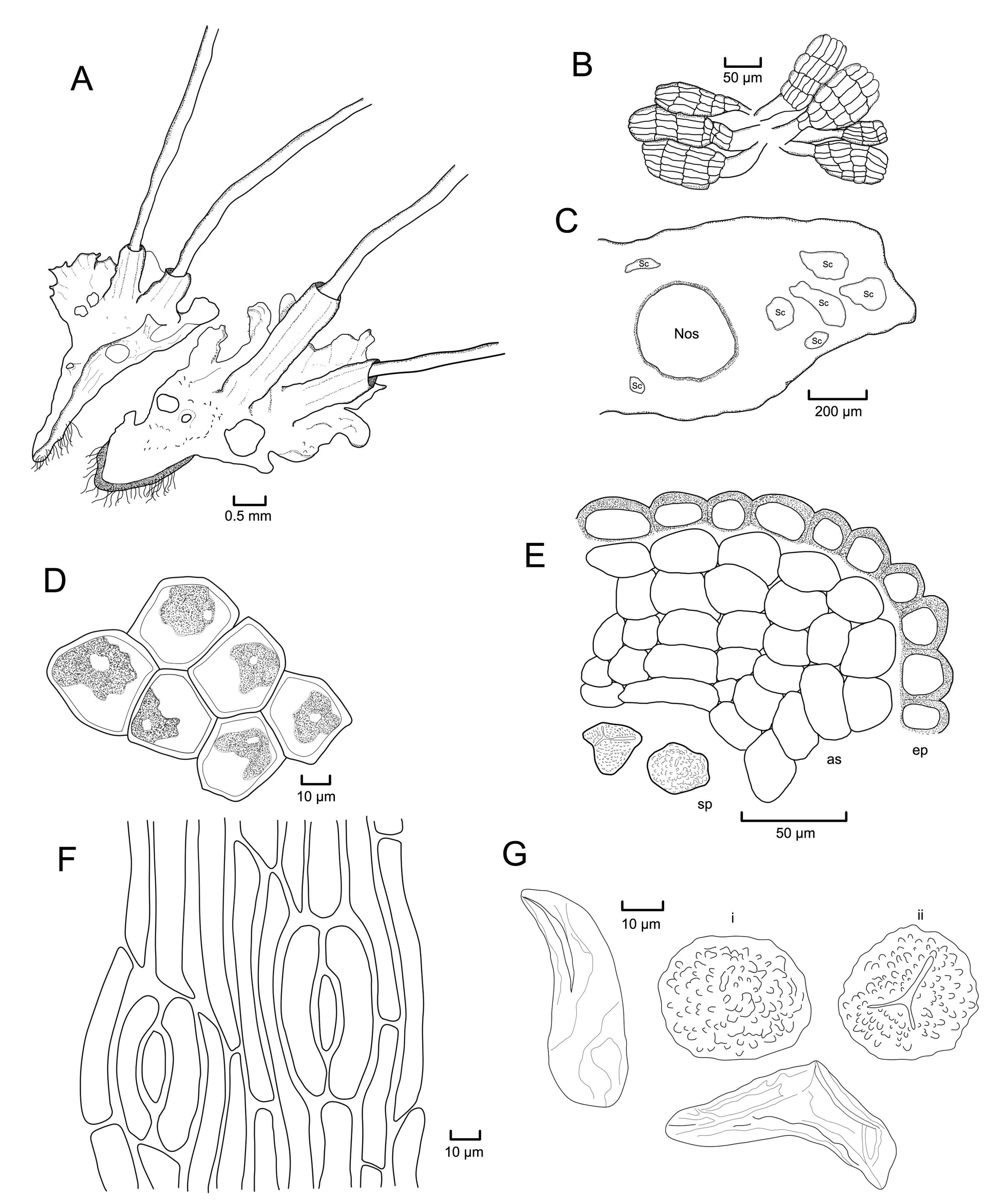