Etymology. The species is named for its erratic occurrence on four different continents.

Distribution. U.S.A. (California, Map 1), Argentina, Australia (Queensland) and South Africa (Natal). The distribution pattern of this species poses an interesting biogeographic problem. We suspect that the population in southern California is due to accidental introduction. It is remarkable that the species appears to be very rare in South America, the biogeographic origin of the L. caenosa   group.

Discussion. Obviously related to L. caenosa   , the only other species with inflated palpus. Nevertheless, the male terminalia of L. erratica   sp.n. are very distinct and differ markedly from L. caenosa   . Diagnostic are the small field of enlarged microtrichia of male sternite 5, the very short and inconspicuous hair-like marginal scales of male sternite 5, and the triangular posterior section of the surstylus with two pointed apical bristles. Unfortunately, females cannot be reliably separated from L. caenosa   because the shining medial stripe of tergite 7 is not always present in the latter. 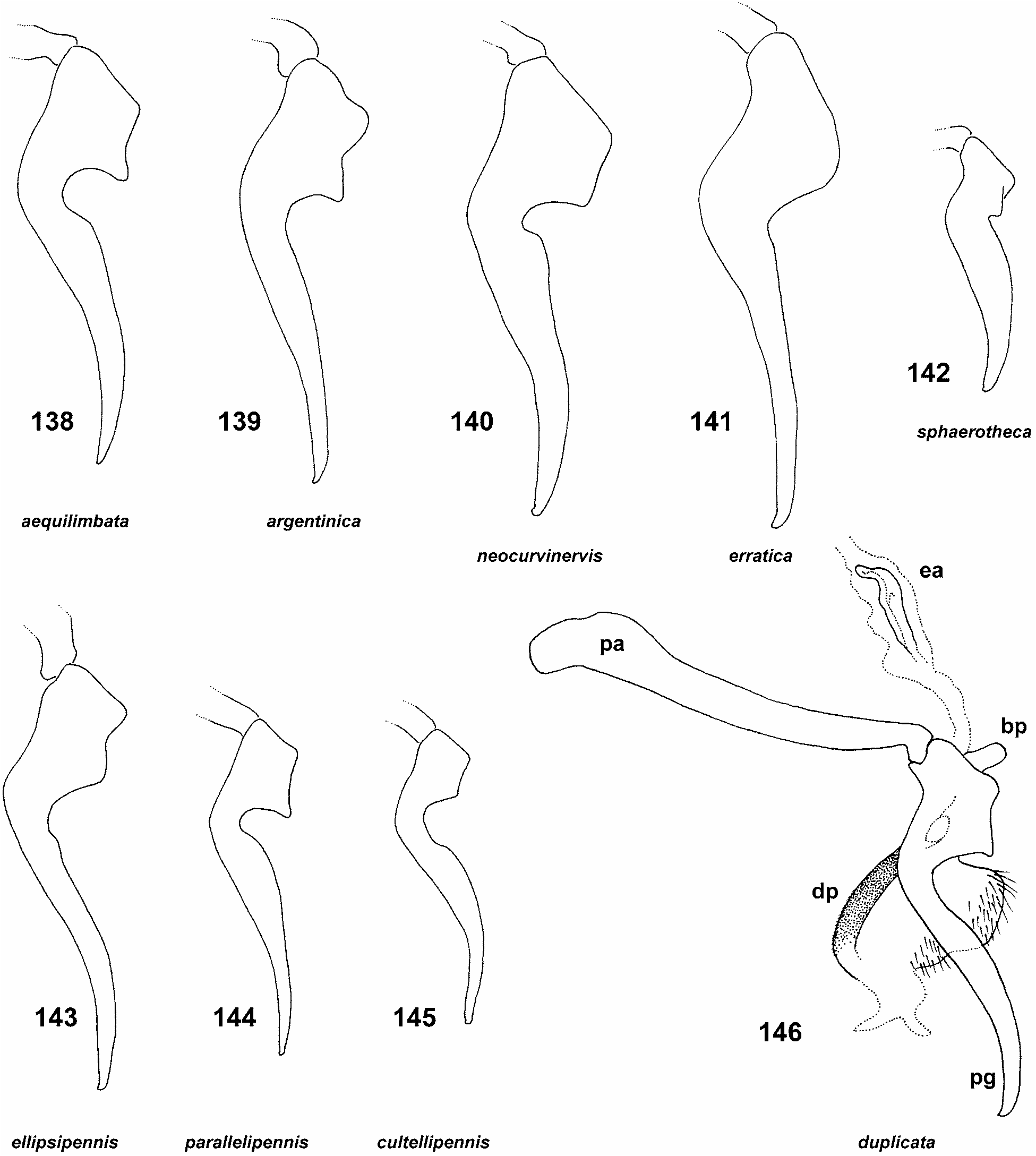