On the other hand, as discussed by Sakai & Türkay (2012) the exact identity of the Miocene fossil taxon T. emerii   is indeed difficult to establish due to its very incomplete holotype hindering proper assessment of its diagnostic characters. Sakai & Türkay (2012) argued that the recent specimens referred to T. emerii   by Ngoc-Ho & de Saint Laurent (2009) contain two species, both were attributed to new species, T. australiensis   and T. saetichelis   . The present work follows Poore (2015) in regarding these two species as valid and T. emerii   as a fossil species possibly distinct from any of the extant species though its exact identity is uncertain.

Diagnosis. Rostrum with blunt tip; lateral margins each with tubercles; median groove not reaching posterior ends of rostral lateral carinae. Carapace with nearly smooth anterolateral carinae; posterodorsal median process long; cervical groove bordered with spines only laterally; postcervical carapace only with a few spines limited to area adjacent to linea thalassinica. Marginal tubercles on pleura of pleomeres 3–5 blunt. Sternites of pleomeres 2 and 3 each with 1 median tubercle anteriorly, those of pleomeres 4 and 5 each with 2 median tubercles; no other tubercles. Antennal scaphocerite small, but well developed. Pereopod 1 palm with dorsolateral carina extending along entire length of palm, with 23–25 conspicuous tubercles, dorsomesial carina with 12 much larger, laterally compressed, tooth-like tubercles; few granules on intercarinal space between dorsolateral and dorsomesial carinae. Pereopod 3 merus with row of conspicuous spines on dorsal margin over entire length; dactylus with corneous tubercles on dorsal margin.

Distribution. Known only from the type locality, Dongsha Island in the South China Sea, in fully marine seagrass beds at depths of 1– 2 m.

Etymology. The species is named after the type locality (Pratas = Dongsha Island), used as a noun in apposition. It also alludes to the new species’ unusual presence in a seagrass bed, since the Latin “ pratum ” means grass lawn or meadow.

During this study, some characters used in the identification key proposed by Sakai & Türkay (2012) were found to be difficult to use or interpret. For example, in discriminating between T. gracilis   and their new species, T. australiensis, Sakai & Türkay (2012)   differentiated the armature of the lateral rostral margins as follows: “rostral lateral margins with 9 tubercles, extending posteriorly as carinae with 3-4 tubercles” for T. gracilis   , while “rostral lateral margins with tightly arranged, flat tubercles, extending posteriorly as carinae with flat tubercles” for T. australiensis   . However, it is impossible to apprehend the actual differences of this character between these two species. Thus, a different key, incorporating the new species, and based mainly on the key proposed by Ngoc-Ho & de Saint Laurent (2009) is suggested below. 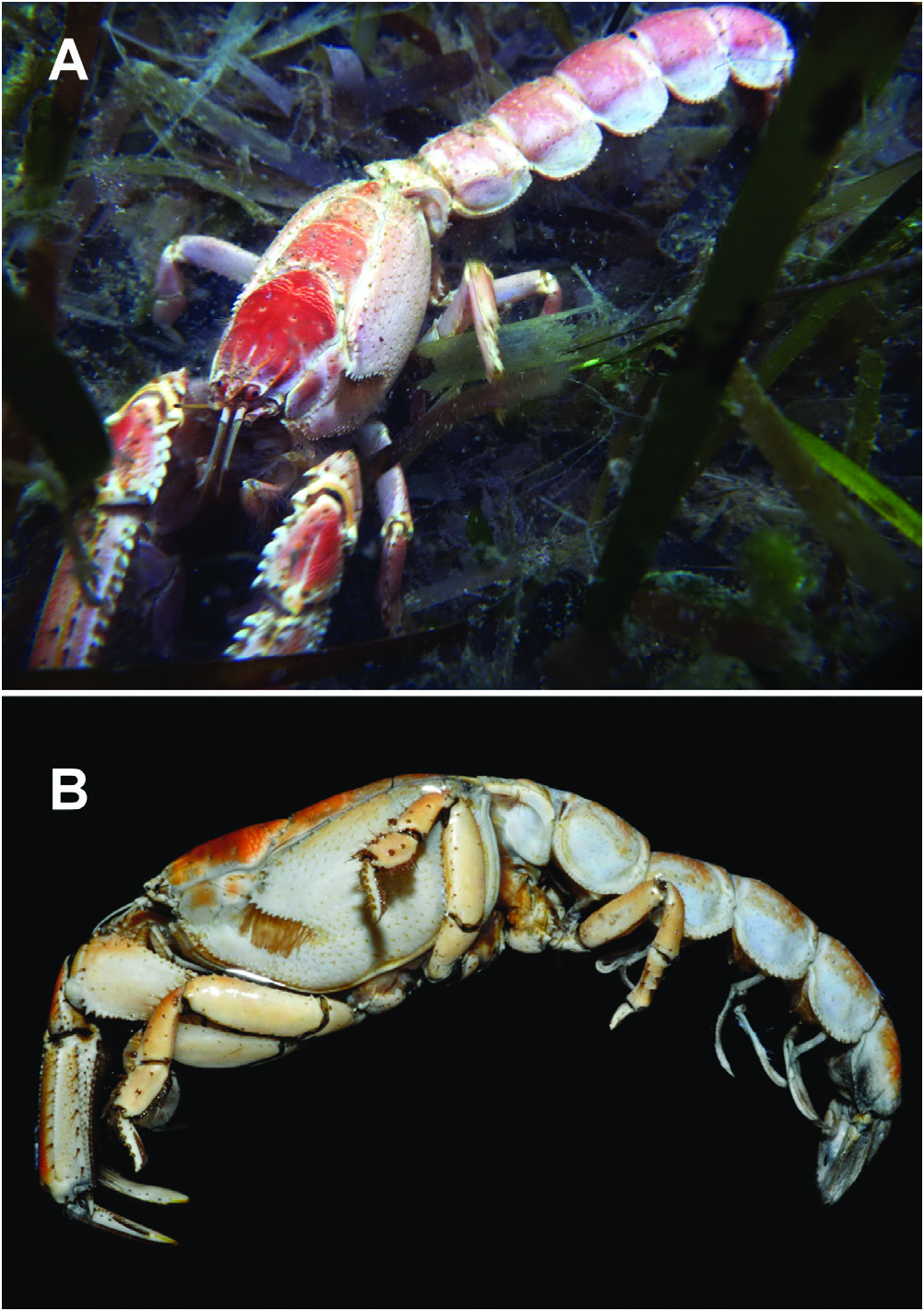 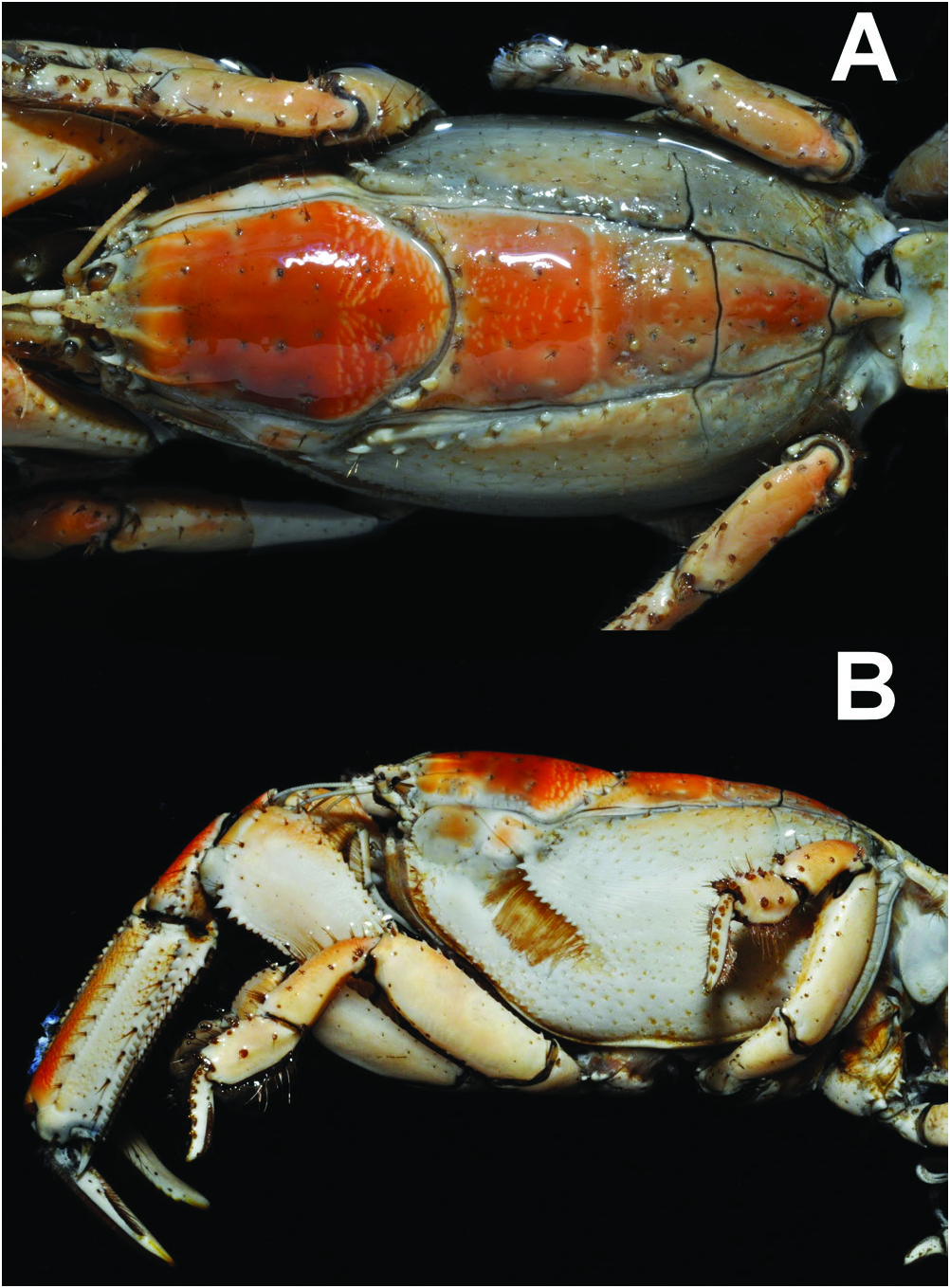 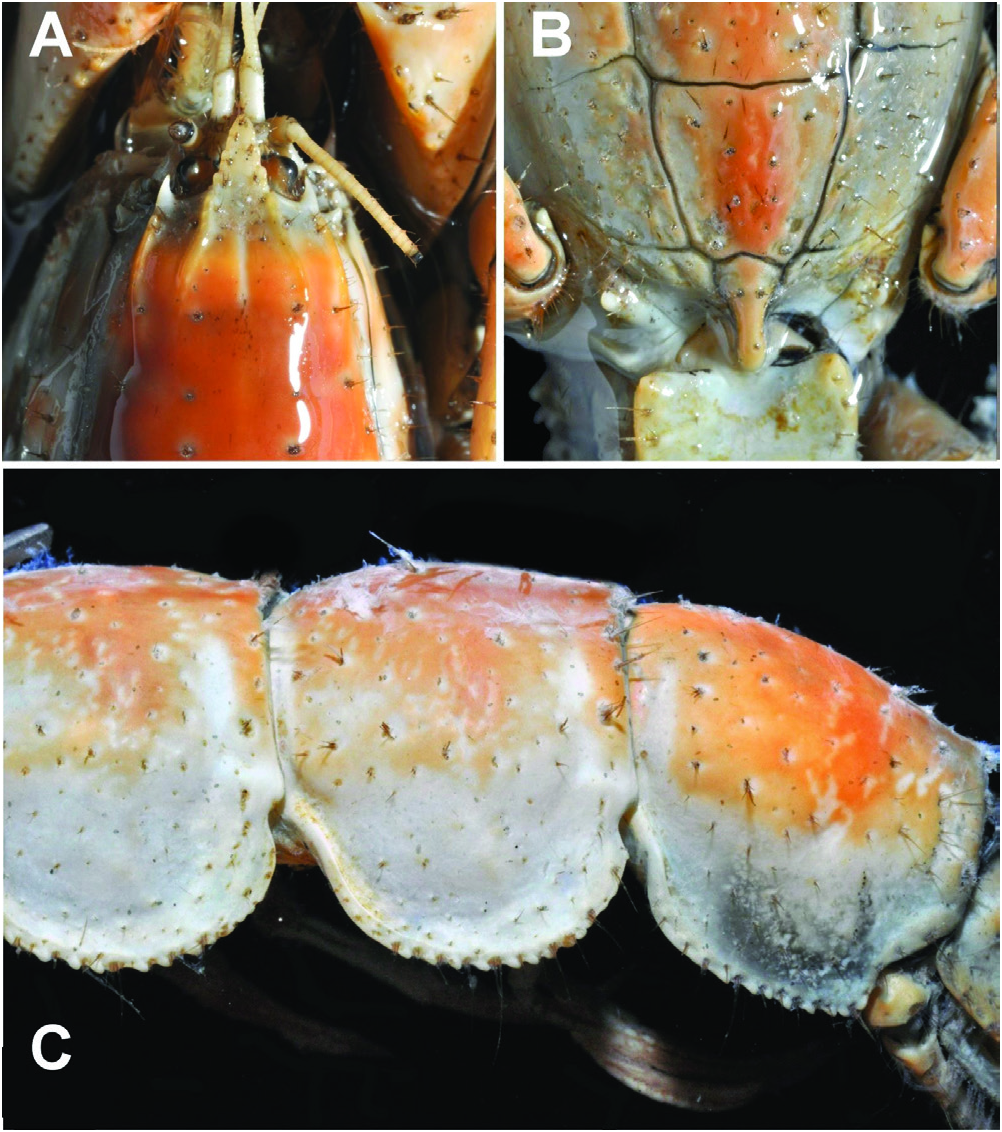 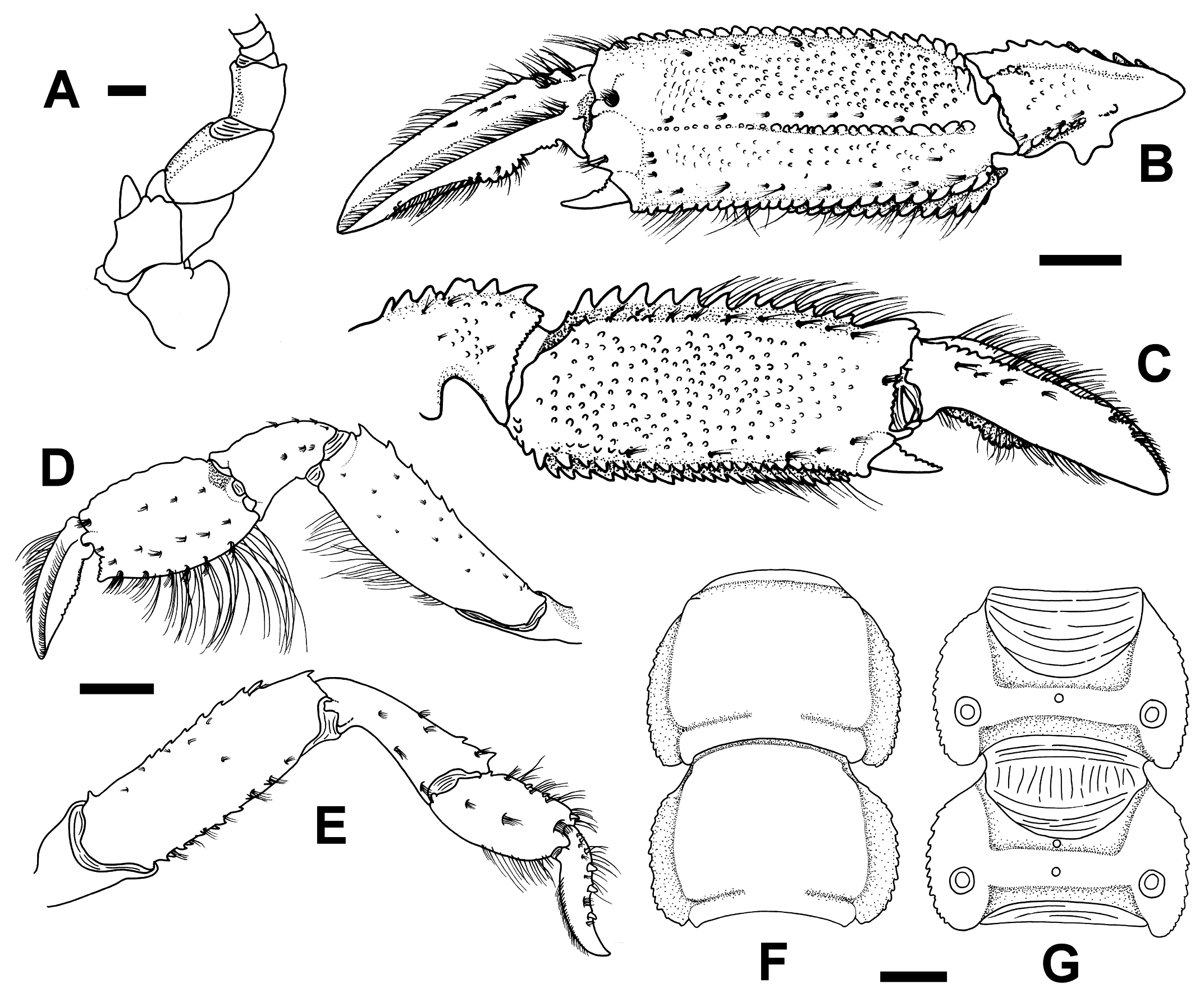