Male. Unknown. All soil samples were processed, but no males were found.

Molecular characterization and phylogenetic analysis. Sequences of 18S rDNA and the D2-D3 region of 28S rDNA of Eudorylaimus piceae  n. sp. were obtained. Inter-individual variability was observed only in 18S rDNA, and the variation was 1 bp. Two sequences for 18S rDNA (1743 bp) obtained from two clones of one nematode, and one sequence for 28S rDNA (827 bp) were deposited in GenBank (accession numbers: KY942067View Materials and KY942068View Materials for 18S rDNA, KY942069View Materials for 28S rDNA). In BLAST searches using the two 18S rDNA sequences, both showed the highest similarity (99%) to the sequence of an unidentified species of the genus Allodorylaimus  ( AJ966472View Materials) with 1 gap and 5 to 6 nucleotide differences. For the D2-D3 region of 28S rDNA, the highest similarity (94%) occurred with a sequence of E. minutus  ( AY593048View Materials) with 11 gaps and 38 nucleotide differences. In the 18S rDNA Bayesian trees ( Fig.3View FIGURE 3), the sequences of the new species clustered with other sequences of Eudorylaimus  spp., including E. minutus  , in a single unresolved clade with 76% support. In the D2- D3 region of 28S rDNA Bayesian trees ( Fig.4View FIGURE 4), the sequence of Eudorylaimus piceae  n. sp. clustered with two sequences of E. minutus  with 100% support. 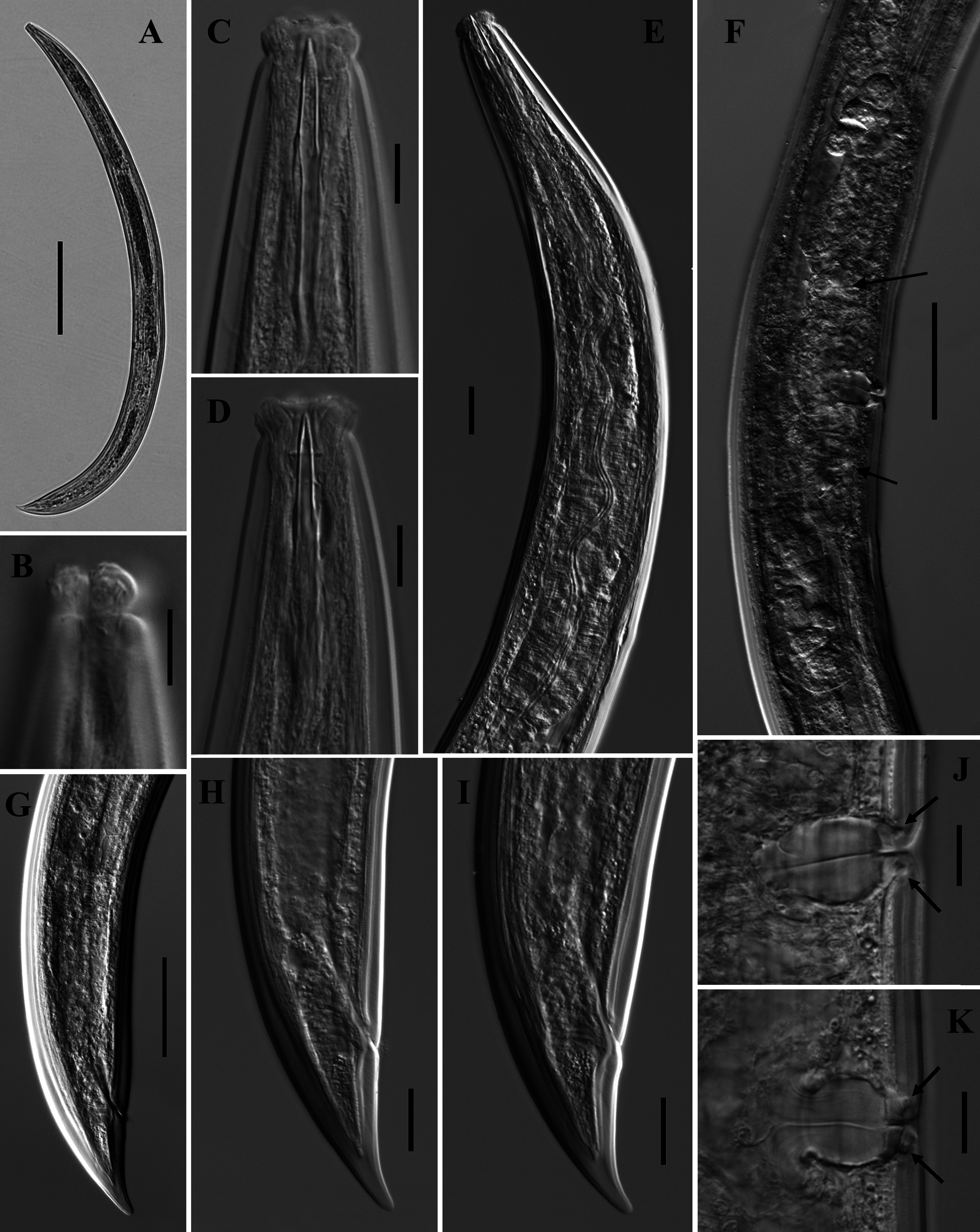 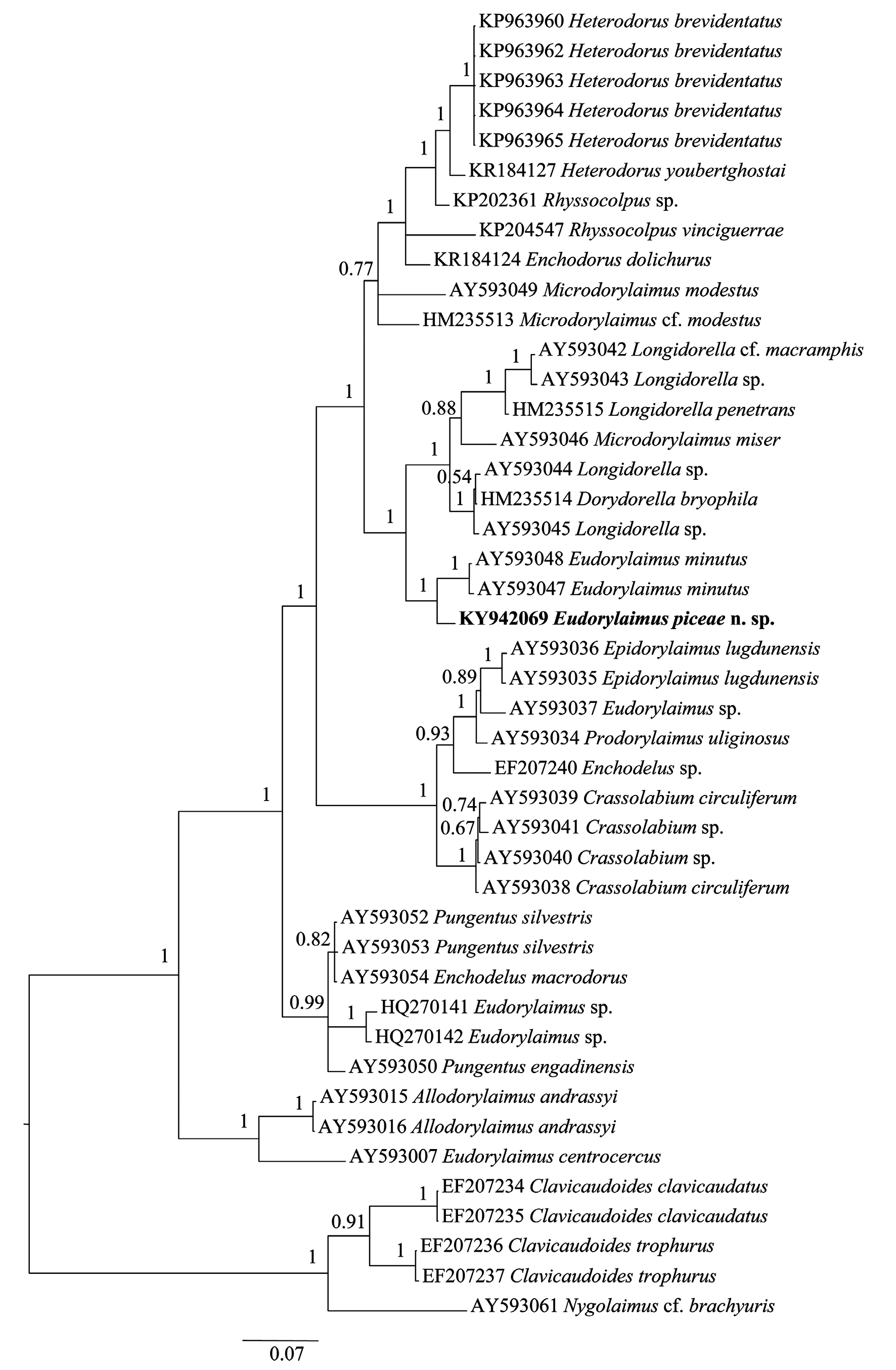