Werner (1936) reported a male and a female from Pickering Brook and a female from Upper Blackwood District, Brancaster (J. M. Whistler coll.). L. E. Koch (1977) examined the latter specimen and noted that it is a male contrary to Werner (1936) and listed it as a syntype of U. bicolor  lodged in the ZMH. Koch also studied the specimens from Pickering Brook and determined them as male and female syntypes of U. bicolor  . The specimen from Brancaster could not be found in the collection of the ZMH and may be lost. Given the discrepancies between the sexes of the specimens examined and the sexes reported by previous workers, we decided not to designate a lectotype. The male reported by Werner and Koch should ideally be designated as lectotype but the specimen could not be found during the course of this work. 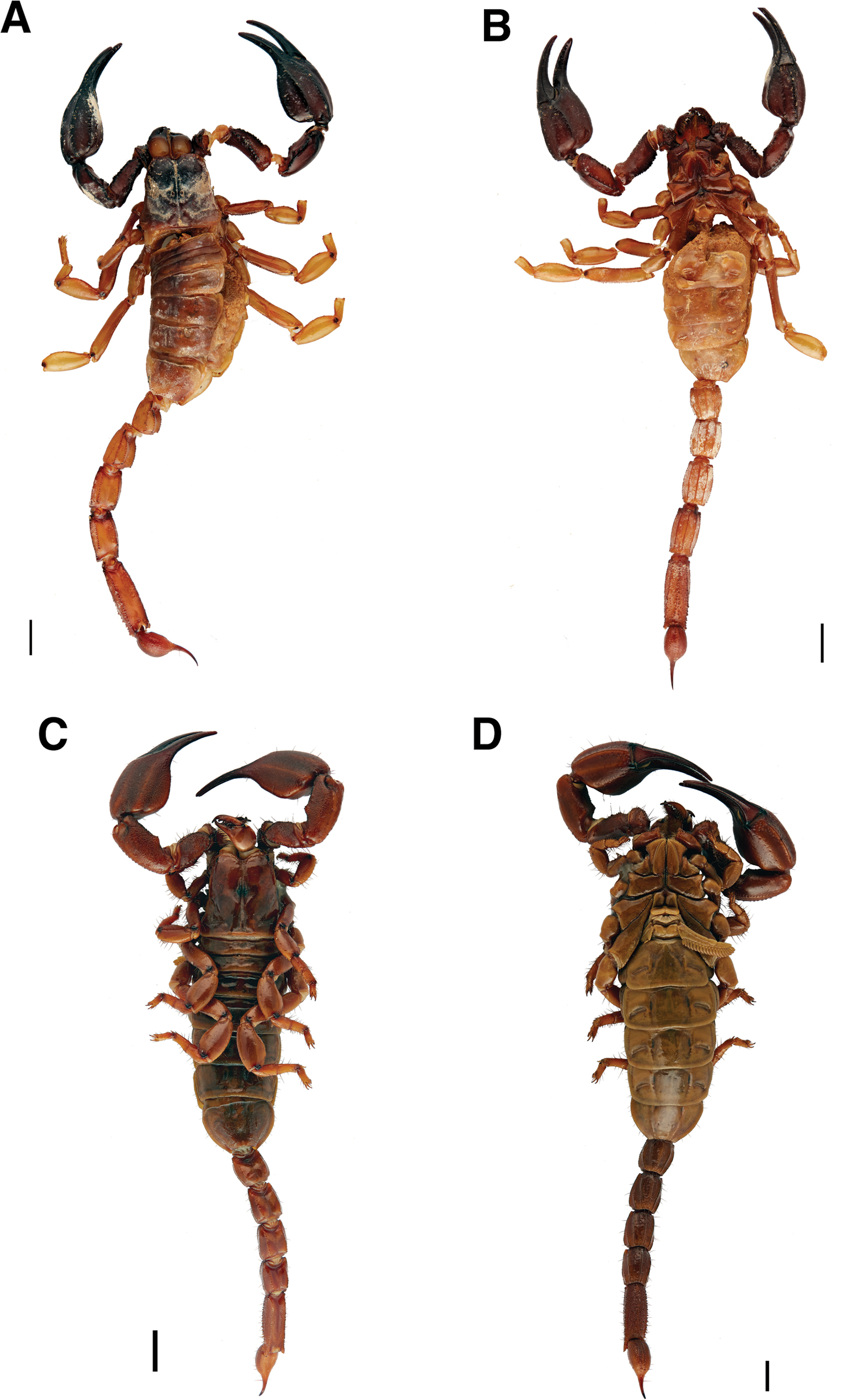