Perennial, 40-70 cm tall, herb, with thickened, fusiform or oblong tubers, tubers generally at stem base, rarely far away. Stem erect, simple or 3 times branched above, hollow, furrowed, minutely scabrid below, glabrous above. Basal leaves lanceolate or oblong in outline, 2-3 pinnate, 17-45 × 5-9 cm, leaves lamina longer than petiole; segments of lamina opposite at rachis, deeply pinnatisect, ultimate segments linear or elliptic up to 6 × 1 mm, excurrent into a setaceaus tip. Upper leaves similar to basal one, but only a few which reduce upwards. Umbel with 12-18 slender rays of sub-equal length, up to 2 cm, becoming slightly thickened in fruit. Umbels 5 cm diam. at flowers and 3 cm diam. at fruit. Bracts 8-9, lanceolate, 8-10 × 1.5-2 mm. Umbellules conical with unequal thickened pedicels in fruit, 20-30 flowered, about 1 -1.5 mm diam., pedicels of sterile flowers longer than fertile ones. Bracteoles 9-13, elliptic-linear, 2-3.5 × 0.5-1.5 mm. Petals radiating, white, cordate, to 2.5 mm long. Sepals ovate, 0.3-0.4 mm, acuminate at apex. Filaments at least two times longer than petals. Stylopodium is conical and not exceeding calyx teeth. Styles about as long as the body of the fruit (ca. 3 mm), erect. Fruit ovate to cylindrical, 3 × 2 mm, striate, laterally and base of fruit slightly spongiose margin.

Oenanthe millefolia   is distributed in Bulgaria, North-eastern Greece and European Turkey (Fig. 1 View Figure 1 ). No threat factor was observed against the habitat of the species. The populations are represented by many healthy individuals. The flowering time is between June and July, the fruiting time is August. It grows on clearings of Pinus   and Quercus   forest between the altitudes of 240-450 m and shares the same habitat with the species of Oenanthe pimpinelloides   L., Helianthemum racemosum   (L.) Pau, Trachystemon orientalis   (L.) G. Don., Crupina vulgaris   Cass, Pinus nigra Arn. subsp. pallasiana   (Lamb.) Holmboe, Pulicaria dysenterica   (L.) Bernh., and Anthemis altissima   L.

Mericarps have three dorsal and two lateral primary ribs. The lateral ridges are more prominent and broader than the dorsal ones. The lateral ridges extend towards the base and cover the base of mericarp. Sepals are generally distinctive and persistent in Oenanthe   species. Stylopodium is conical and not exceeding calyx teeth. Stylopodium ending with style is almost as long as the fruit. The surface ornamentation of the pericarp is longitudinally striate. The pattern is formed by rectangular cells. Stomatal cavities are observed on the pericarp surface and the density increases towards the calyx (Fig. 3 View Figure 3 ). The style surface is ribbed.

Petiole anatomy: Petiole is almost straight in cross section, ovoid in outline and slightly-canaliculate on the lower surface. Scabrid hairs rarely occur between cubic epidermis cells. Cuticle, epidermis and collenchyma structures are designed in almost the same manner as the stem. Secretion canals between collenchyma and concentric vascular bundles are significant. Xylem elements are dominantly distributed. The pith is composed of large circular cells with a hollow centre (Fig. 4C-D View Figure 4 ).

Leaf anatomy: The epidermal layer consists of rectangular or circular cells in both adaxial and abaxial directions. Stoma exist on both surfaces. There are large respiratory spaces under the stomata. Mesophyll is composed of two-row palisade and one or two-row sponge parenchyma cells. Large ventilation spaces exist between sponge parenchyma cells. Xylem elements are located through the abaxial side and phloem elements are located through the adaxial side (Fig. 4E-F View Figure 4 ).

Fruit anatomy: The fruit is schizocarp with two mericarps. The pericarp forms a thin layer around the endocarp and seed. There are single-line and horizontally located epidermal cells on the surface. The mesocarp is formed by 2-3-row small cells. Both epidermis and mesocarp cells have significant thickness. Five ridges are seen on each mericarp. Vascular bundles are located on these ridges. They are reduced. Secretion canals are located on vascular bundles. Pericarp is surrounded with sclerenchymatic tissue which makes a continuous ring up to the carpophore. The sclerenchyma layer is composed of irregular cells with thick walls. There are 4 dorsally and 2 ventrally vittae. Oval-shaped vittae are located in the vallecular region. Endoderm is located as one line under the vittae and seems to be integrated with the testa. The seed is composed of endosperm and testa with a thickened cell wall. Endosperm contains large quantities of lipid and protein. There are many druse crystals in the endosperm. When the section is taken from the middle of the mericarp, the embryo cannot be observed because it is small and close to the tip (Fig. 4G-H View Figure 4 ). 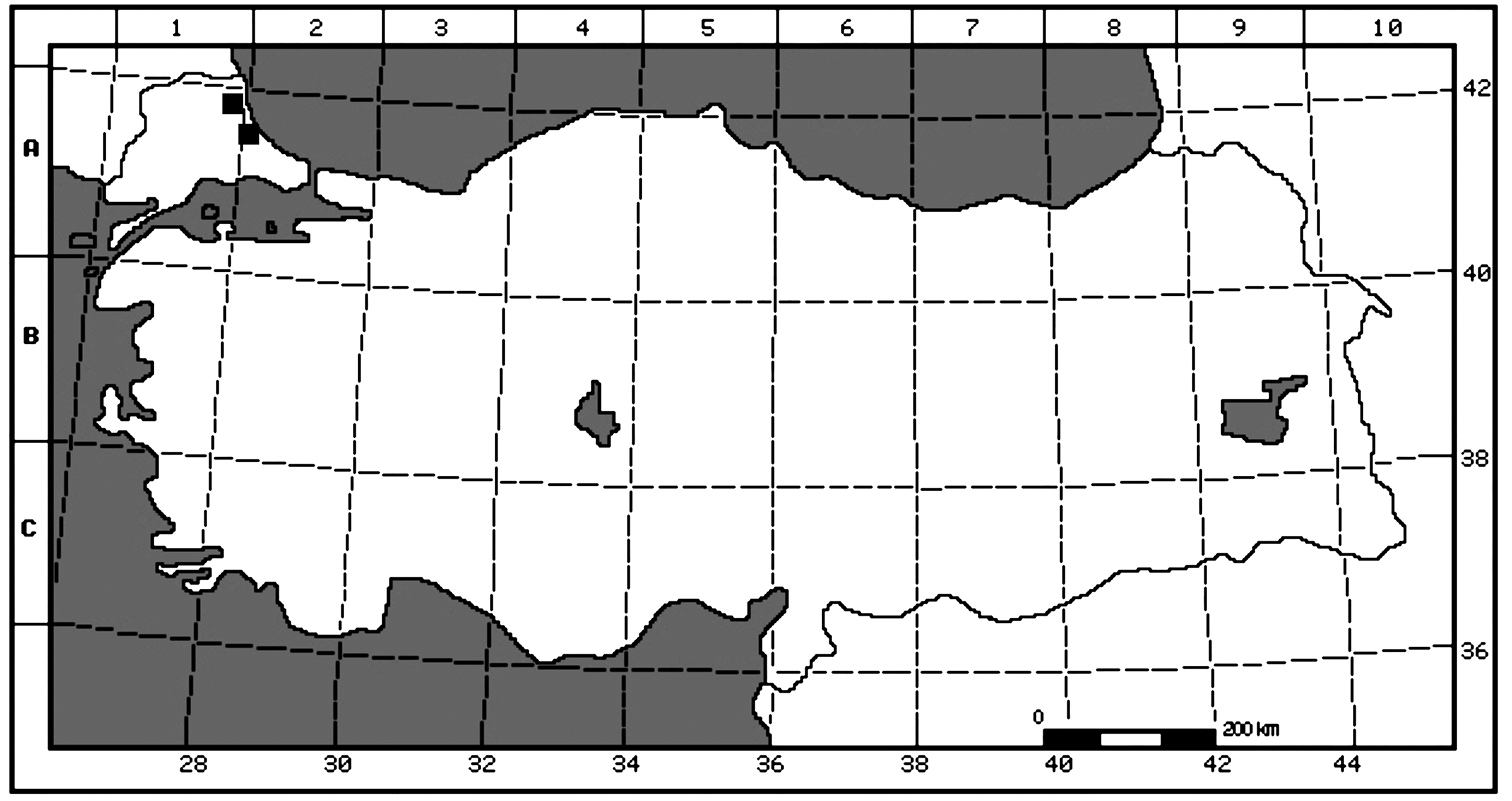 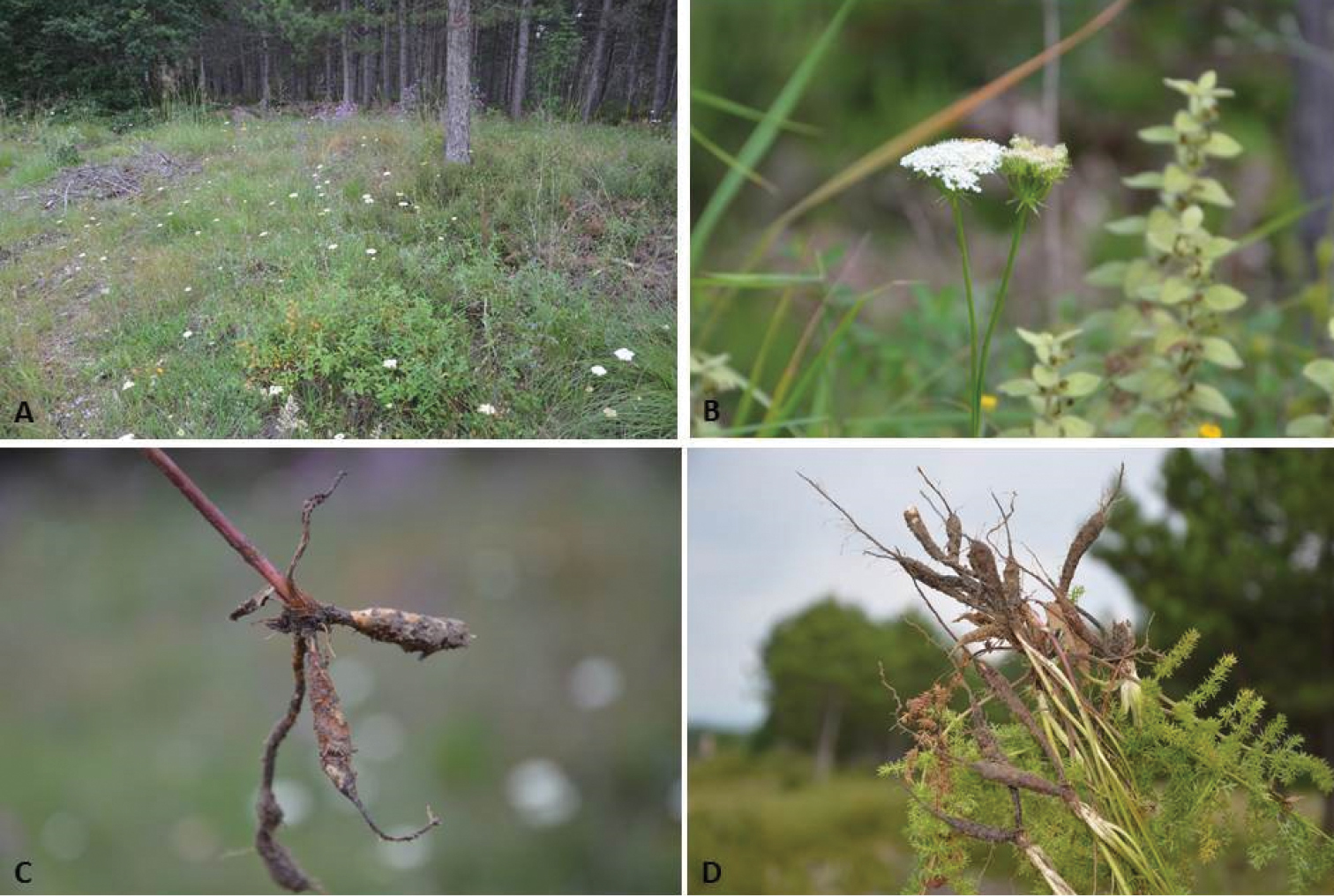 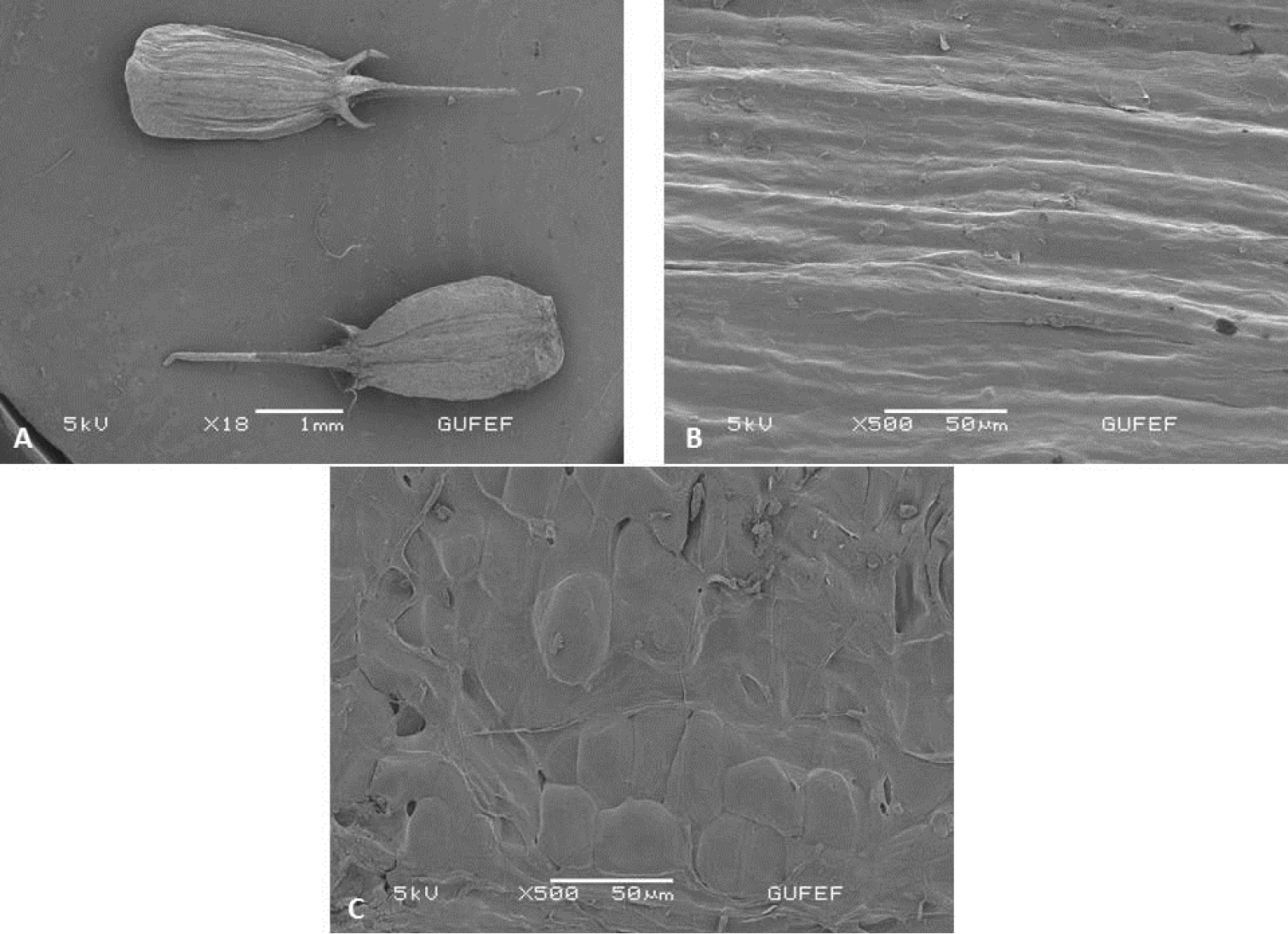 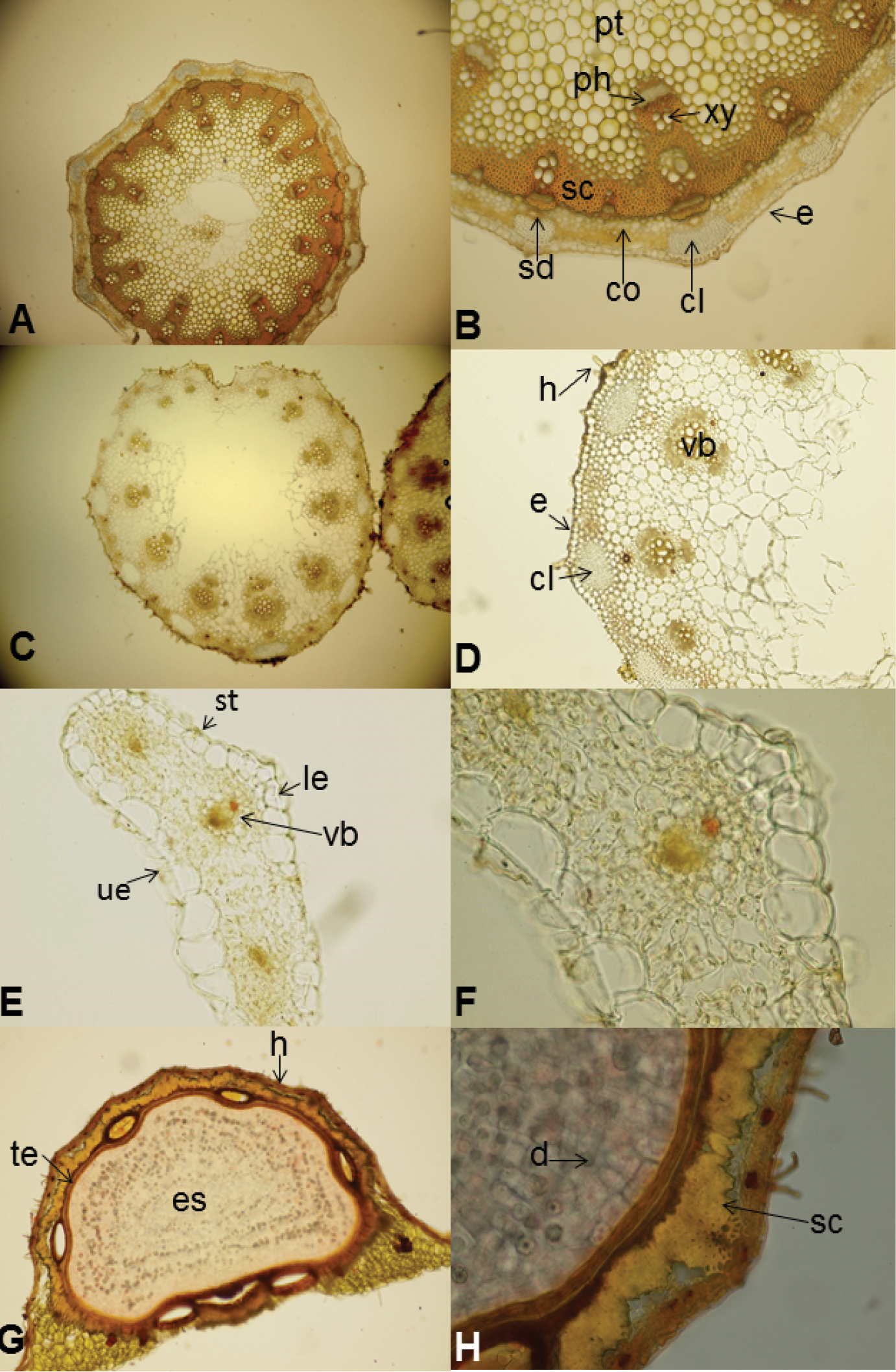