Small species. Head rounded to weakly five-lobed with two pairs of cephalic sensory ciliary tufts. Hypostomium absent. Two pairs of dorsal sensory bristles present, the posterior pair emerging from specialized sub-triangular double-keeled scales at U 79. Furca straight with adhesive tubes constituting approximately half of the total furca length. Head and neck regions may be naked or covered by smaller scales similar to those of the trunk region (Balsamo 1980). Dorsal trunk surface covered by three-lobed to pentagonal scales, in general with short simple spines; however, 7–8 larger scales in the trunk region bear longer barbed spines, 18–22 µm in length, while others may be deprived scales altogether. Anterior to the furcal branches a pair of double-keeled round to sub-rectangular scales sometimes present, surrounded by four pairs of elongated three-lobed scales, similar to those of C. (H.) hystrix   .

Mouth terminal to subterminal. Pharynx with weak anterior and posterior swellings. PhIJ at U 27–29. Intestine straight with anus at U 82–83.

The Swedish specimens were in parthenogenetic or post-parthenogenetic phase. Two specimens had a well developed horseshoe-shaped X-organ. One of them also showed packets of apparently rod-shaped spermatozoa anterior to the X-organ. C. (H.) aemilianus   is one of the most variable gastrotrich species and four different forms have been described (Balsamo 1980). The Swedish specimens had a naked head region and a more or less naked neck region. In the trunk region they had 7 long barbed dorsal spines and posteriorly a pair double-keeled scales at the base of the furcal appendages. The interciliary field was covered by rounded smooth scales. Considering those features the material studied appear most similar to form B or D (Balsamo 1980). 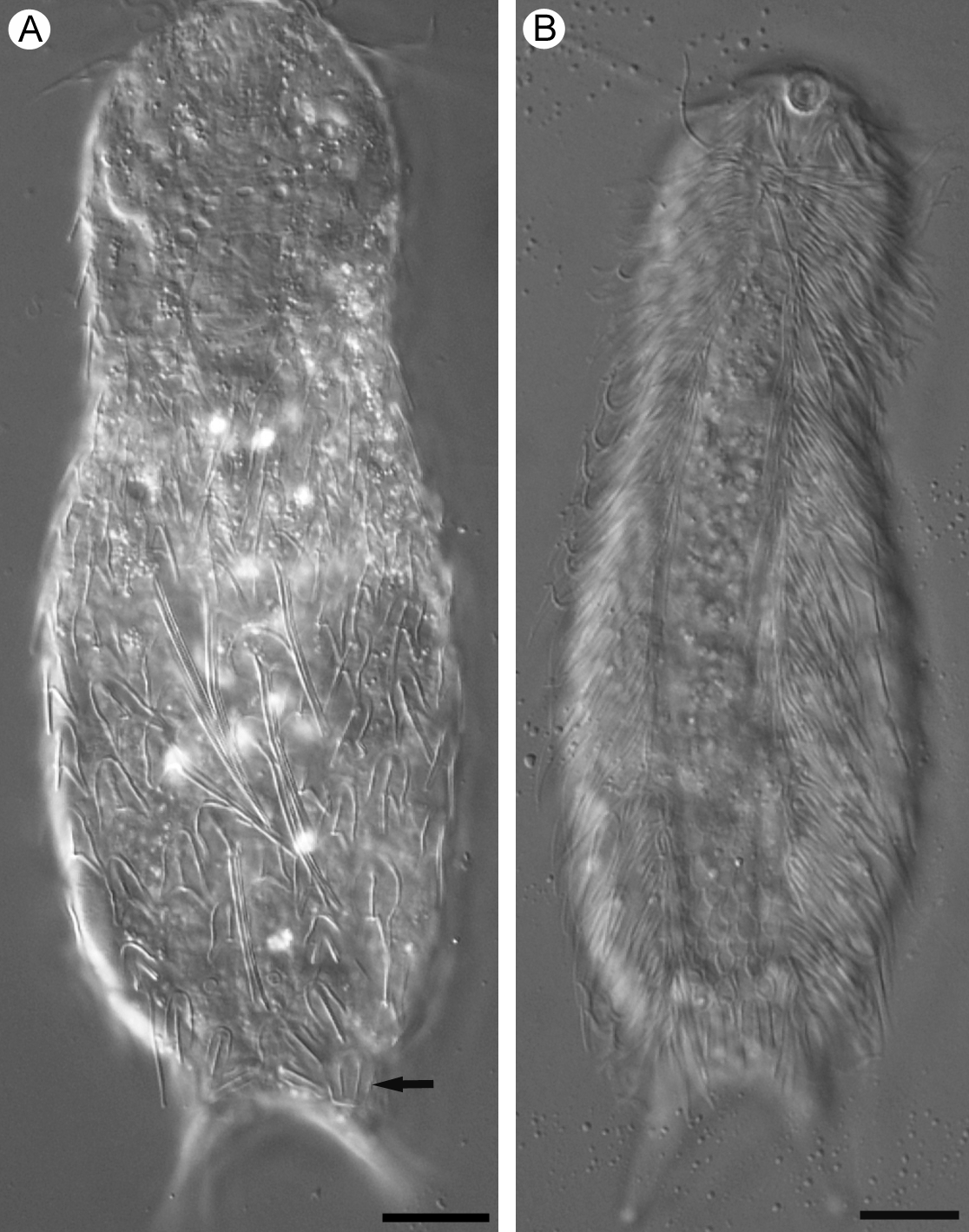