Diagnosis. The only known member of the species-group is similar externally to species of the P. crinomima   species-group ( Figs 15–20 View FIGURES 9–16 View FIGURES 17–20 ), but its male genitalia are clearly different from those of other groups of the subgenus by the massive vinculum, the valva being very broad basally and having a wide clavus and an elongate and narrow dorsal costal protrusion, and the almost symmetrical digiti which are strongly asymmetrical in other groups. In the female genitalia, the elongate ovipositor and short signa bursae are characteristic. 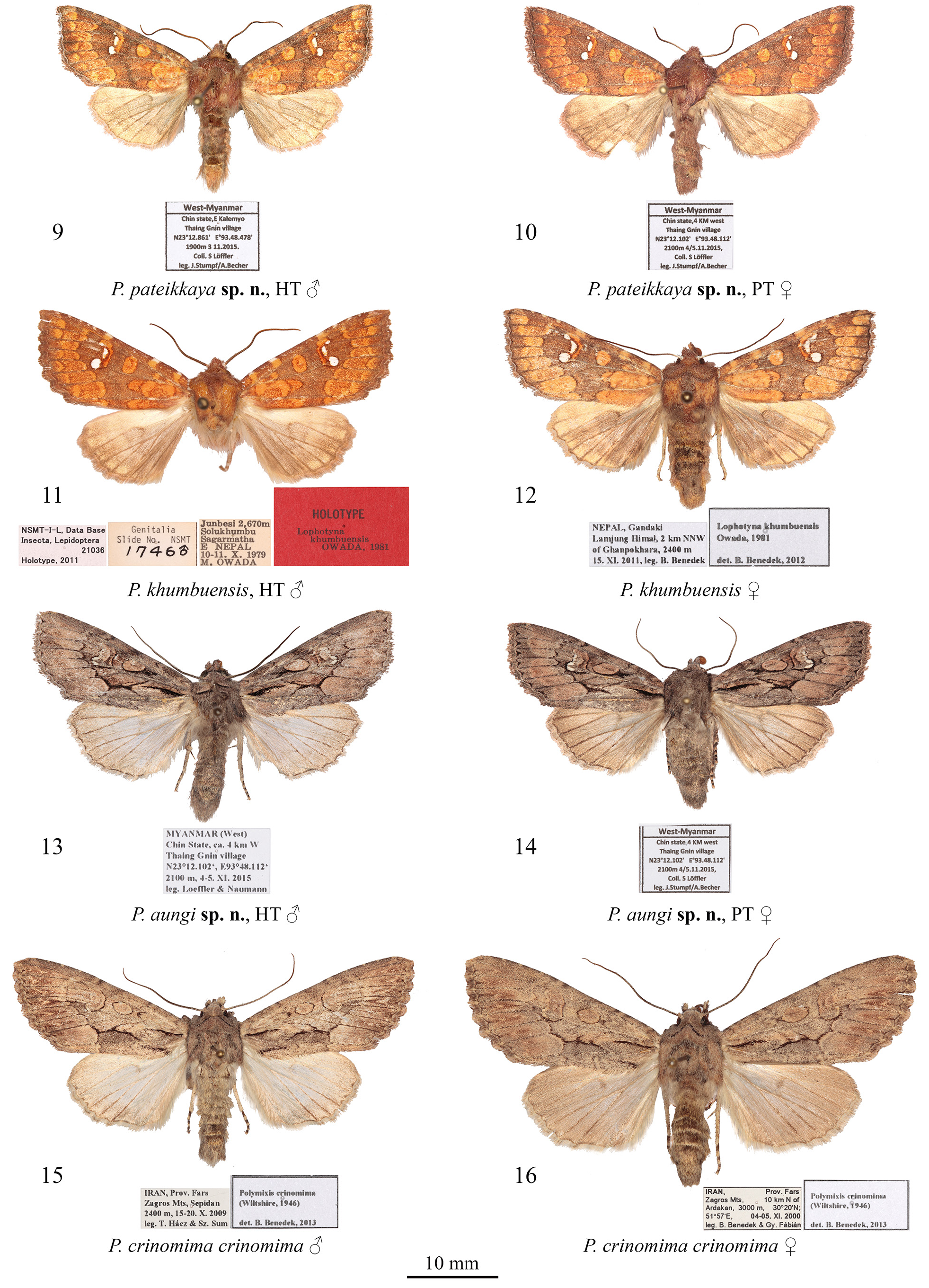