Derivation of name. Named after its host genus Euthamia   .

Virtually nothing is known about the immatures of the North American Craspedolepta   species. Descriptions exists only for C . nebulosa (Zetterstedt, 1840) and C . subpunctata ( Foerster, 1848), two Holarctic species associated with Epilobium angustifolium   ( Onagraceae   ) ( Ossiannilsson 1992). Both species share the 3-segmented antennae with C . euthamiae   but differ in the circumanal ring that consists of several rows of pores.

Craspedolepta numerica   was reported “from southwestern United States and Mexico, though some specimens from Florida seem to fall within this species” ( Journet and Vickery 1979). From Florida, they mentioned specimens from Garnett, Mascotte and Hilliard which we examined (USNM). The material from Garnett belongs to C . numerica   of which we have examined the types (USNM) ( Fig. 76–78, 81 View Figures 72–81 ), however, Garnett is not in Florida but is in Kansas. The specimens from Mascotte and Hilliard belong to C . euthamiae   and constitute a part of the type series. Craspedolepta euthamiae   and C . numerica   are similar in body size, forewing shape with spotted membrane ( Fig. 48 View Figures 44–55 ), the surface spinules forming hexagonal pattern consisting of a single row of spinules ( Fig. 49 View Figures 44–55 ), the shape of the aedeagus ( Fig. 75, 78 View Figures 72–81 ) and the female terminalia ( Fig. 79, 81 View Figures 72–81 ). They clearly differ in the shape of the paramere and the presence or absence of tubercular microsculpture on the inner surface ( Fig. 73, 74 View Figures 72–81 versus 77). 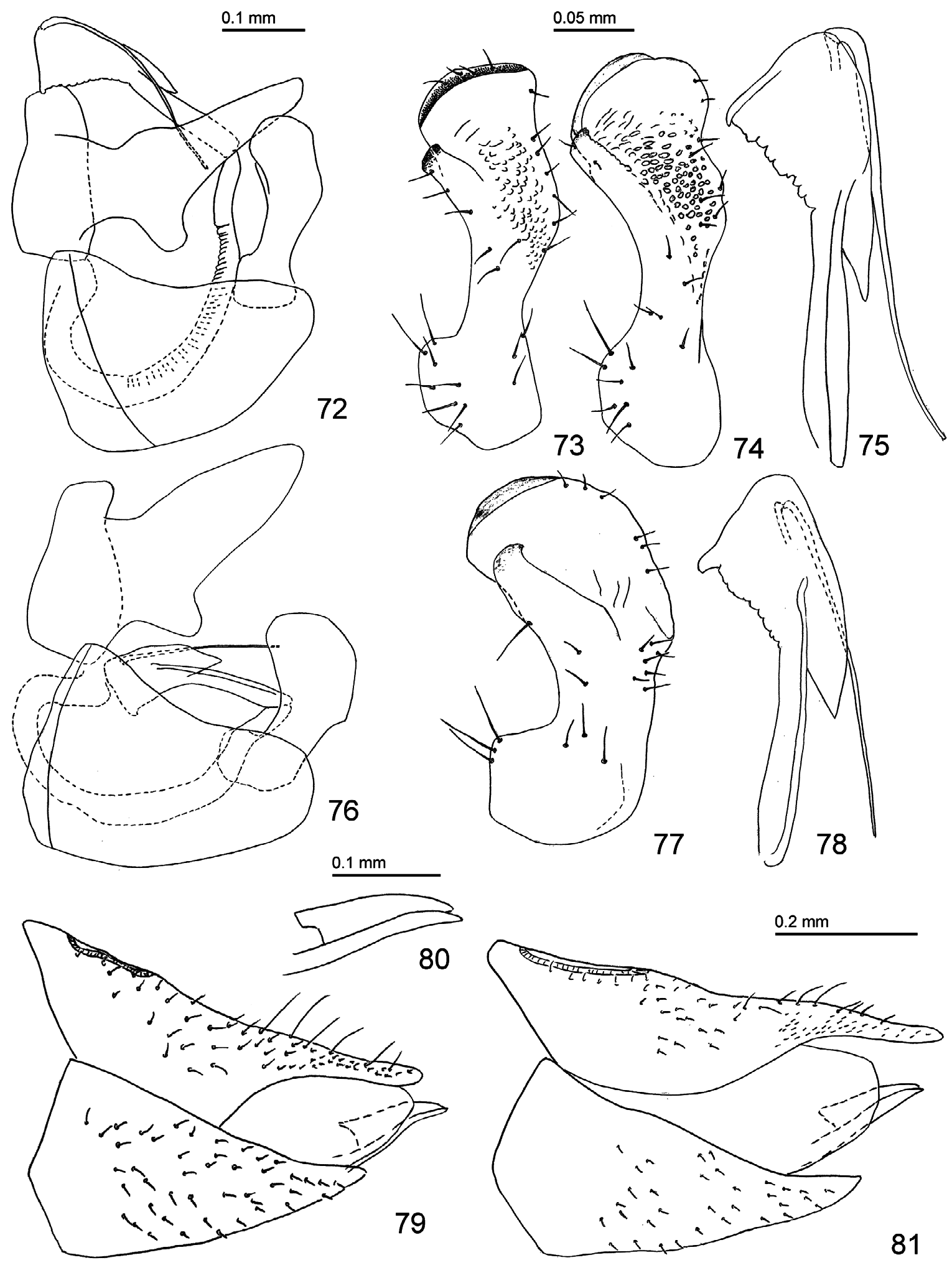