Diagnosis. Blastopsylla occidentalis   ( Fig. 92 View Figures 92–96 ) was described from its native Australia and from California, where it is adventive ( Taylor 1985). Description see Burckhardt and Elgueta (2000). Halbert et al. (2001) contains a key that separates B . occidentalis   from other psyllids on Eucalyptus   in North America.

Distribution. Originating from Western Australia, well established populations of B . occidentalis   also were discovered in Michoacan, Mexico in 1989 ( Hodkinson 1991a). Now, the species occurs on all continents except Antarctica. Details on the distribution and the damage inflicted to Eucalyptus   are provided by Queiroz et al. (2018).

Blastopsylla occidentalis   was found for the first time in Florida in the Orlando (Orange County) area by Susan Halbert and DPI inspectors Barbara Wilder and Anthony Capitano on Eucalyptus   at an amusement park in April 2001 (FSCA# E2001-1596). More specimens were found in another amusement park in the Orlando area in May 2001 (FSCA# E2001-1989), and the identification was confirmed by Dr. Ray Gill, CDFA ( Halbert 2001b). In June 2002, two specimens were collected in the suction trap in Miami (Miami-Dade County) (FSCA# E2002-4697). The presence of the psyllid was confirmed in Miami-Dade County in 2002 (FSCA#s E2002, 4697, E2003-2766, 3199) when colonies were found on Eucalyptus   in Miami. The psyllid also was found in Sarasota (Sarasota County) on Eucalyptus   by Bertila Gomez and Julieta Brambila in June 2003 (FSCA# E2003-2302). Since then, there have been numerous detections, particularly in suction traps.

Comments. In Florida, B . occidentalis   is inconspicuous. The insects form small flocculent colonies on the newest growth of Eucalyptus   trees. Flight occurs year around in Florida, with most abundant collections in the late spring and early summer. We suspect the Florida population arrived on imported Eucalyptus   trees from California. 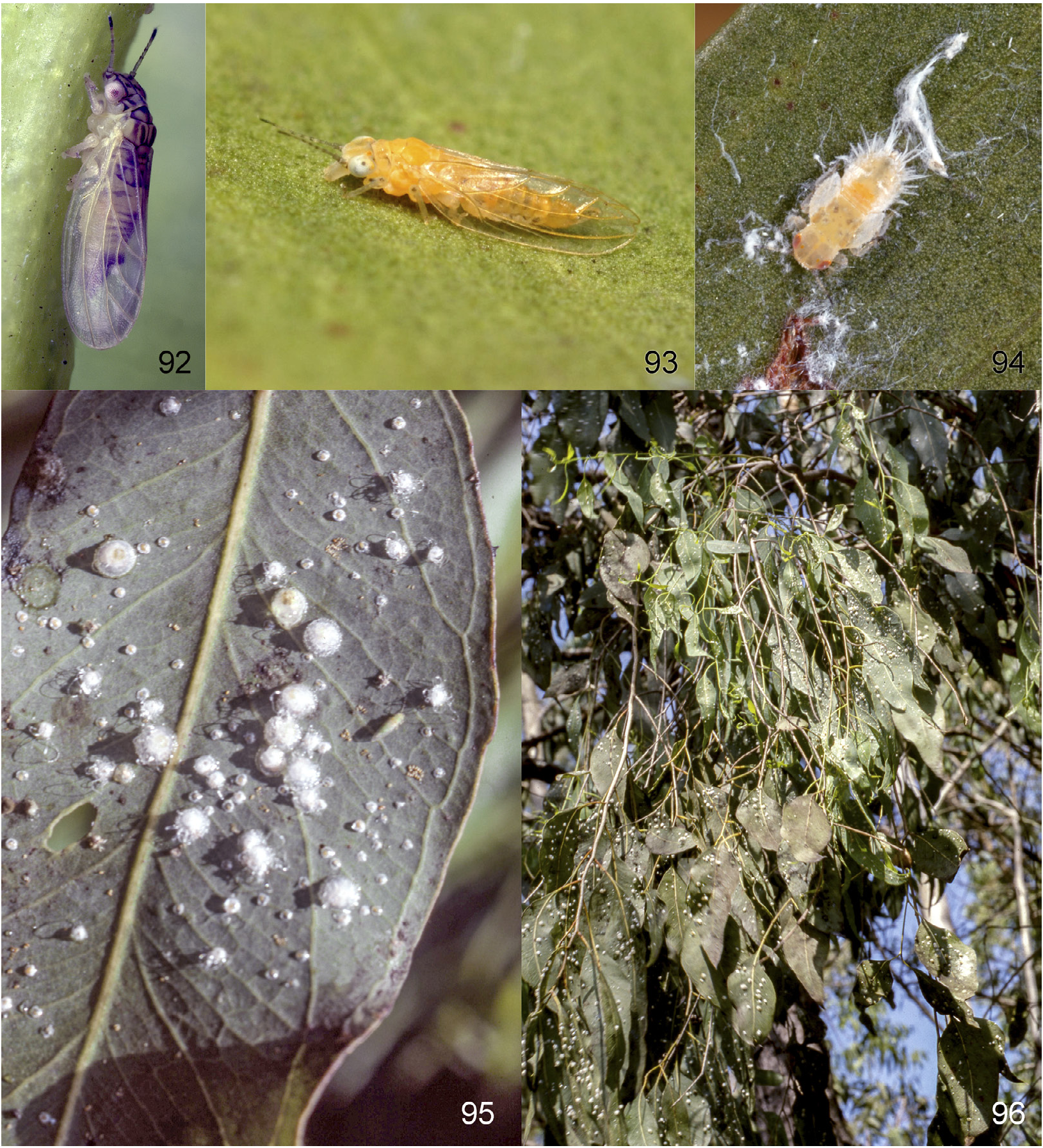