Distribution. This species was described from Japan, is widespread in East Asia, and is adventive in the Middle East, Europe and North America ( Ouvrard 2020). It was first discovered in the USA in September 2006 ( Ulyshen and Miller 2007). The first Florida records were reported from a survey in June 2007 by Wheeler and Hoebeke

Comments. Eggs ( Fig. 143 View Figures 139–148 ) usually are laid in clusters at the base of the leaflets. Immatures ( Fig. 144 View Figures 139–148 ) are freeliving on the young leaflets of the host. This newly arrived species might have been missed because it shares the host in Florida with Heteropsylla huasachae Caldwell   , which can be overwhelmingly abundant on the plants. 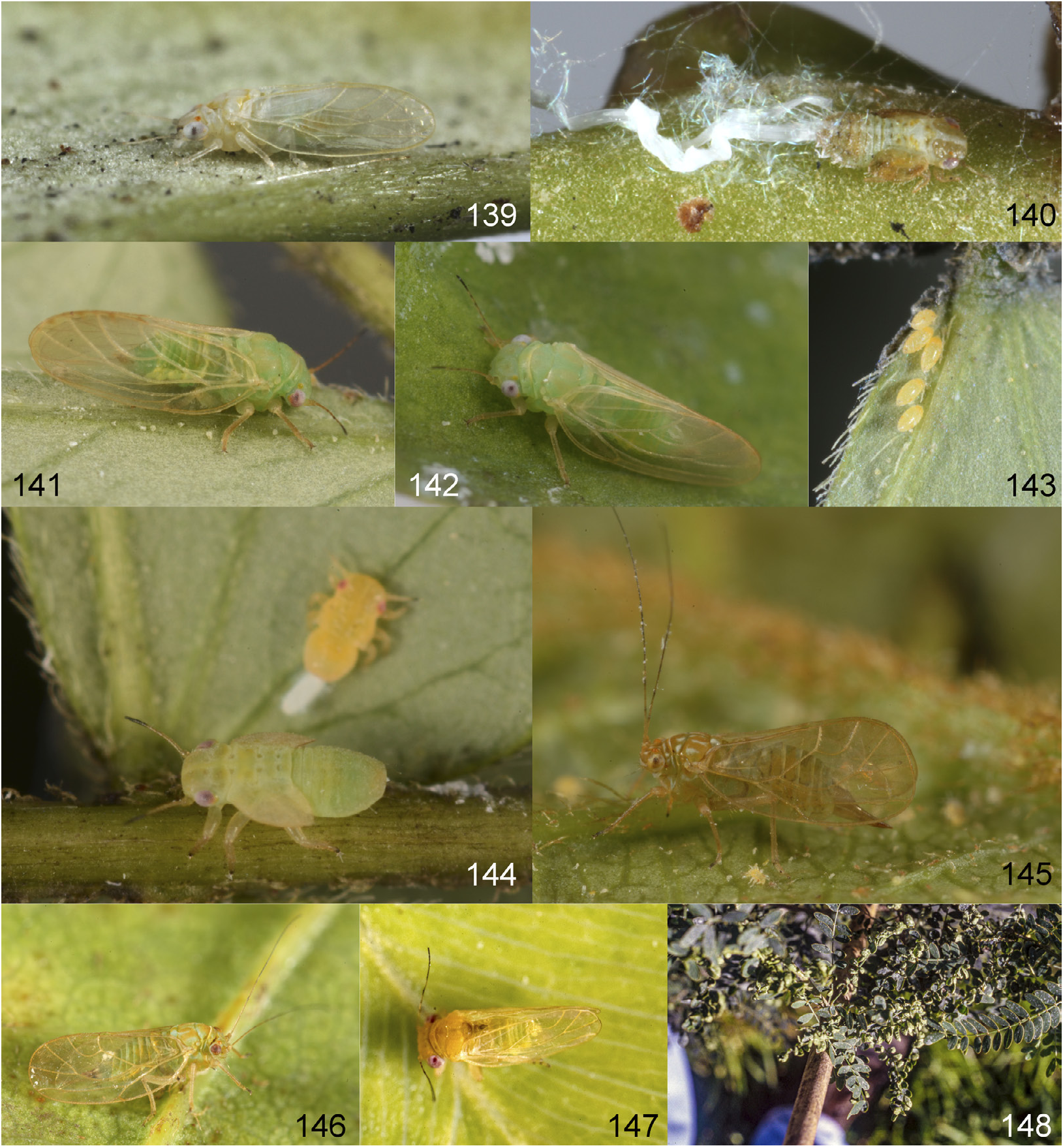