Remarks. The body surface of the holotype was partly covered with inorganic brownish matter apparently derived from the microhabitat sediments ( Fig. 1 View FIGURE 1 ). A similarly adherent, difficult-to-detach, brown-orange or darkbrown covering has been observed in other species of Axianassa   ( Anker 2010; Anker & Pachelle 2016).

The present new species appears morphologically most similar to the eastern Pacific A. mineri Boone, 1935   , known from Panama, Costa Rica and Mexico ( Anker & Pachelle 2016). The two species share the presence of an unarmed short rostrum; distally bidentate antennal scaphocerite; and the absence of a transverse suture on the uropodal exopod. Nevertheless, A. planioculus   n. sp. is easily distinguished from A. mineri   by the better developed rostrum concealing the eyestalks in the dorsal view (vs. broadly rounded, with the eyestalks exposed in the dorsal view), the suboval telson (vs. subtrapezoidal), the terminal position of the cornea on the eyestalks (vs. subterminal), the possession of only one spine on the ventral margin of the maxilliped 3 ischium (vs. three spines present), the unarmed carpus of the maxilliped 3 (vs. armed with one conspicuous spine at ventrodistal angle), the unarmed ventral margin of the cheliped merus (versus armed with one small spine), the better developed teeth on the occlusal margins of the pereopod 1 fingers, the unarmed uropodal endopod (vs. armed with one dorsal and one posterior marginal spines) and the uropodal exopod bearing only a few minute spiniform setae on the posterior margin (vs. some spiniform setae and spines present on posterolateral to posterior margin) ( Kensley & Heard 1990: 563: fig. 4; Anker & Pachelle 2016: fig. 1).

Two other species of Axianassa   are currently known from the western Pacific, viz., A. ngochoae Anker, 2010   and A. sinica Liu & Liu, 2010   , none of them yet recorded in Japanese waters.As mentioned above, Axianassa heardi   and A. japonica   were transferred to Heteroaxianassa   by Sakai (2016). Axianassa planioculus   n. sp. is readily distinguished from the two congeneric species by the short, bi-spined antennal scaphocerite and the possession of two rows of spiniform setae on the extensor margins of the pereopods 3 and 4 dactyli. In A. ngochoae   and A. sinica   , the antennal scaphocerite is elongate and dagger-like in the shape; the pereopods 3 and 4 dactyli each has a single row of spiniform setae on the extensor margin. All these three species are found in intertidal and shallow subtidal mudsand flats down to 33 m. The new species thus represents the third western Pacific species of Axianassa   , the first to be recorded from Japan.

Etymology. From the combination of the Latin, planus (flat) + oculus (eye), in reference to the flattened eyestalk of the new species. Used as a noun in apposition. 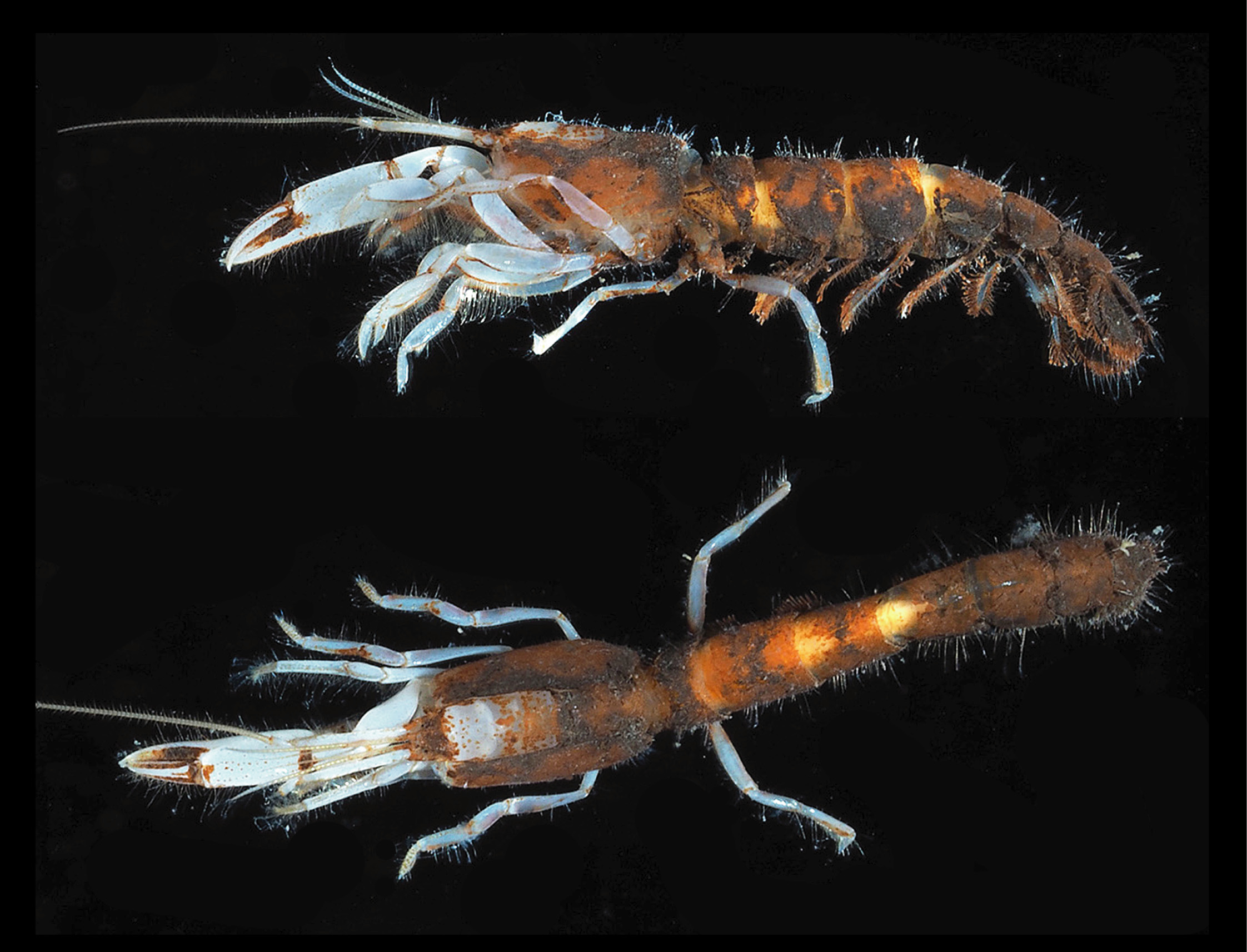 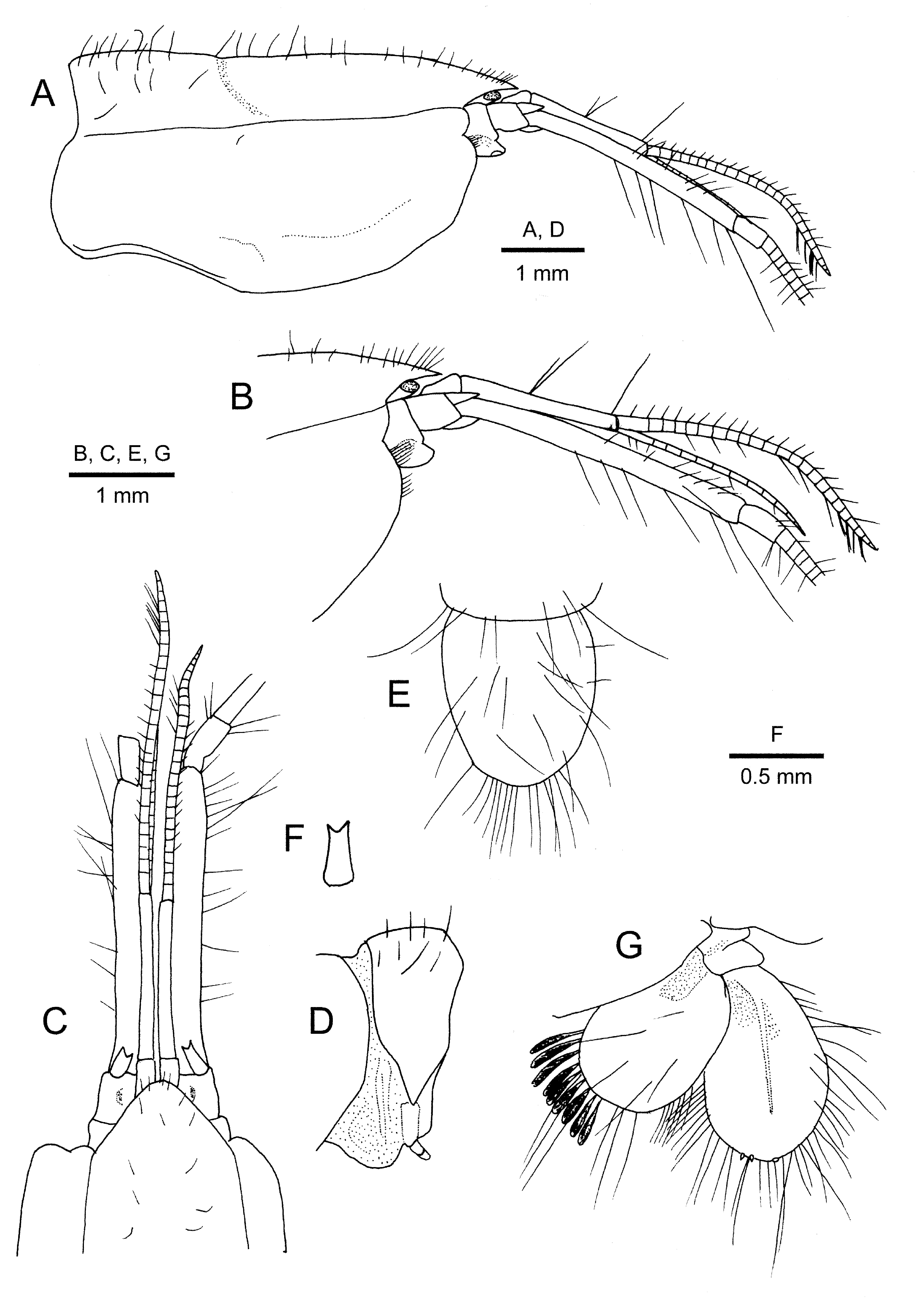 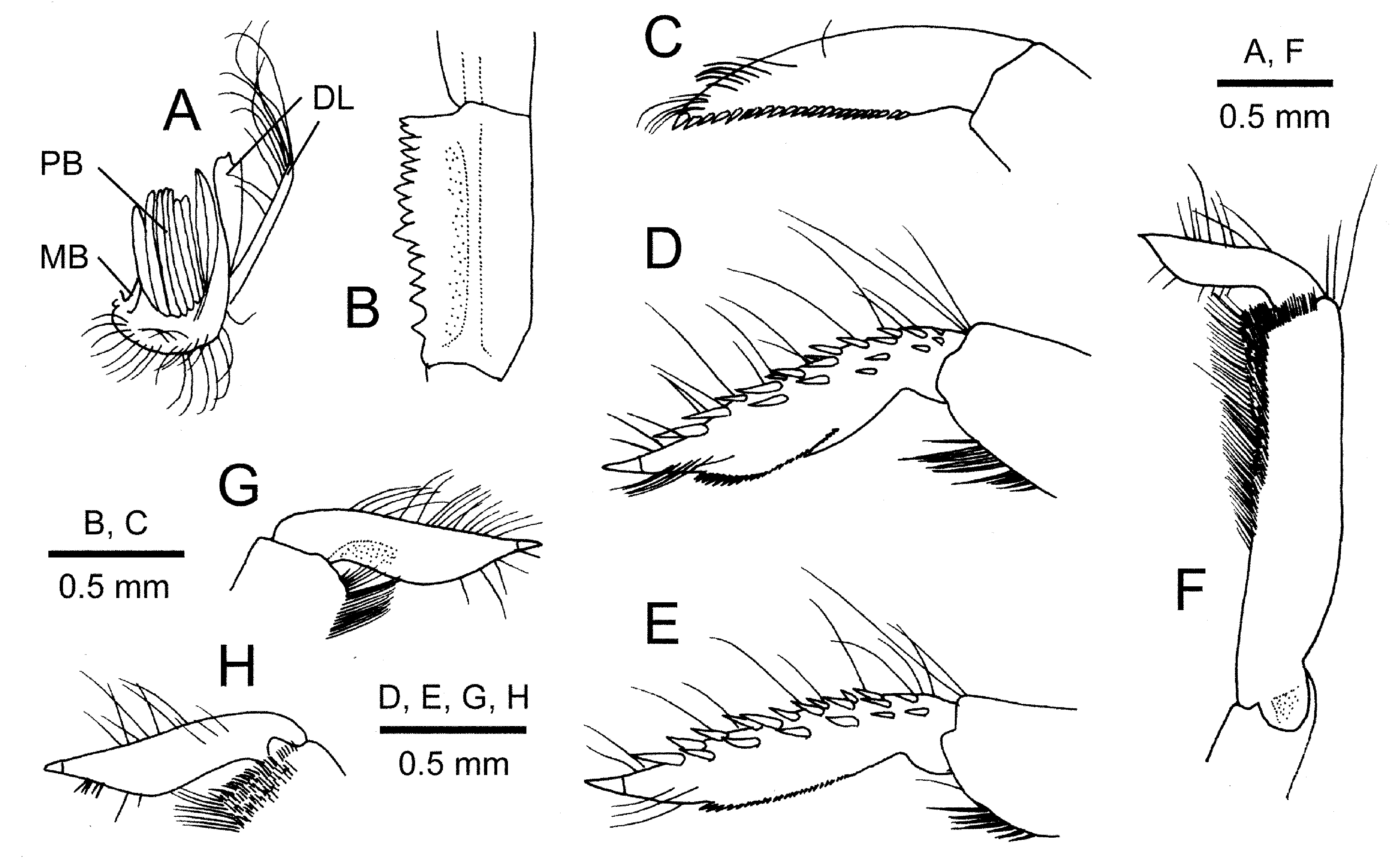