This species was recorded in Nova Scotia by Evans (1899), however, this record appears to have escaped the attention subsequent authors including Campbell (1991 e). This record and others (above) establish its presence in Nova Scotia ( Fig. 6View FIGURE 6). In Canada recorded from the Yukon and Northwest Territories east to New Brunswick, and in Newfoundland and Labrador ( Campbell 1991 e); in the United States known from Maine ( Chandler 2001) south to New York, and west to Indiana, Michigan, and Minnesota ( Downie & Arnett 1996). Associated with pine ( Pinus  spp.) ( Downie & Arnett 1996); detailed bionomics are unknown. 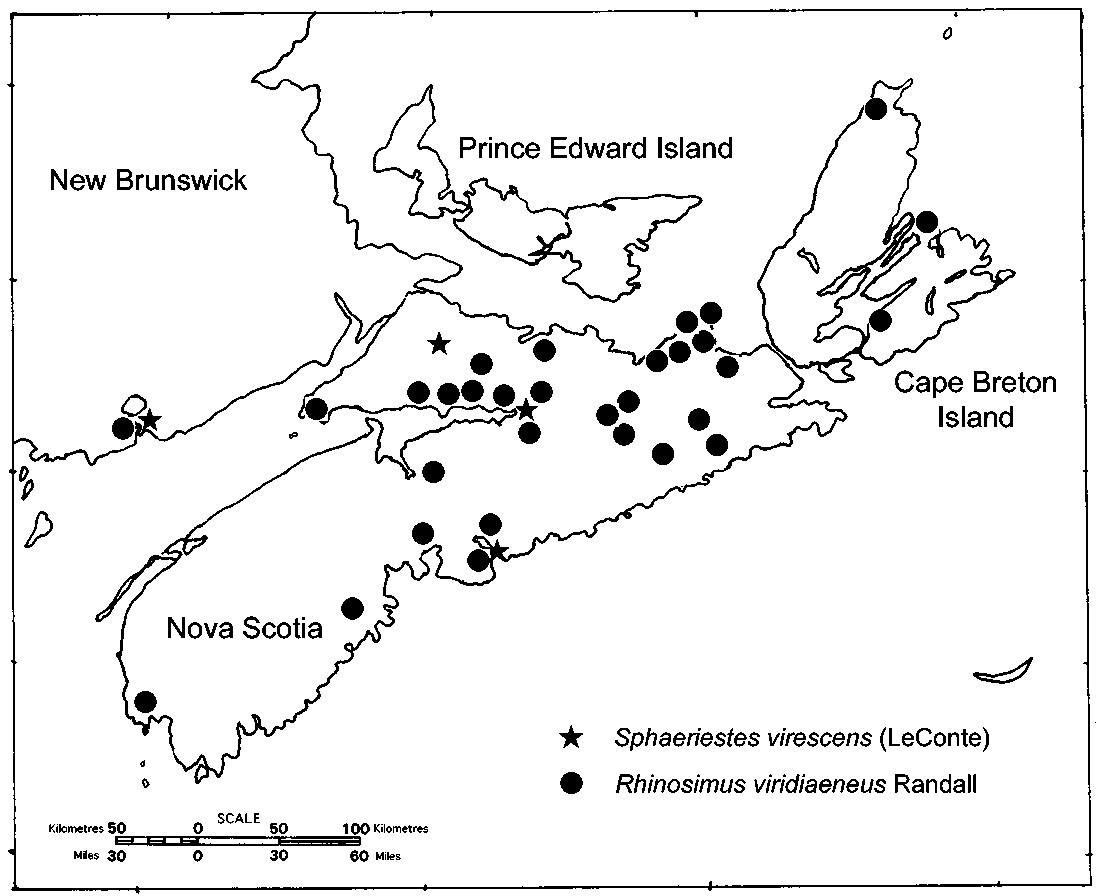